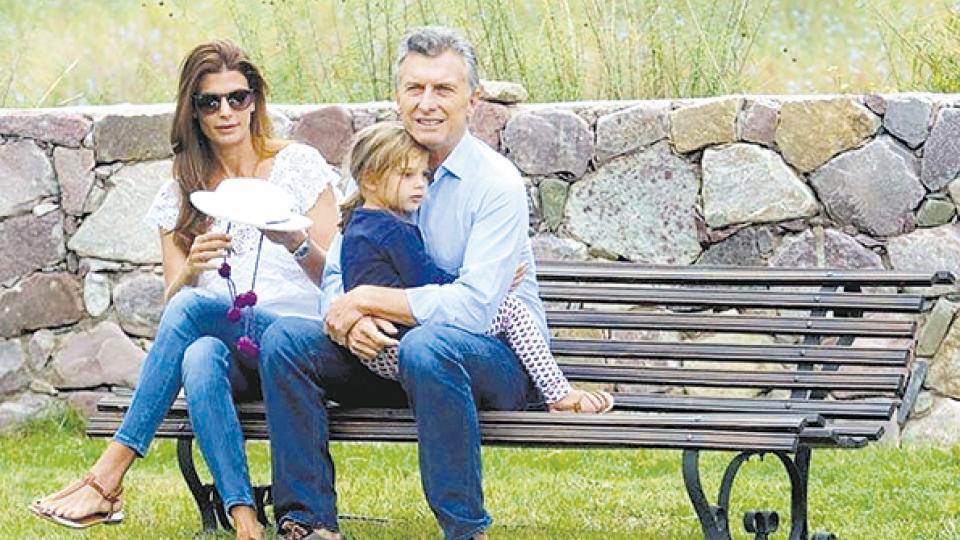 After the scene in which Mauricio Macri worried about the suffering of the population in the house of a neighbor of Colegiales and said that "everything needed a relief", the president went to seek his own relief: he got on a plane and He went on vacation . The president this time chose Alta Gracia as destination, Cordoba, where he traveled with his wife Juliana Awada and his daughter Antonia. There, after saying that inflation "affects us all" and showing empathy to those who can not even buy the basics, he will play golf on a private property in a gated neighborhood with high security.

There is nothing strange about Macri taking a vacation: it is what he does every time he can since he came to an executive position in 2007 when he took over as head of government. Faithful to his custom, Macri took advantage of Holy Week to have a few days of rest. This time he did not go to Chapadmalal, although he chose another recurring destination: Alta Gracia, in Córdoba.

The president flew with Awada and Antonia. Disembarked by helicopter in Alta Gracia, where he chose to stay in the country Potrerillo de Larreta. It is a neighborhood of 170 hectares located in the Sierras Chicas, which has an 18-hole golf course and a hostel.

The funny thing is that Macri chose this luxury destination after suspending a tour in Belgium and France to show austerity and concern about the country's economic and social situation. Concern, video with neighbors and then vacations.

It is the third visit to Alta Gracia, where he rested on December 8, 2017, amid the uproar generated by the request for immunity of former President Cristina Kirchner, and in December 2016, after the opposition approved the draft modification. income tax.

Last weekend, for the carnival holidays, the president also decided to rest, after the opening of the regular session of the National Congress. At that time, he chose another country of luxury, but in San Martin de los Andes. On December 22, he flew to Bariloche with his family and from there to the town of Cumelén, Villa La Angostura, where he remained until January 13.

The president's taste for vacation has been controversial since his inauguration, given that the president accumulates more than four months of rest since December 2015. It was only until mid-April 2017 that the president accumulated 64 days without work. In some cases, he attended a golf tournament on the Atlantic Coast or extended official visits to devote more leisure time, as in the case of his trip to South Africa in the context of the Brics Summit, when he took a few days to do a photographic safari. In another case, he was injured in the middle of the tennis match at Chapadmalal a few days after the disappearance of the ARA San Juan submarine, which had 44 crew on board.

The issue was also controversial when he was head of government. In that case, prior to a request from the NGO ACIJ, Macri declined to say how many leave days had been taken. He only did so after being ordered by a court decision and gave a much smaller number of calculations circulating because as detailed, Saturdays, Sundays and holidays should be deducted from his vacation days.

Controversy continued during his years as president and this led to the filing of a bill in the Senate to reduce annual holidays to 14 calendar days. "Currently, there is no specific regulation on the annual leave regime of the person who holds the Presidency of the Nation. This explains why President Macri has already taken more than 120 days of vacation since he took office," said Senator Magdalena Odarda when presented the project.