Flor Vigna after the scandal with Laurita and Cabré: "They made me a quilombo, I survived and even grew stronger" 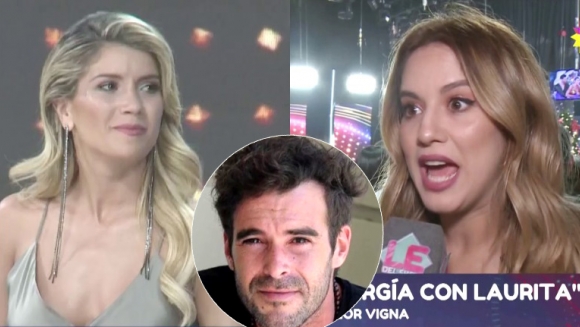 My brother's protagonist is a clone referring to the conflict he starred with his cast member and jury.

The end of Dancing 2018 he had them face to face again. After the scandal that was generated between Flower vigna with Laurita Fernández and your boyfriend Nicolás Cabré, the actress and the jury maintained a cordial atmosphere in the air. But when the cameras came out, the protagonist of My brother is a clone. He spoke like never before.

Inquired by Martin Salwe for The Show SpecialistsFlor was honest on a must-see note. Then it was the return trip between the chronicler and the interviewee:

Martin: "You've finally come, Flor. And back, you can not avoid face to face with Laurita …

Flor: No, but that's okay. It does not generate a "che, I will or I will not" thought because of Laura.

"I have to focus on my work, if I lose energy in people who do not think the same way as you, or who want to stop you, is a" energy spender. "

M: -The last time was a bit difficult …

F: I have to concentrate on my laburo. If I lose energy in people who do not think like you do out there, or who wants to stop you, you are a "spender" of energy.

M: -I know you and the subject already tired you …

F: -E, but … what do you think? You want me to take this (for makeup) and look at all the dark circles I collected for having to answer questions I did not feel like answering.

M: -And today how are you with Nico Cabré?

F: Super professional The truth is that I am very grateful to Pol-Ka, they gave me the laburo. I have studied since the age of 11 for this protagonist and fortunately the character is cool and people have followed him a lot.

"I did not like his attitude (Cabre) as a man, I do not know who is lying, if Lau or I do not know, all I want is to do my job, fortunately the whole cast knows the truth."

M: – Has the work routine changed as partners?

F: Yes, I try … I did not like his attitude as a man. I do not know who's lying. Whether Lau or I do not know. All I want is to do my job. Fortunately, the whole cast knows the truth.

M: -Then everything went wrong …

F: No, because I do not care. Because fortunately, all my comrades are on my side, the cast is perfect. The audience wants the character, not that I abandoned the role. I was worried because I was thinking: "Ah, now they will lower everything" and not. They made me a quilombo, I survived and even grew stronger. Then nothing happens.