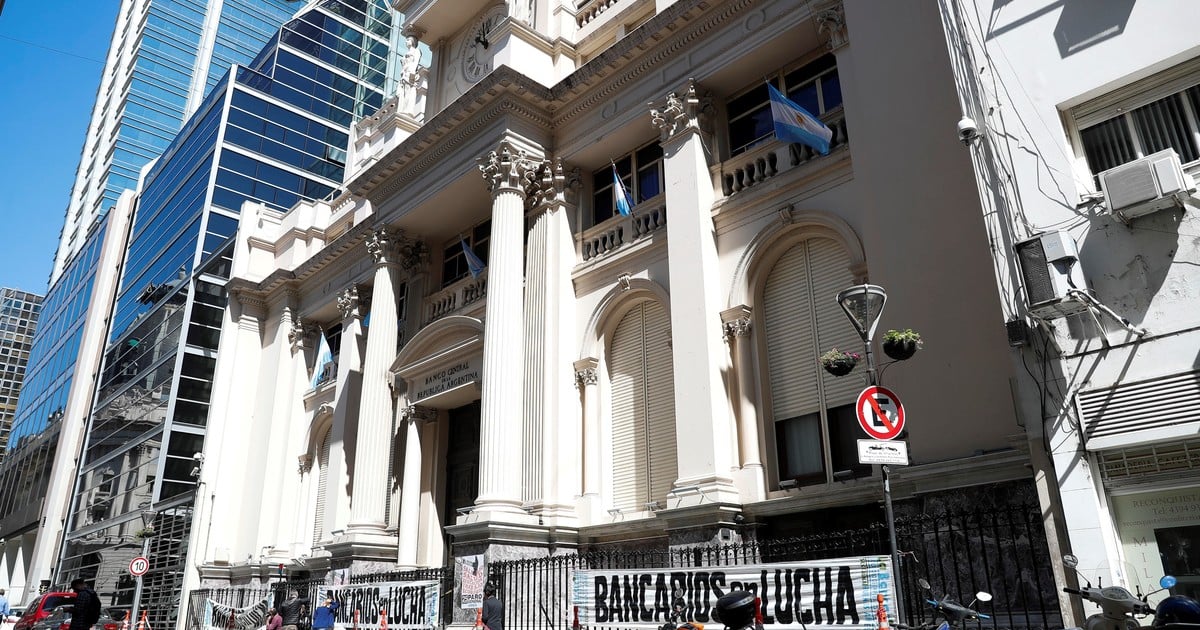 The BCRA will not eat the feud: the low interest rate will be very slow and control the dynamics of the monetary base so as not to risk a leap of exchange that devalues ​​inflation expectations / devaluation.

The exit of the Tequila crisis in Mexico teaches us that accelerating the reduction of the rate after a crisis in the balance of payments can trigger a profit taking with the risk of disengaging expectations. The Mexican Central Bank fell from 74.8% in April 1995 to 33.5% in September 1995, the dollar rose 27% and the BCRA had to raise the rate to 53%.

Although the BCRA eliminated the floor of the Leliq rate of 60% of TNA after the drop in inflation expectations, the BCRA reinforced prudence in two key aspects:

1) Announced that you will in meeting the December monetary base target (expanded by 6.3%) to a minimum of $ 16 billion. That is, they will not use the full margin of monetary expansion they have in December (US $ 170 billion taking data from the monetary base to December 5) on the side of the monetary program given the negative resistance that left November and the extended target from December. .

2) Asymmetry on the margins of the intervention changes that makes it more hawkish (prudent). In December, buying intervention in the bandwagon market changes to a maximum of $ 50 million per day (against a $ 150 million per day intervention margin on the roof of the band) with a cover at the top of the lane. accumulated monetary emission of the month of 2% of the BM's target for December (US $ 27 billion). In this sense, a lower intervention expected on the floor of the band could increase the chances that the exchange rate will pierce the lower band if the demand for pesos strengthens.

Since the effective date of the monetary program on October 1, fixed-term deposits in the private sector have experienced a boom growth of 21.3% in just 2 months., with placements above US $ 1 million, increasing almost 28% in that period.

In terms of returns, those who made a fixed term during the period obtained a return, taking the average rate of the system, 15% measured in dollars, with the combination of high peso rates and the nominal exchange rate fall from the high end of September.

Do they have room to keep growing?

Given that the jump was linked to a specific process, real growth (above that which arises from the application of the average interest rate) is hardly repeated in time deposits of the magnitude observed in the last 2 months.

The trajectory in the coming months will depend great measure of the evolution of the exchange, which will be closely linked to the dynamics of country risk and the cost of sovereign financing.

How does the dollar rate balance continue?

The true reliable thermometer is not located in the foreign exchange market, where overcoming can always help to stabilize in the short term at a very high cost for the level of activity, but in the cost of financing that the market requires of the country.

Only in a context of sustained country risk decline, the interest rate required to stabilize the demand for money will be at levels consistent with the return of financing to households and firms at reasonable rates.

So far, the rate of interest required to meet the monetary program, with banks that have no choice but to go to LIEIQs, given the limits of dollarization of assets, credit rationing and the transitional disarmament of the minimum cash that regulation allows. (contrary to the monthly average), is lower than the rate required for the big players to stay in fixed term and not go to the dollar, taking into account the floor of the rate that requires the compensation of the rate risk free of US Treasury bonds, country risk and devaluation expectations.

The cups foward implicit in the Lecaps discount yield curve a considerable reduction in peso rates for the coming months consistent with a 180-day Lecaps rate at 35% TNA by the end of April 2019 against a current level of 47.5% TNA.

The same goes for the Central Bank REM, which expects a Leliq rate of 51% TNA in March 2019 against a current level of 59% TNA. Therefore, the investor should test the profit margin of equity securities in pesos for rate compression (duration of effect) vs.. the risk of a recovery of the lower band dollar (exchange rate effect).

A theoretical exercise: the potential capital gain of a compression ratio of 500 basis points (with a Leliq rate ranging from 60% to 55%) for a bond in pesos with duration 3 would be fully compensated with the theoretical path that could have eventually, the lower band dollar to the center of the band.

What does the decline in country risk depend on?

With a country risk that last week was at its highest since September and 5 year CDS contracts that implicitly have a cumulative default probability of about 37% over this period, there are three factors that put a floor down in the cost of financing in foreign currency: the political risk ahead of the election year in a recessive context, an uncertain world and high volatility amid geopolitical changes of magnitude and markets that are still overweight in Argentine debt after the 2016, 2017 and early issues 2018.

While these factors continue to condition, and having learned lessons from the recent past, the BCRA probably chooses to go step by step, without risking a low rate that is out of the game and undocking the anchoring of expectations, undermining the credibility that has come to build in the past months, due to a monetary policy with high costs in terms of activity.

If that is the scenario, today's future rates may discount a path down from the relatively bullish rate. Sooner or later, the BCRA should appeal to the wild card of unpaid reserve requirements so that banks do not transfer the LELIQ rate down into a reduction of the Badlar rate that jeopardizes the growth of fixed-term deposits. .

2019: How to make compatible a nominality of the economy that will be around 30% with a monetary program with "emission 0"?

In fact, the monetary base will grow around 19% in 2019, projecting seasonally with seasonal adjustment of June / December and from July will grow 1% per month by monetary program.

Sandleris, head of the BCRA.

The exhaust valve will be given by the possibility of issuing weights if the exchange rate reaches the lowest range for genuine growth in demand for money. Not easy in an election year where demand for coverage and country risk will dance to the polls.

Therefore, the rate can not fall rapidly and the BCRA will continue to control the monetary issue to moderate the inflationary pressure in an economy with inertia in the articulation and indexation of contracts (rates for the dollar and reductions for past inflation), at the expense of a companies (increased unemployment?).