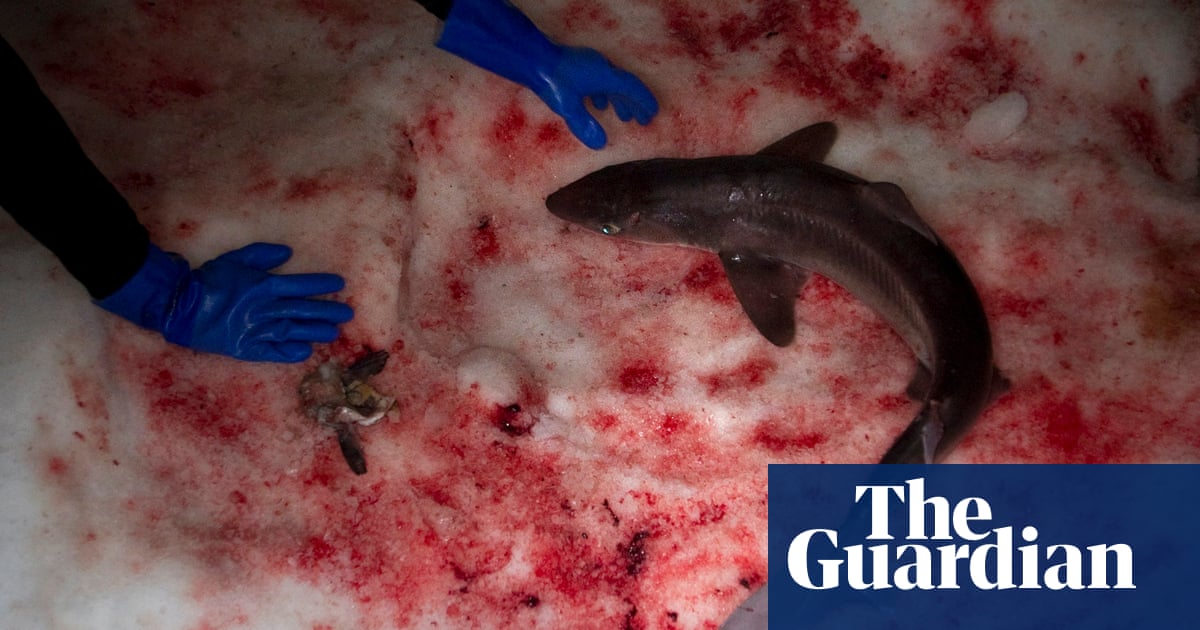 Fish and chips shops and fishmongers are selling threatened sharks to an unconscious public, according to researchers who used DNA barcoding to identify species for sale.

Most saltfish sold under generic names such as huss, rock, flake and salmon rock ended up being a shark species, a species of shark classified as endangered in Europe by the red list of the International Union for Conservation of Nature.

Researchers at the University of Exeter have also discovered fins of shark species sold without the knowledge of a British wholesaler, including hammerhead sharks, which are threatened globally, as well as white-faced and smalleye hammerheads.

It was illegal to catch thorny shrimp in the EU by 2011, but now fish can be sold as by-catch – when it is reared on nets targeting other species.

The government allows many shark species to be sold under long-established generic names such as rock, but researchers call for more accurate food labels – with fish clearly identified at the point of sale to consumers – so people know which species are eating where it came from.

"It's almost impossible for consumers to know what they're buying," said Catherine Hobbs of the University of Exeter and the first author of the article in Scientific Reports. "People may think that they are getting a product of sustainable origin when they actually buy an endangered species.

"There are also health problems. Knowing what species you are buying may be important in terms of allergies, toxins, mercury content and growing concern with microplastics in the marine food chain. "

Fins are harder to label because they are removed as soon as the sharks are caught, but Hobbs said there is still a problem with "certain fishers who do not adhere specifically to labeling laws" when the fish are landed.

"The discovery of endangered hammerhead sharks highlights how widespread the sale of declining species is – even reaching Europe and the UK," said Andrew Griffiths, also of the University of Exeter. "The clipped hammerhead shark can be imported under strict conditions, but the wholesaler had no idea what species the fin had belonged to."

The study looked at 78 samples from chip shops and 39 from fishmongers, mainly in the south of England, as well as 10 fins from a wholesaler who sold them to specialty restaurants and supermarkets.