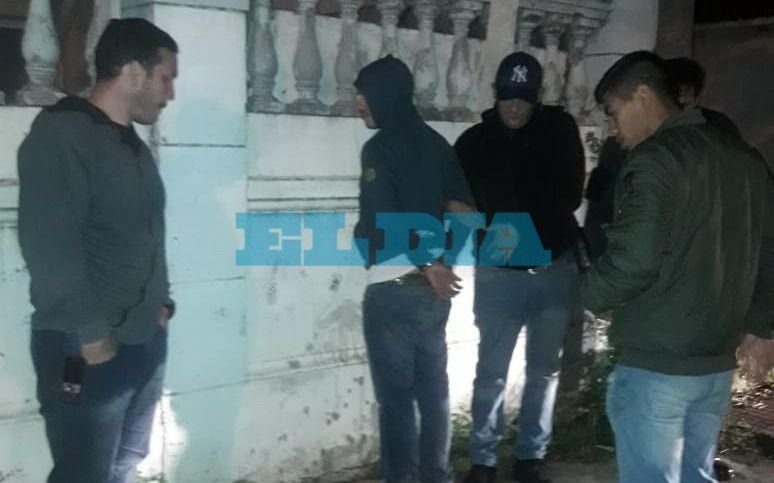 One of the detainees was mobilized on a white bicycle and carried a Sevillian. The last attack was on 14 and 68, when the victim was waiting for the collective. He kicked at the abdomen. Neighbors prepare for mobilization

Last night, they arrested two suspects. One of them had a white bike and a Sevillana. Judicial and police sources have confirmed that the author is the same as at least two other events that occurred at 12 and 66 and at 21 and 68. Although, according to neighbors, he has committed up to five attacks, one of which involved for a man

They also indicated that they want to speed up the investigation and last night confirmed the arrest of two suspects, one of them with a white bike and a Sevillian, and now they try to determine if it is the so-called "crazy bike".

According to the coincident testimony, in no case "went to the extreme of wanting to kill them" – in all cases was a single wound in the middle of the body – but even if no one officially says, this may change. Neighbors also know this and that's why there's nothing more to talk about in WhatsApp groups and networks.

The guy, who is "about 25 years old, is thin, with short hair" and wears a black and white bicycle.

According to Natalia, "It's very complicated. There were two entrances recently in this block and we broke the car window to steal what was inside."

For those cases, tomorrow at 6 pm, will be focused on the corner of 14 and 68. Yesterday afternoon, meanwhile, there was a women's assembly to approach the attacks with a gender perspective.

"Oh son of a bitch!" Shouted in surprise and anger, a 19-year-old girl waiting for the collective meters before the corner of 14 and 68.

It was 22.20 on Sunday and the insult was directed at a man on a bicycle who stabbed her in the abdomen, then escaped down 68th Street, in the direction of 15.

The voice was heard by the neighbors of the neighborhood and by two women (the cry was such that it was recorded in a message from WhatsApp that one of them sent to the partner) and a man who, like the victim, waited for the arrival of the microphone in the block opposite, in 68 between 13 and 14. The alarm of the neighborhood began to sound and, almost in unison, the inhabitants of the houses next to the event took to the street.

"It was terrible, I could not hear the girl because she was in the kitchen, which gives the inside of the block. My son warned me, because his room looks good in the parade," Maria Luisa told EL DIA.

Another woman, who lives at the property's border, was the first to leave and helped the wounded young woman.

He managed to seat her in a chair next to the young man who crossed immediately after realizing what had happened.

Meanwhile, María and Natalia, two other local pioneers, argued that "in a few seconds we were all on the street because we have a group where we are sending messages when something happens."

Among all those present, they contained the teenager.

While one called the police and another called for an ambulance, they also contacted the relatives to notify them of what happened. According to what was reported by the witnesses, "the patrolman delayed arriving, although the subject left so quickly that I do not think they could catch him."

A few minutes later, an ambulance took the young woman to San Martin hospital, from where she was sent to Gutierrez.

Official sources have reported that she has been assisted and is out of danger: "Fortunately the wound was superficial and did not affect any organ."