Expectations 2019: which are the main sectors of the economy that could recover and which will continue in red 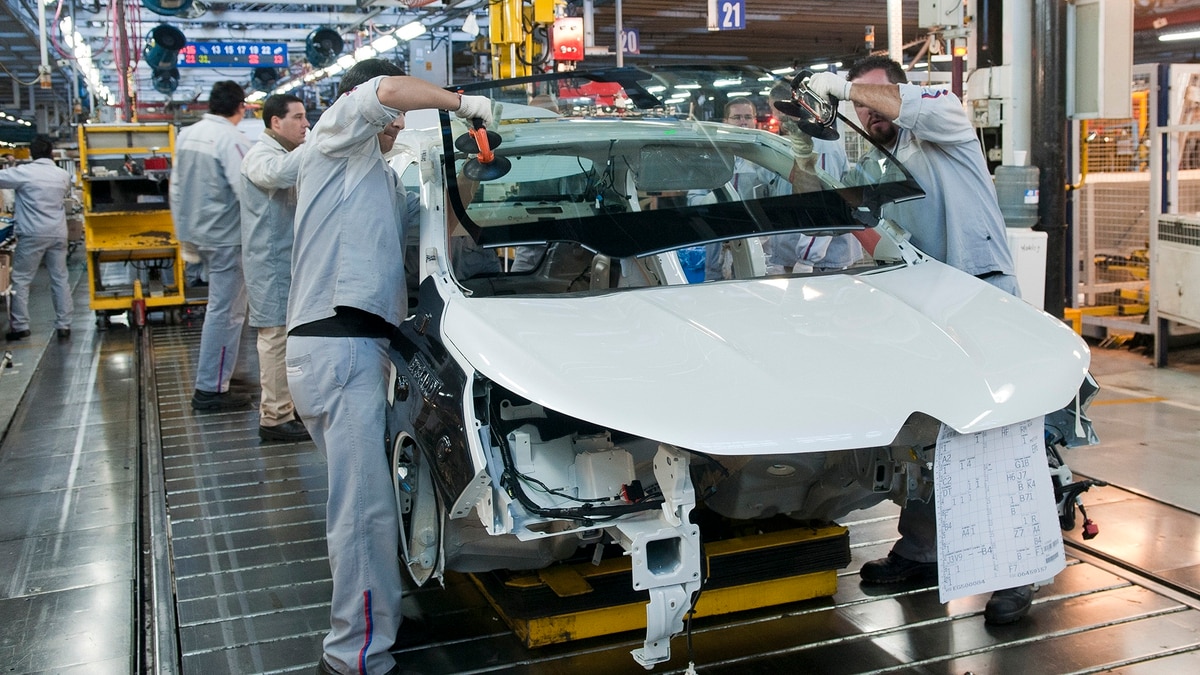 The contraction of activity in the latter part of the year was felt in all branches of economic activity. With a year-on-year decline of 3.5% of GDP in the third quarter, the only exception was the electricity, gas and water sector, which benefited from the increased rate.

"Among the main falls is the industry, with the greatest contractions in the cases of transport equipment, machinery and plastics. And we also see the direct and indirect effects of the contraction shown by the construction activity, as well as the stagnation of the drought and the fall of the massive consumption", according to Ecolatina.

On the other hand, Among the sectors that managed to remain in positive territory, the largest expansions corresponded to fishing, livestock and auto industry, which has joined new foreign markets thanks to greater exchange rate competitiveness.

In this context of activity collapse, What are the prospects for next year? "Sector performance will continue to be fragmented: sectors such as agricultural activity and its related branches, the mining, O Hydrocarbons and tourism, they will show positive numbers, while activities aimed mainly at the domestic market, such as mass consumption, plastic industry, part of regional economies and construction, among others, they will remain in red"economists at Ecolatina estimate.

Here the situation of the main sectors:

Automotive production grew 1% between January and November. In November, it fell 19%, affected by lower sales to the domestic market. However, the improvement in export performance, mainly due to the growth of neighboring markets, mitigated the fall in production, according to data from the Ministry of Production.

Construction fell in October -6% year on year according to Indec, affected by lower economic activity and public works. According to the Opinion Indicator of the Construya Opinion Study, which groups national companies for the production and marketing of materials, 39% of respondents consider that there will be a negative evolution of the activity in the next 12 months, while 34% said they would remain the same and 23% would have a positive evolution.

In addition, respondents warned that as a result of the change in the macroeconomic scenario, construction lost 11 percentage points as a way to save money, while "foreign currency purchase" (19%) and "fixed term" (15%) grew.

In relation to the main difficulties identified for the development of the construction activity, "uncertainty regarding the exchange rate" became the first concern of the sector. The same thing happened as it was in 2013 and the end of 2014 and 2015.

The real estate business during the year was affected by the devaluation and the collapse of mortgage credit, which went from representing more than 70% of total operations to 9.7% in October, according to the latest data from the Association of Notaries of the city of Buenos Aires.

"More than 2018 balance, we should talk about imbalance. The market started to be the best in history and ended up being more like the worst in history, "he summarized. José Rozados, from Real Estate Consulting Reporte.

"The year started with a dynamic market that ended in May, after the devaluation that caused a significant drop in activity levels, in recent months we are in a market more similar to the years of the exchange rate," he added.

Regarding the purchase and sale of real estate, in the city of Buenos Aires, average prices rose 7.6% in dollars (in 2017, this increase was 10.8%), based on the Zonaprop platform survey. However, this increase occurred mainly in the first half of the year, since in the second section, 65% of the districts had a fall or stability in real estate prices. On average, a two bedroom apartment in the city of Buenos Aires has a value of $ 134,200.

"The only transparent way is to measure the prices offered, where in the last quarter we detected a drop of 2%, almost imperceptible in relation to a devaluation of more than 50%, but if the closing values ​​are taken, they are up to 15% below of last year's levels, but this is not official or transparent, "said Rozados.

Mass consumption fell 5.9% in November in relation to the same month of 2017, according to data from consultancy Scentia, the worst of the year and the highest since February last year. In the accumulated of the year registered a fall of 1.3%, result of the best results of the first part of the year.

Consumer experts say the recovery in the economy expected next year will not immediately affect the consumer sector, one of the hardest hit by inflation, devaluation and falling purchasing power of wages.

Sales of home appliances, in turn, dropped 35% year-on-year in October. It was the fourth consecutive month of decline. The average price of the sector's products increased by 51%. Between January and
October sales fell 6% from the same period
of 2017, according to a GFK survey.

Industrial activity registered contraction of 5.3% in October in relation to the same period of 2017 and accumulated until the tenth month of the year a fall of 2%, according to the latest report released by the UIA.

The decline in activity in October was mainly a consequence of (23%), non-metallic minerals (14.1%) and automotive (11.8%).. Only three items of the analysts present positive interannual results: paper and board (2.5%), food and beverages (0.5%) and base metals (0.3%), the business camera pointed.

"In the first half of the year, the industry accumulated a high of 0.5%, while in the following four months the fall was 5.4%"said the UIA. Preliminary data from November industrial production show that a sharp drop continuescement shipments contracted 16.6%, other construction materials 30.4% and aluminum 6.4%.