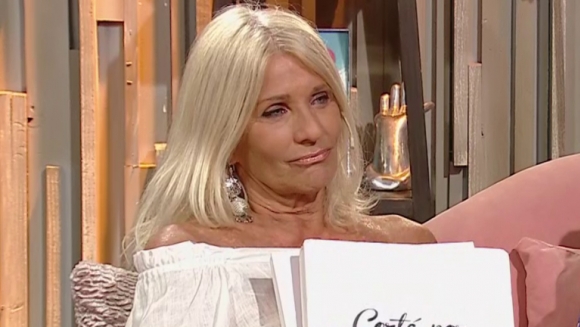 The 67-year-old former model revealed in Cortá by Lozano how ever since she was a widow she resigned to be married.

In a fun conversation in Cut by Lozano they were on the couch Veronica Lozano, Teresa Calandra and Evelyn Scheidl (67), friends for more than 30 years. The interview ended in a confession of the blonde about why she has not been intimate with man for almost a decade.

"I have not had sex for nine years," said the former model who, in 2010, was the widow of her husband, the businessman. Fernando Ten. "I'm not interested, I'm still in love," she explained, and said that the shock of her husband's death, like so many people, affected her to the point of giving up on being with someone else. "The pain of my husband's death was unbearable, unbearable," he said.

Evelyn has been married for 37 years to the shoemaker and is the father of her five children: "I am convinced that he continues to accompany his family, thank him for being with me every day and helping me solve the problems that they I am fully committed to God, I will learn to live without him physically, but I am convinced that there is life after, for which I think that at some point we will meet again, "said the former model to Caras magazine, some months later. of her husband's death.