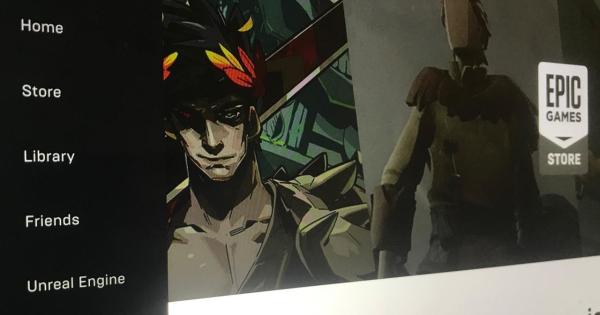 For a few months, Epic Games has been focusing on growing its online video game store. So he introduced an initiative that gives a title every two weeks and a few days ago he started his first big promotion with offers and discounts. However, apparently taking advantage of these advantages may have your account blocked.

Patrick Boivin revealed in his Twitter account that his Epic Games Store account was blocked by "doing lots of shopping," so he mentioned mockingly that the store is "too bad." In a later post, the player confirmed that, in fact, his account was frozen to buy 5 straight games and was marked as "possibly fraudulent."

HAHAHA OH MY GOD THIS CRAZY IS SO WRONG pic.twitter.com/LLz9dGJyeI

So I can confirm that I am buying 5 games (ranging from $ 5 to 50) in the Epic Store by marking my account for possibly fraudulent. Maybe if you had a goddamn shopping cart, Jesus Christ.

In a statement sent to Revolution of the GameNick Chester, head of public relations at Epic Games, confirmed that this was due to the platform's aggressive security measures aimed at preventing fraudulent purchases. He also ensured that if the same thing happened to someone, he should contact the support area to resolve the blockage.

This curious event is due to the fact that, at least for now, the Epic Games Store does not have a shopping cart. Therefore, if a person wants to acquire multiple titles at the same time, one must acquire them one by one. Apparently, store protection algorithms understand this as a possible fraud or stolen credit card. And while what happened to Boivin has a simple solution and can be funny, it can definitely embarrass Epic Games. Because there is a big sale now, it is very possible that many people are in the same situation. If multiple complaints start to become viral, this can become a nightmare for the developer's public relations department.

In its public development map that can be reviewed on Trello, Epic Games mentions that it is working on a shopping cart feature that can arrive in the next six months. However, if the company plans to continue offering big discounts, it would not be bad if it gave more priority.

In related news, we remind you that the pre-sale of Borderlands 3 disappeared from Epic Games Store sales. On the other hand, Heavy rain and Beyond: two souls, which will be exclusive to this platform on the PC, has a release date.

Follow all about the Epic Games Store at this link.