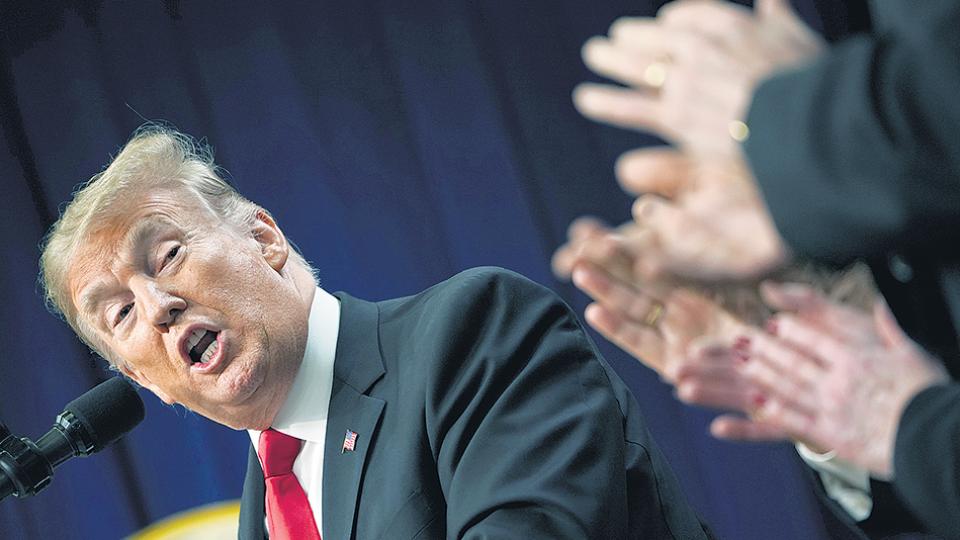 Short-circuits between US President Donald Trump and Federal Reserve Chairman Jerome Powell for the conduct of monetary policy prompted a black Monday on Wall Street. The Dow Jones industrial average lost 653 points a day earlier, 2.9 percent, on a limited day on Christmas Eve, which contributes to the negative week of major stock indexes in New York. This cut was reinforced by news that over the weekend Treasury Secretary Steven Mnuchin had summoned the country's top bankers to a crisis committee meeting to review last week's course. Although representatives of major US banks said liquidity levels were solid, the sales wave deepened on Wall Street and infected European stock markets. In the Tokyo market, the Nikkei index fell 5.01 percent yesterday to the lowest level since April 2017.

Last week, the Fed's Monetary Policy Committee met, and at that meeting, a further rise in the fourth-quarter interest rate was agreed, in the range of 2.25% and 2.50% per year. In the hours preceding the start of the event, Trump questioned the organization and especially its owner, whom he had appointed just over a year ago. The construction mogul believes that inflation is controlled and that it would be a mistake to cool the economy with an increase in interest rates. But the Fed did not give in to pressures and the rate rose. Now Trump threatens to fire Powell.

On Monday, prior to the opening of stock market talks before Christmas Eve, the US president reiterated that the "only problem" his economy has is the Fed's administration. "He can not score because he has not finesse – he can not with the soft blows! ", he said using a golf metaphor. Local media reported that even Trump had discussed the impact of Powell's dismissal, although Mnuchin rejected that possibility.

During the day, concerns were also raised over the deadlock in Congress over the demand for more funds for a wall on the Mexican border and the resignation of Secretary of Defense Jim Mattis after Trump's surprise decision to withdraw US troops from Syria. . Mnuchin said through his Twitter account that the CEOs of Wall Street's leading banks "have confirmed that they have enough liquidity to lend to consumers, businesses and all other operations on the market." The unusual public information given by a treasury secretary deepened concerns.

In addition to the 2.9% drop in the Dow Jones Industrial Average, the S & P 500 index also fell on Monday, 65 points or 2.7%, and the Nasdaq Composite, 140 units or 2.2%. On Christmas Eve, WTI oil fell more than 6 percent to less than $ 43 a barrel while Brent traded at 50 percent. Last week, they saw a fall of more than 11%, reaching the lowest levels since the third quarter of 2017, as oversupply kept buyers away before the holiday season.

The contagion to the European stock markets was immediate, with the exception of Frankfurt Square, which remained closed and escaped the wave of sales. Paris's main index fell 1.4 percent, followed by Madrid with 0.9 percent and London, 0.5. European stocks have fallen nearly 14 percent so far this year and are headed for their worst performance in a decade (since 2008).