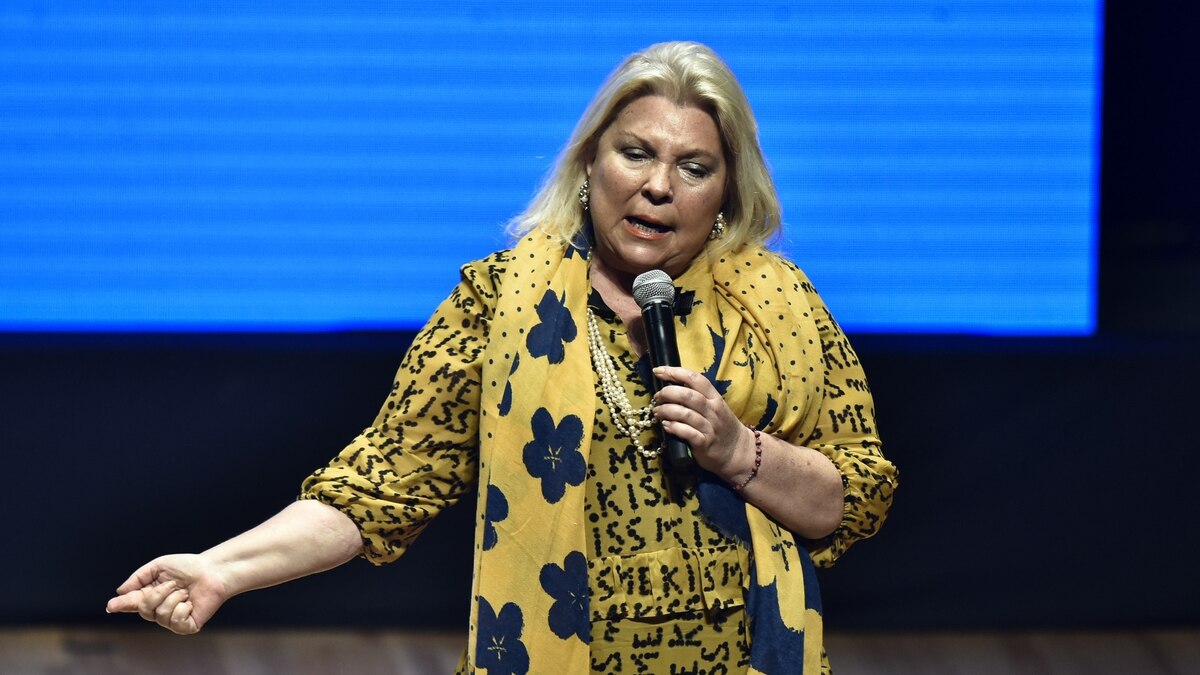 2018 was a difficult year for the relationship between Elisa Carrió and the government. The MP was not criticized for raising the rate and even opposed national officials. The last spark was in December, due to the security protocol promoted by Patricia Bullrich. Now, just the beginning of the year, I've tried to be more conciliatory. "One puts the stress before solving some central issues, now we have to be all together before the elections", commented on his first public appearance in 2019.

However, Carrió could not fail to re-expose his disagreement with the new regulations on the use of firearms in the security forces. "What they will get is that we all kill each other", he opined. And immediately he referred to the bill sent by the Executive to Congress to lower the age of allotment to 15 years. For the founding partner of Cambiemos, we would have to decrease the age to 14.

"I love Patricia Bullrich and I supported her, she's an honest person, but she made a deal with Sergio Berni, you're giving power to a force that you did not clean. Was not that the City Hall was taken, that the Gendarmerie was taken in half, that the PSA was run by La Campora?"he said in an interview he gave to TN.

"I do not want Bolsonaros, they will not find me there. When someone has fame, it is not easy to deal with. I think in Argentina there is room for a Bolsonaro because it is a global wave. It is not an invention. It is the choice of Italy, Austria and Hungary, "he continued.

On the other hand, he said he was "totally in agreement" with the expulsion of foreigners who commit crimes. At the same time, he clarified: "90% of the Peruvians, Paraguayans and Bolivians who are here are decent people, workers that I recognize and love, I will not allow discrimination because we all live together".

After anticipating that on Thursday he will meet with Chief of Staff Marcos Peña – "we have all agreed" – Carrió also revealed that he spoke with the Mayor of Buenos Aires, Horacio Rodríguez Larreta. "I explained the reasons why I did not want to be a Senator of the Nation, that I was no longer healthy for this and that I wanted to concentrate on the humanist struggle against fascism …"he told.

"I'm going to ask for retirement, but I'm not retiring until the end of next year, when we win. Let's change, I love to return to the profession, I like being free, I set myself as a course, I want to be with society, I want to fight against hunger and no longer enter Parliament"he plunged.

He also said that it is in his plans to create an NGO "for fighting corruption and recovering stolen money".

"We are going to work for the humanist issue, we are going to the re-election of President Macri, who will decide in the PRO that will accompany him, I will work for reelection and I will continue working, we will not be accomplices," he added.

"With Mauricio we are well, we do not need to talk, I do not intend to meet him, with Marcos (Peña) I always talk and I talk to all the ministers every day." That does not change, "he explained.

So he came back to make public his support for the former deputy chief of staff Mario Quintana ("I wanted him to come back") and the former Secretary of Energy Javier Iguacel ("He paid the consequences of other policies").

In another section of the report, Carrió questioned the toll increase: "I will discuss this, it is a scandal what they are charging, it is a scandal at the level, I know very well that it has no basis."

In addition, he avoided answering whether Martin Lousteau should or should not be inside Cambiemos and was referring to the possible candidacy of Cristina Kirchner: "It's all the same to me, she's a left-wing fascist, she stays in the polls because she's the only known person, and no one stops her and puts her on trial so people can see what she stole.".