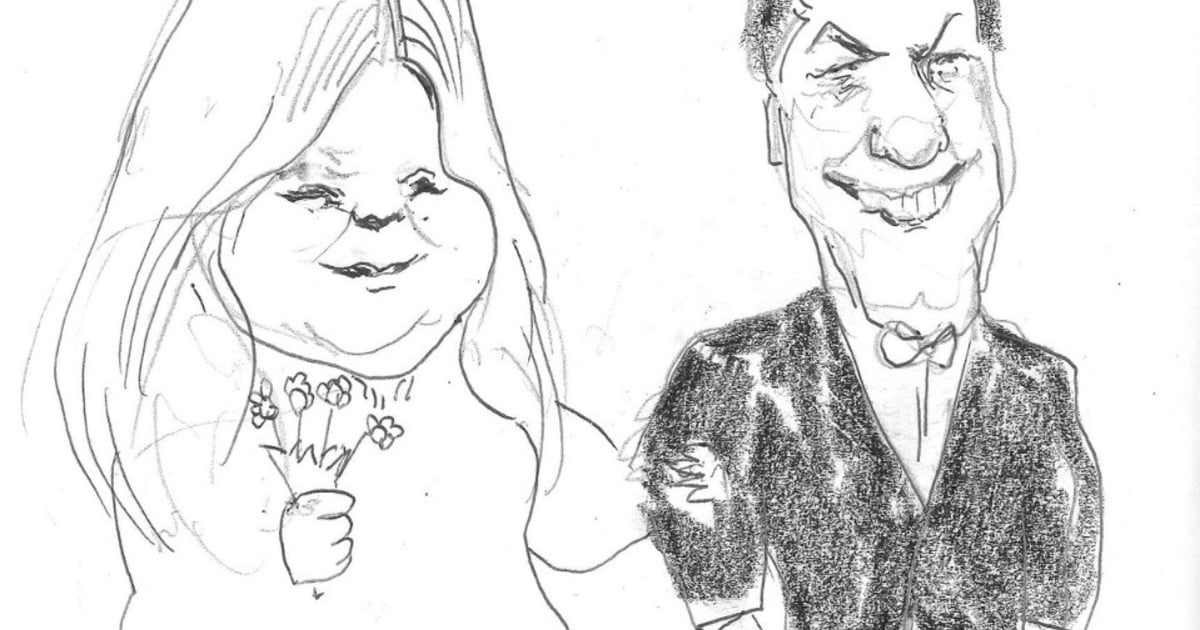 The last sentence he pronounced before his counselors before saying he would go to the country to rest and that he did not intend to speak to anyone until Monday:

–I no longer have a place to fight against corruption and human rights in this government. But I will not change. I will continue to accompany those who have always believed in me and were with me.

Elisa Carrió leaves behind another week of Exasperation, doubts and disenchantment with the Casa Rosada. It's only been two months since he spoke on the phone with Mauricio Macri, which was not in the best of terms, although, in light of how the relationship is today, it can be said that he misses those days when it was still possible. Until the line was completely interrupted, they talked, on average, once a week. The novelty of these bad times is that, unlike what happened in the three years of the administration of Change, now is the president who does not seem willing to recompose. "It's not that I do not go to talk to him again, but he's really angry about what he did this week," reveals a close collaborator to the head of state.

Feel that the MP has preached a new impetus just 48 hours after the world recognized it the success of the G-20 Summit. On Tuesday the party of the government still had plans to stretch the celebration. After noon, Macri attended the Casa Rosada Museum to greet employees and workers who participated in the organization of the multilateral meeting. His face was so good that he was allowed on stage with Juliana Awada to improvise a speech and talk about psychic injection what the meeting with the presidents meant. There was a party atmosphere that, although it was not for a fleeting time It seemed to reduce the monotony of adverse economic news in recent months.

Some of these, they understand in the cabinet, moved to the social mood. On leaving the act, on the corner of Hipólito Yrigoyen and Paseo Colón Jorge Faurie and Hernán Lombardi were telling anecdotes from the dome in an almost euphoric tone and in view of occasional porteños who came and went from banks and offices. There were even references to Macri's joke to Putin about Faurie's stature, which – they agreed – with the Russian president, he should not have liked very much because he is not much taller than the chancellor. Regardless of the anecdotes, Faurie must have discovered for the first time the impact of TV: some people who passed by came to greet him and congratulate him. "Now we are shouted by the masters!"Lombardi was amused, he asked" do not believe "and took the opportunity to quote Horacio, the Roman poet integrated the Circle of Maecenas.He introduced the expression aurea mediocritas: the "golden mean term" or "moderation", which refers to moving away from extremes.

María Eugenia Vidal with Cristian Ritondo, Minister of Security. The Province does not adhere to the National Security Protocol.

But a few hours later it was the most feared ally of the macrism that avoided definitions in the middle of the water and completely changed the agenda of the media. "This regulation signed by Minister Bullrich violates fundamental human rights. We do not go to fascism," he said. Clarin. The statements, which the deputy later reproduced in his account on Twitter, have become viral. They were a replica of the Ministry of Security's initiative to apply a new regulation so the police could film without giving a loud voice.

The government was caught up in an unforeseen web: from wanting to capitalize on the success of the security of the summit of presidents to have to explain that the regulation can not be read as a carte blanche so that the security forces can act freely in front of the assailants and violent. Carrió talked by telephone with Horacio Rodríguez Larreta and María Eugenia Vidal. With the governor the dialogue was useful because Cristian Ritondo was not slow to send signals that the Province of Buenos Aires is not prepared for this new modality. In contrast, the head of government no longer wants disagreements with Macri at this moment. The failure of the River-Boca operation, they say, forced him to take firmer measures.

The leader of the Civic Coalition was criticized by supporters and the support of his detractors. The twitterers were delighted: Aníbal Fernández made RT for Carrió. The legislator ordered the request to monitor the networks. "There are many who criticized spontaneously. Others were sent"They trusted him in his environment, Carrio is accustomed to the popularity slide, and he did not worry too much and he made some decisions.

The first, folks. He talked to Alicia Terada and asked her in the next few days, possibly on Wednesday, present the documents to begin the retirement process. He does not rule out retiring before finishing his term, which expires in 2021. Otherwise, when the time comes, you will have to choose whether you pay the diet as a legislator or the retiree salary. Terada verified 42 years of contributions accumulated as university professor, lawyer and deputy. Carrió's second decision will include several of his peers. The goal is to build an international NGO to combat corruption and organized crime outside the traditional political system where it believes there is no room for it. Feeling tired

The opposite is true for the president. The passage of the 20 presidents through Buenos Aires renewed their optimism. Insists on locating the confidence factor above all else. As an example, naming in front of their interlocutors: it is important to sell cherries to China (it is assumed that 100,000 jobs could be created over the next ten years) or the construction of a railway for Vaca Muerta or that Donald Trump Opic (Overseas Private Investment Corporation) to one of the highways in Neuquén. "But the most important thing is that the world creates us"Reflects on privacy."Things can go ", would be his motto after the G-20 summit. Sometimes he thinks that the Argentines have lost faith and that he and his administration must work to recover it.

In the government, the idea that Macrismo is practically alone on stage is imposed again. "The opposition is not up to what is happening in the world. They look at everything with very small eyes"Says an official who spent many hours with the president in the last two weeks. Macri especially called a group of opposition figures for the summit.

He had, in particular, a few words of praise for Daniel Scioli, something that would never be allowed with Cristina Kirchner or Sergio Massa. He was also kind to Miguel Angel Pichetto, who days later supported his new initiative with the security forces. In the government party also include several governors of the opposition. Juan Manzur, one of the few participants in the G-20, is part of this batch. "Not the closest, but maybe the most alive."They define this, other heavy ones are the entrerriano Gustavo Bordet, the neuquino Omar Gutiérrez and the salteño Juan Manuel Urtubey Macri does not knit with all.