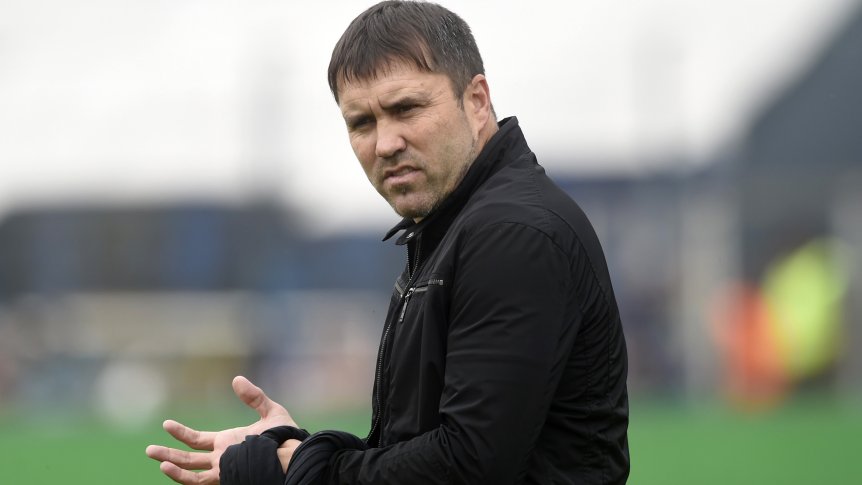 Racing coach Alberto Coudet passed the microphones of TyC Sports where he referred to Ricardo Centurión, whom he separated from the professional team after the push he received from the player in the defeat against River at Monumental.

"I'm not the only one to judge anyone, he's a great guy and I have a lot of appreciation for him, but then there's the part of the job where they hire me to make decisions and I take the ones I have to take," explained El Chacho. "From the decision of the group that I have to drive today, what Centurion is a finished problem"he said.

The main question of the fans of the Academy is the continuity or not of the technical director, who wins the contract in the end of June. "We have the best relationship with managers and players. We still do not take the breath to start talking and doing an analysis. But the relationship is the best and does not go through this "the DT said. "I have three months in my contract and that's a lot, a lot can happen, so we sit down and talk. Argentine football is not easy. The question of continuity has been spoken for some time. If we had not crowned. We would not even talk about continuity, because Argentine football does not allow this, especially in a big club. sIf I had not been champion, I certainly would not have been able to continue. So we can discuss whether it's logical or not. They are the rules of the game and I accept them ", he added later.

At the same time, there were rumors that El Chacho could be the replacement for Lionel Scaloni in the Argentine team after the Copa America. "I'm happy in Racing, every day I live the best way and I try to be better every day and learn more and more. So I'm out of what you can talk about, "he slipped. With Menotti we have agreed. In Mexico, I ate with him and talked for many hours. Of course it's a pride that speaks well of me. He has seen many games from my teams because he is a fan of Rosario Central. He knows what my teams are trying to play and it's his taste buds, "he said.

Racing was crowned Superleague champion with a breakthrough date, taking a four-point gap to Defense and Justice, his immediate pursuer. "The defense was a great rival, the truth is that it made an impressive tournament and I think it made us better. The number of points we receive is very large and took us there the requirement that we can not lose points, "he said.

"The players give me a spectacular day, because the requirement is important in practice so the team can play what they see, we have things very clear and apart from the good relationship, there is a obligation that is They understand it that way and this is very good, "he said. "You can have a low profile team with numbers, as I think we did. There is a line to follow and I think the team handled it perfectly. I think we have never forgotten the message being the same and humility in relation to work and sacrifice, "he added.

Coudet believes that the Academy's most important game in the tournament was the classic against Independiente, in which he came out victorious of the Libertadores of America 3-1. "It was an important test for us because it is the classic rival. We had the pressure to hold the lead and they played to try to turn us over. I think we played a great game for personality, because in many things we have three important points. I like great teams and the pressure of trying to win things. Sometimes it happens and sometimes it does not, but I think my teams are up to it. So just get one. I'm not the most inaccurate to get second, nor the most excited to leave first ", he concluded.