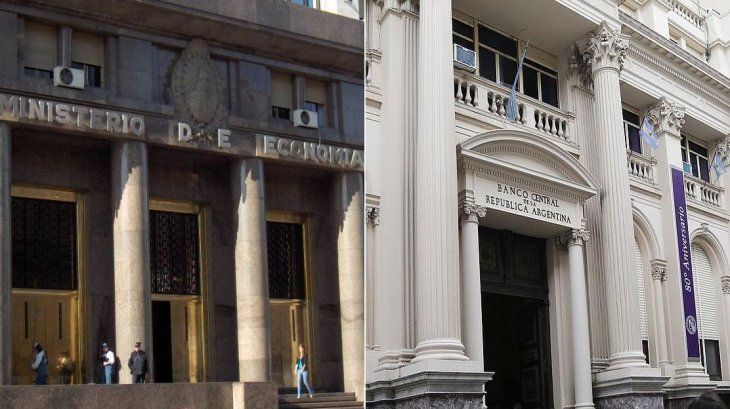 The October Consumer Price Index (CPI) had fallen 5.4%, accumulating 45.9% in the last twelve months, as a result of strong increases in rates, prepaid and clothing and footwear.

According to economic studies center Orlando Ferreres, inflation in November was 2.5% a month. "The price level continued to show signs of a slowdown in its growth rate in November," he said.

He considered that "in particular, the items with the highest incidence were Food and Beverage, along with Miscellaneous Goods", with an adjustment of 2.5% and 5.8%, respectively.

While the sharp rise in prices affects the whole society, it is the lower-income sectors that suffer most severely.

According to INDEC data, up to October, the basic food basket and basic needs – which determines the poverty index – accumulated an increase of 54.6%. While the indigence basket, which only computes food, recorded a year-over-year increase of 51.5%.

The consultant Elypsis, on the other hand, calculated that inflation was 2.8% in November. Meanwhile, the Market Expectations Survey (REM), published by the Central Bank, said analysts expect a slowdown in rising cost of living in the coming months.

In addition to this incipient brake on the inflationary trend, the year will end with a generalized price increase of 45-50%, one of the highest rates in the world and comparable to what happened in 1991.

For Central Bank President Javier González Fraga, the trend will slow in 2019 and inflation will be closer to 20 than the 30% estimated by the consultants.

Treasury returns to Treasury bonds in US dollars at 4.75%

The Ministry of Finance will contest between next Tuesday and Wednesday Treasury bills in dollars (Letes) for 196 days, with a nominal annual rate of 4.75%.

The reception of the offers will start at 10 on Tuesday and end at 15 on Wednesday, the portfolio led by Nicolas Dujovne said in a statement.

The bidding will be carried out by means of a price indication, in which there will be a competitive and a non-competitive section.

To participate in the competitive portion, prices must be expressed for each US $ 1,000 of the original face value to two decimal places. Tenders submitted in the non-competitive installment must include only the amount to be subscribed.

The signature can be made in pesos as well as in dollars and the exchange rate for the signature will correspond to Communication "A" 3500 of Tuesday, December 11.

It should be remembered that last Wednesday The Monetary Policy Committee of the Central Bank of the Republic of Argentina (Copom) eliminated the interest floor of 60% which was in effect since August 30, after confirming the "significant drop in inflation expectations for two consecutive months."

Meanwhile, this week as the rest of the month will be important to explain the decisions taken by the BCRA around the rate, taking into account the amount of inflation to be known on Thursday. In addition, it will be crucial to see how the market responds to possible changes in it.

In this context, the audit and consulting firm PwC Argentina considered "a positive news for the real economy" the decision of the Central Bank to eliminate the floor of the interest rate of the monetary policy, which was 60% since the end of August.

In a report, the company backed the move, as "the persistence of high interest rates restricts access to finance for many sectors of the economy."

The 60% rate target, he reminded PwC, "was mainly to give a clear signal of the direction of monetary policy at a time of high financial and currency volatility."

The consultant considered that the elimination of the floor of the rate and the reduction of the growth rate of the bands of the exchange intervention zone "are in line with the improvement observed in recent months in the expectations of inflation", collected by the market in November.

Finally, it is worth mentioning that the BCRA will disclose the objectives and plans related to the development of the monetary, financial, credit and exchange policy for the year 2019.

According to Article 42 of the Organic Charter, "the Bank shall publish its objectives and plans before the beginning of each year in connection with the development of monetary, financial, credit and exchange policies. , the bank shall disclose its causes and the measures adopted accordingly.