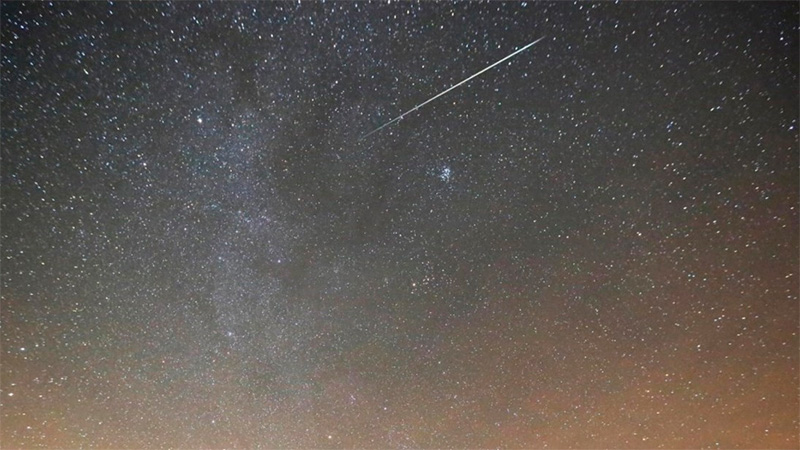 "The night of the geminids" is a stellar phenomenon for fans of astronomy. It is the biggest "rain" of stars of the year and in 2018 the moon will intensify it. Its maximum activity, on nights of Thursday 13 and Friday 14 December, will be a natural spectacle of lights for the Northern Hemisphere.

In Argentina, with the remoteness of cities, can also be enjoyed at a glance. It can be seen from last night until Monday 17.

The point in the sky where – from the poetic and the visual – "meteors" are born, it is the constellation of the Gemini (better known as Gemini), located near Orion. Hence the name of this astronomical phenomenon that occurs every year when dust particles that come from fragments of comets, or asteroids, collide with the atmosphere of our planet.

Like this, an observer will be able to see a meteor every two minutes on average if it is in a "dark" zone, without the light pollution of the cities and with clear horizons. "The rain of the Geminids can be seen in both hemispheres, in the Northern Hemisphere this is always seen more (the radiant is higher above the horizon).

Facundo Rodríguez, a doctor of astronomy at the Astronomical Observatory of Cordoba, says you have to be patient. "It's not that we're driving at night and suddenly, when we leave the city on the road, we begin to see the Geminids, we have to stay in the dark for several minutes, so our eyes and attention get accustomed to see the stars, otherwise they will not be noticed. "

In the Planetarium, Rodriguez advises, the ideal position to see this rain is to "lie down and turn your head north." If we're standing, we'd better turn our backs on the constellation of Gemini, just to see the way of the stars. , because they are born from there, if we focus on it, nothing more, we will just watch them leave. "At the San Juan observatory, however, the show will be full." It's far from the city lights and I remember when I studied the Geminids as a student there, it was impressive. "

This year, it will also be "the night of the Geminids". It is that although this also happens during the day, the moon will give an even brighter touch. "On December 15th (evening of the 14th, the peak of the rain) there will be a quarter, then it will be much more, because of the darkness, something that would not have happened at the full moon (which will be on the 22nd, when the phenomenon is finished), "he adds.