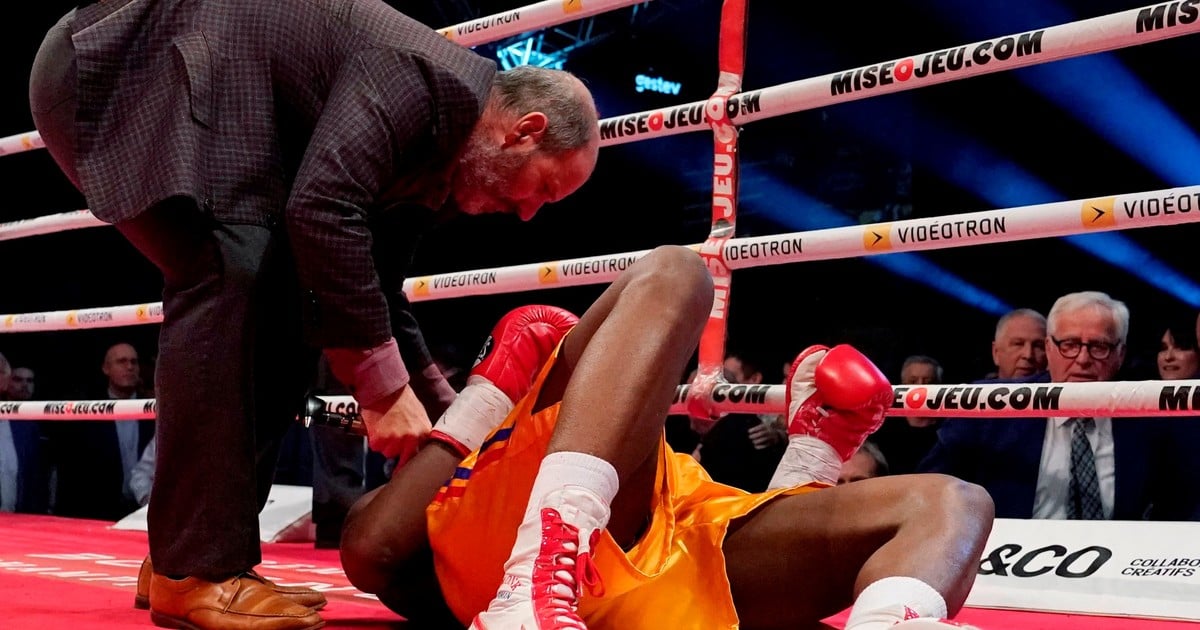 Since it was eliminated by Oleksandr Gvozdyk last Saturday in the fight for the semi- World Boxing Council (CMB), Adonis Stevenson fights for his life in a hospital in Quebec. Now doctors treating him have reported that the former world champion is "stable but critical"

Canadian portal Journaldequebec.com rescued the doctor's words Alexis Turgeon, of the Hospital de l 'Enfant-Jesus of Quebec, where Stevenson is, who said that "it is very likely to have sequelae"

As indicated, the boxer is still "stable but critical" in deep induced coma. Turgeon, Stevenson's assistant physician, has confirmed that he suffers "a severe traumatic brain injury"

The athlete has an artificial respirator and is kept in an artificial coma. How did he explain, was at the request of the family that the hospital gathered the media on Wednesday to give a medical part of the boxer.

Turgeon confirmed that the patient underwent surgery on Saturday night. "Although critical, its status remains stable"said the doctor.

"Craniocerebral trauma is usually not treated surgically except in very specific cases. a hematoma, an accumulation of blood in the brain, had to be treated, so I needed a cranial box opening"he added.

The doctor explained that the sedation that Stevenson underwent helped him better control the parameters of his condition, including decreasing blood flow to the brain. It is still impossible to establish when the sedation that keeps him in deep coma will be reduced.