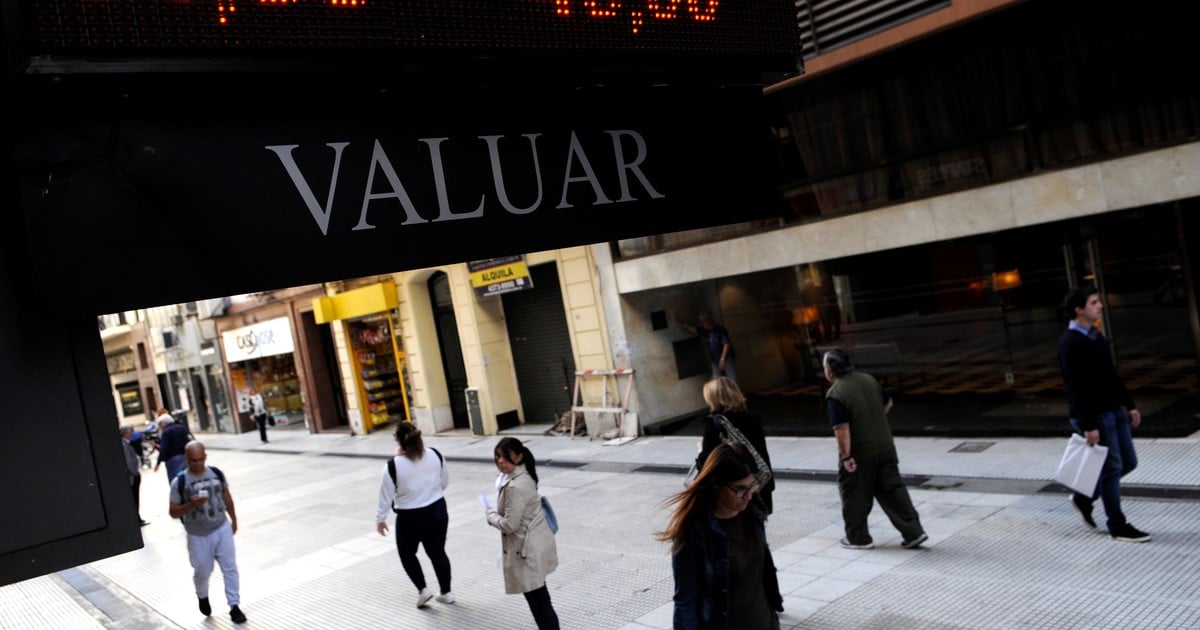 On a day that he painted for Black Monday and finished tied, O dollar closed in $ 45.70, an increase of 15 cents compared with the close on Friday. It's him country risk, which began with a 2% increase, cut and ended at 911 basis points, a decrease of 1.5% in relation to the previous closure. This time the storm threats did not come from the local market, but from the north. Asian bags plummeted after the tweets Donald Trump launched on Sunday night promising to reignite the fuse of the US-China trade war.

The US president has used the social network to announce that from next Friday will increase from 10 to 25% tariffs for the import of Chinese products.

Given that, the Shanghai stock market fell 5%, while Shenzhen fell by 7.3% and Hong Kong by 2.9%. The collapse of Asian markets defined the opening of the local market. At ten in the morning, the dollar rose 1.5%, country risk increased 2% and Argentine stocks on Wall Street fell 4%.

But as the hours passed, analysts set the tone for Trump's ads and interpreted it as a threat to make China more flexible to negotiate. This change of reading decelerated depreciation of emerging currencies.

The dollar stopped its race and ended with an increase of 0.7%, in line with the depreciation of the real and the Colombian peso. So at the retail level, it closed at $ 45.70 -15 cents more than on Friday and at the wholesaler at $ 44.67, an increase of 25 cents. The volume was US $ 746 million and there were no transactions in the future MAE market.

As reported by CIARA, agro-exporters US $ 144 million, which helped to cool the rise that the coin had shown in the opening.

The deceleration of the dollar gave the Central Bank room to validate a fall in Leliq's rates of 23 basis points, which led to 73.53%.

The same zigzag of the exchange market was repeated in the country risk – the indicator that measures the surcharge that Argentina pays to borrow – that opened in 945 and was falling to 911, 2% less than in the previous closing.

The initial pessimism reached the SARD, the shares of the Argentine companies listed in New York, which started with losses of up to 4%, but were recovering. The French bank lost 1.3%, Macro fell 0.3 and Supervielle rose 0.2%. Takeoff and Free Market lost 1.6 and 1.9%, respectively. The company of Marcos Galperín was arrested a jump of 21% in the citation last Friday, announcing the positive results of the last quarter.

At the local level, the Merval opened with a drop of 1.4%, but rose the fall with the execution of minutes. By noon it was already rising and ending with an increase of 1.8% on the day and 11% in the month.

For the operator Gustavo Quintana, "behind the wheel there was a clear impact of the international nervousness. The US currency traded with many ups and downs and marked volatility. The supply of dollars was able to control the movement of the dollar wholesale, softening a correction that in the first part of the day had shown an excess in the local reaction ".

However, analysts warn that the tension may come back. "Without a trade agreement between the United States and China, enthusiasm dissipates and they return to appear doubts on the progress of the economy If tensions intensify and the & quot; war-tug & quot; of the tariff play to return, it is likely that the market outlook will worsen significantly, "said Lucas Gardiner, director of Portfolio Personal Investments.