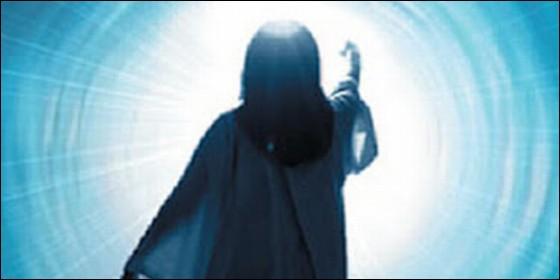 People who have been close to death often claim to have seen and experienced events such as a bright white light at the end of a long tunnel or meetings with lost family members or beloved pets. Despite the apparent supernatural nature of these experiments, science can explain why they happen and what they really are, say British scientists Neil Dagnall and Ken Drinkwater in an article in The Conversation., according to rt.

Near-death experiences are "a profound psychological event with mystical elements," explain the experts, noting that such a condition can be caused by situations of intense physical or emotional pain, but also after suffering heart attacks or traumatic brain injuries or even while meditation is practiced.

A third of people who experienced this type of situation claim to have experienced common feelings, such as feelings of satisfaction, psychic detachment from the body, rapid movements through a long dark tunnel to access a bright light, scientists say.

They also emphasize that culture and age also play an important role. So, for example, many Indians claim to have met Iama, the Hindu god of death, while Americans say they have found Jesus. In addition, children often describe finding friends and teachers.

In 2009, neuroscientists Olaf Blanke and Sebastian Dieguez proposed two types of near-death experiences. The first type is associated with cases in which the right hemisphere of the brain is affected, resulting in an altered sensation of time and the impression of flying. The second, linked to damage in the left hemisphere, is characterized by seeing or communicating with spirits and hearing voices, sounds or songs.

Another important role is played by the temporal lobes: this area of ​​the brain is involved in the processing of sensory information and memory, so that the abnormal activity in these lobes can produce strange sensations and perceptions.

While there are several theories that attempt to explain near-death experiences, it is difficult to get to the bottom of what gives rise to them, say Dagnall and Drinkwater. These emphasize that religious people believe that these episodes provide evidence that life exists beyond death (in particular, separation of the spirit from the body), while scientific explanations for this type of phenomenon point to depersonalization, which is how it is defined to the feeling of being separated from the body.

Scientific author Carl Sagan suggested in 1979 that the stress of death produces a birth memory, suggesting that the "tunnel" that people see is a new image of the birth canal.

Meanwhile, other researchers attributed these experiments to brain anoxia, the lack of oxygen in the brain. In this sense, there are testimonies of air pilots who experienced loss of knowledge during rapid accelerations and described characteristics similar to near-death experiences, such as the sight of a tunnel. Lack of oxygen can also trigger seizures of the temporal lobe, causing hallucinations.

However, the most widespread explanation is "the dying brain hypothesis," a theory that proposes that near-death experiences are hallucinations caused by activity in the brain when cells begin to die. However, this theory does not explain the full range of sensations that can be experienced during these episodes, such as extracorporeal experiences.