A group of researchers concluded that people with the longest brain and skull, typical of primates, may be direct descendants of Neanderthals, according to a study published today in the scientific journal Current Biologoy.

The researchers performed a series of computerized tomographies of seven fossilized Neanderthal skulls as well as 19 modern human skulls, which allowed them to analyze the inside of these skulls and measure their roundness. In the same way, scientists They analyzed about 4,500 living humans that they had genetic data and magnetic resonance imaging (MRI) of their brains.

"We thought that if we could identify specific fragments of Neanderthal DNA in a large enough sample of living humans, we could test if any of them pushes into a less globular brain form," explains Simon Fisher, a neurogenetist at the Max Plack Psycholinguistics Institute in Nimeja (The Netherlands) to Live Science. "[Esto] allows us to focus on the genes that could be important for this trait, "continues the Dutch scientist.

However, Fisher emphasizes that the effects of the Neanderthal gene variants are small, then, he assures, you can not tell if someone comes from the Neanderthals just by looking at the shape of someone's head.

According to this new study, the fragments of Neandertal DNA analyzed contained two genes previously analyzed in other research on brain development, one related to the generation of neurons and the other associated with the development of a fat isolation around the cells nervous 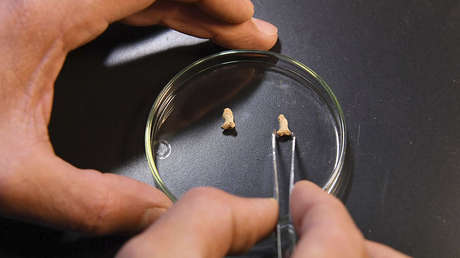 Researchers have also found that this Neanderthal DNA has stronger effects on brain structures known as putamen and cerebellum, both essential for the preparation, learning and coordination of movements, as well as memory, attention, speech or language, among other human functions.

Scientists have pointed out that if a person has more than average Neanderthal DNA, this does not necessarily mean that their brain is more oblong. "Two people who have a similar amount of Neanderthal DNA, say 1 percent of their genomes, can carry completely different fragments," Fisher explains. Along the same lines, experts point out that these cranial differences probably they are not reflected at the time a baby is born – it has a skull like a Neanderthal – but they are related to brain growth in itself.

Fisher concludes that it is possible that in the future the research will be developed using more Neanderthal DNA linked to modern human brains in order to determine what specific effects these ancient genetic variants might have on the development of brain tissue with DNA from our brain. ancestors in the laboratory.