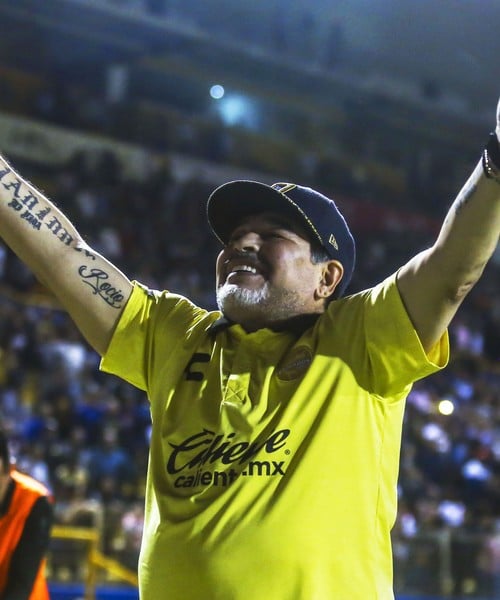 Los Dorados de Culiacán, with Diego Maradona in the baton, are the sensation of the second division of Mexican football. When he took the ten, the team was in second place on the table and there he clicked: he started to win and finished in seventh place, which earned him to qualify for the Liguilla in this Apertura 2018 tournament. In the quarterfinals gave the coup, eliminating Los Mineros, second in general, in round trips. And this Wednesday night, he defeated Los Bravos de Juárez in the first round of the semifinals 2-0 in a game played in Sinaloa.

But the Dorados can catch the opening and not climb. How is this? Of course The regulation states that The season is divided into two tournaments: Opening 2018 and Closing 2019, which will be held in the first half of next year. The champions of each tournament will contest the pass to the First Division of Mexico. So the hypothetical image of Maradona rising would not happen now at the end of the year, but only in the middle of next year …

If the Los Dorados won this tournament through the current Liguilla, the only way he would have to ascend directly is also to win the Clausura 2019. And the question for these hours is whether Diego will continue to direct the team for that time considering that his name sounds to direct the Xolos of Tijuana, team that currently plays first in Mexican football.