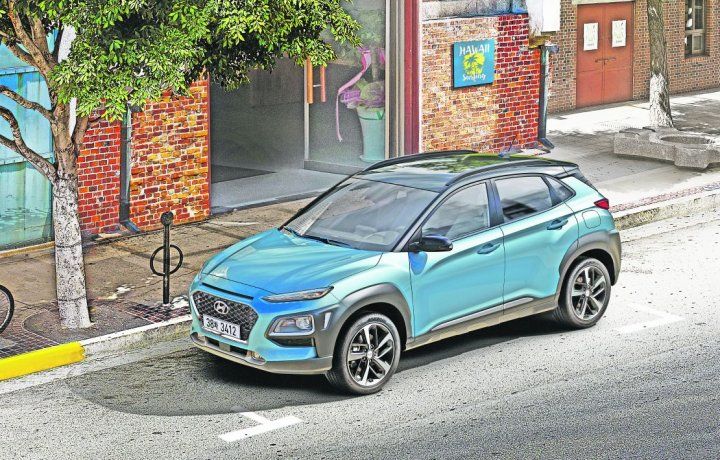 This scenario was most evident in import brands. And Hyundai, on that lot, was one of the most anticipated decisions that were confirmed last week: now pay taxes over $ 2 million to the public ($ 1,400,000 wholesale price). And so, the Korean brand concealed Hyundai's three launches, which were already prepared and only stayed to know the official measure to put the price poster.

Chief among them is the Kona, a SUV of the B segment, but with the resources and equipment to compete with the premium rivals. He also added versions of the newly released Veloster and the Tucson SUV, the best-selling Korean brand. The three models are exhibited at the Cariló booth.

Designed by the European team of Hyundai Motor Company, it has the same features and equipment of Kona that is marketed in Europe.

It comes in two versions and stands out for its level of security and assistance. In this sense, it is the first vehicle of the brand to incorporate the complete assistance package (ADAS). In addition, it has already achieved the highest security rating granted by EuroNCAP and IIHS, to Europe and the United States, respectively.

The engine is the 1.6 turbo of 177 hp; 27 kg of torque between 1500 and 4500 RPM; Dual clutch seven-speed gearbox that gives you lower fuel consumption and better acceleration.

Comes with 4WD on demand traction system with button lock with advanced traction control; Multilink rear suspension; tires with floor 235 (wider than the Tucson for example).

It also has a very complete level of comfort and connectivity equipment with Android and Apple systems.

"Kona is an SUV, a Crossover, a GTi, it's the safest, most equipped, it's design, it's European quality, it's 4×4, fast and efficient. There are no expensive options, everything is standard in both versions." the synthesis that Hyundai chose in its statement.

Hyundai also began marketing the Ultimate version, the most equipped, and completed the reach of the Veloster family.

It complements the versions 2.0 6AT and 1.6 Turbo Sport 6MT. Mix the most powerful engine with the Variant equipment oriented for comfort.

The 1.6 Turbo engine is a direct injection engine of 204 horsepower, 27.0 kg of torque and overboost function. It is associated with the automatic transmission with 7 speeds and double clutch. It costs u $ s42,500.

In addition, the Tucson SUV completed its range with the Turbo 1.6 and 2.0 diesel versions and the addition of the new eight-speed transmission to reinforce the offer of the most successful model of the Korean brand.