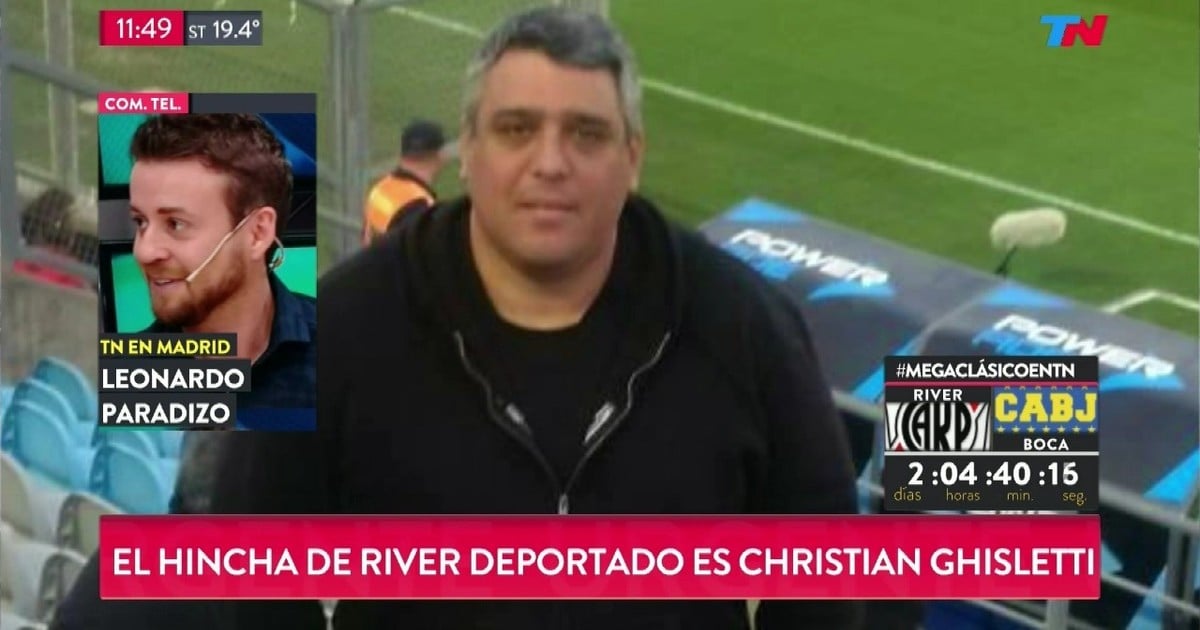 Security in Spain is still alert for the entrance of Argentine bars. And as they banned entry into the country from Maximiliano Mazzaro and another Boca bar, they also did it with a River bar that tried to get to Madrid for the final and that has bottom.

This is Christian Ghisletti, 45, who had the right of admission and traveled to Spain. When arriving in Madrid, the authorities decided to deport him to Argentina. The bar, native of Ciudadela, has a history linked to the bloody prisoner of Los Borrachos del Tablón.

The bar, despite the fact that from its surroundings say that it has moved away in recent times, was part of the bloody Battle of Los Quinchos and Playón in 2007 that triggered a war of Los Borrachos del Tablón, Rio Bar. . In June of that year, Ghisletti had been indicted (without pre-trial detention) for injuries.

These episodes, at a time when Los Borrachos del Tablón was led by Alan Schlenker, were part of a violent escalation that ended with the assassination of Gonzalo Acro, the whereabouts of Adrián Rousseau, another of the leaders of the bar that generated a division with Schlenker.

In 2016, the River Bar had requested that it be removed from the list of the right of admission that the Justice had and even tried to enter the stadium Lanús in March of 2017, but denied.

Guillermo Madero, director of security in football programs at the Ministry of Security and in charge of the "Safe Tribune" program, confirmed that all bars and persons who had the right of admission in Argentina would not be allowed to enter the stadium, but that prohibition of entry into the country was a matter to be resolved by the Spanish authorities.