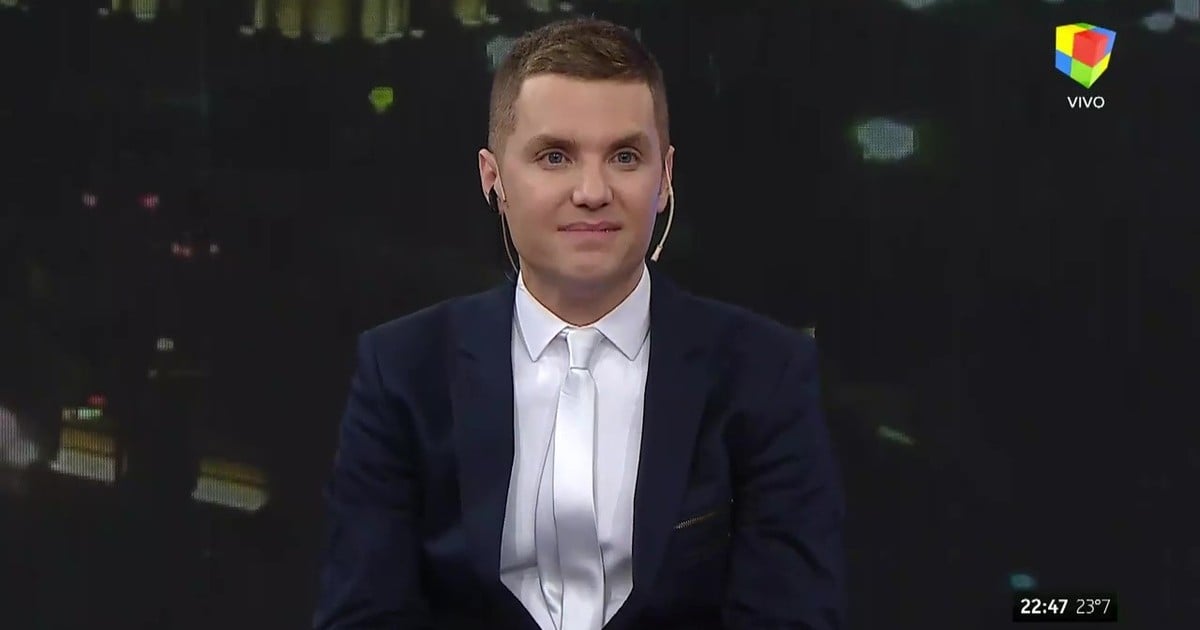 On his last night in front of "Intractable"and his farewell to America to go to work on Telefe, Santiago Del Moro He made a painful confession of his personal life that surprised everyone.

Reluctant to speak publicly about his private life, with the excitement of leaving the channel where he worked for ten years, Del Moro he could not fail to tell what nobody knew, not even Liliana Parodi, Programming Manager of the station, according to she admitted to the air a time after the confession of Santi.

Stock Image Santiago del Moro bid farewell to the United States after 10 years working as a driver on the canal.

On the night of the farewell, the guests and the panelists asked the driver questions. In this context, metro de Néstor Segovia said: "Did you believe everything he said when you did the interview with Macri?" He alluded, of course, to the interview that Santiago Del Moro He made the President of the Argentine Republic a few hours before PASO that happened in August 2017.

"It was at that moment that the thing was already difficult in the economy," Del Moro began to answer. "It is not known whether he believes or does not believe in politicians … For the simple fact of being a politician, you more or less do not believe him. in my heart, I think the politician is campaigning all the time. " That said, the memory of that August day of last year moved him and Del Moro He ended up making public the difficult experience he had to spend shortly before doing the interview with Mauricio Macri.

"That note was not going to make me," he explained. Santiago Del Moro-. And look what I'm going to say … This note would be made by another colleague and they chose me. This I will tell you because it is life and I never speak of my private life … But that day, with María, my wife, we lost a pregnancy. After that moment, I made the note with the President of the Nation. It's a bit of the metaphor of life, because life is that too. It's the good and the bad and that's why nobody sees it. "

At this point in history, a Santiago Del Moro his eyes were wet. "I get excited and I want to be strong," she said, "it was a recent pregnancy, a few weeks, she would do the first ultrasound and I would fly to make that note, and she called me … A lot of things happened to me.My head, because I had been chosen to do that interview, I had all the pressure from the media, from my colleagues, from the press, from people … And in those circumstances I came to Olivos, but I said: I'm a professional Eu I have to continue. "And then I did, today, I say from afar, but it was a very painful moment, but it's life."