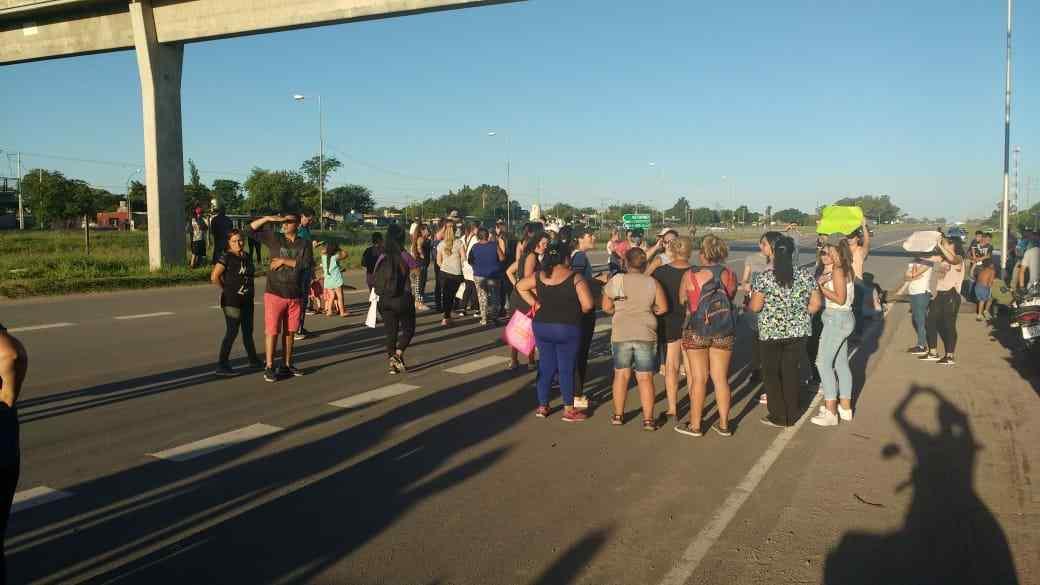 The feminicide of Daiana Moyano (24), mother of two girls, exposed the problems afflicting neighbors on the eastern outskirts of the capital of Cordoba.

For the claim of brutal femicide is added the request for the reconstruction of the road to Chacra de la Merced.

The neighbors of Ciudad Mi Esperanza, adjacent to the Malvinas Argentinas, maintain the buses of line 68 of Coniferal

"The neighbors keep the buses in La Floresta, there were machines going to the Circunvalación, they threw some material, but there are other sectors of the road that are in bad conditions," they said of the transport company.

The request for the road state already dates several days ago and the neighbors question both the municipality and the province.

Added to this was the death of Daiana, the young woman who was murdered in the open. Apparently, the aggressor argued with her in the collective and having to go down to several cudras of his house was finished in a field.

"No one remembers us, we've spent all night protesting," one neighbor said.

The protest generates chaos on Route 19, at the height of the Malvinas Argentinas, in Greater Córdoba. The police make deviations in the sector.

The part of the road that goes from Chacra de la Merced to Circunvalación, about 4 kilometers, corresponds to the Province. There were road machines in the sector and material was laid, but the rains of the last few days complicated the tasks.

What they said about the Municipality

Cecilia Aro, Secretary of Citizen Participation of the Municipality, told Radio Miter: "We were moved by what happened, nothing that can be said brings comfort to the family, but says what the Municipality respects." Last week, the modification of the route had to do with the work on the road and then the weather did not help. "

"The tasks were done several times, we talked about a territory, a large street, a remote area, regardless of whether the 020 is pulled out and intervening permanently, a structural solution is needed to move on a trough that ends with Asphalt, that's the solution, "he said.