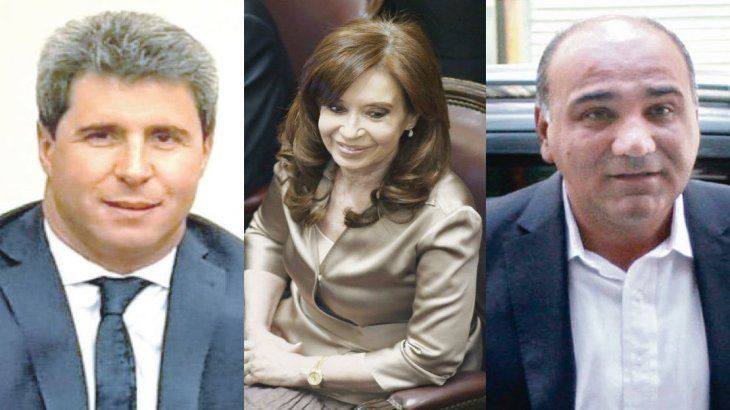 Paradoxically, and although repeated for each leader who will do whatever is necessary to ensure that Mauricio Macri is not re-elected, the former president would be functional to change in more than one province.

At least 10 provincial leaders of Peronism have already decided that they will not tie their future to the presidential candidacy of the former president and joined the Federal Alternative, the front promoted by Juan Manuel Urtubey (Salta) and Juan Schiaretti (Córdoba).

At Casa Rosada they are finishing polishing the calendar of gubernatorial elections in the provinces. To escape the national dispute, the Peronist governors Sergio Casas (La Rioja), Domingo Peppo (Chaco), Mariano Arcioni (Chubut), Juan Manzur (Tucumán), Gustavo Bordet (Entre Rios), Sergio Uñac (San Juan) and Rosana Bertone (Tierra del Fuego), among others, will deploy the elections to provincialize the campaigns. In the Patria Institute, the presidents' rejection of playing for kirchnerismo already generates the first exposed fractures that Casa Rosada will seek to capitalize on the polls. There are at least four provinces where Cristina will plant her own candidates for the governors in an internal dispute that will divide the Peronist vote in the territories and will end up favoring the only candidates of Cambiemos.

Tucumán is an important case. Juan Manzur, who joined the armed alternative Peronism of Urtubey, Schiaretti, Sergio Massa and Miguel Pichetto, will suffer the competition of his predecessor, José Alperovich, who will try to regain power with the ticket of the Cristinista Unidad Ciudadana. "With 30% of the electorate we can win the Peronism of the province," enthusiastic about the Ministry of Interior. Rogelio Frigerio will present the Cambiemos candidates: the Peronist Domingo Amaya, the radical José Cano and the former Minister of Finance, Alfonso Prat Gay.

In Chubut, the exposed fracture of Peronism puts at risk the reelection of Mariano Arcioni, who suffers the siege of Intendant Kirchner of Comandante Rivadavia, Carlos Linares. "Chubut wins if we are all together," he warned in the last act he shared with Linares.

In San Juan, the government supports Sergio Uñac, who, however, must also find a balance to avoid that the kirchnerismo post Jose Luis Gioja like candidate to governor of Unidad Ciudadana outside the PJ. The fracture of the Peronist electorate could also favor Cambiemos. In the province of Cuyo, Radicalismo will support the candidacy of Marcelo Orrego to the governor in Cambiemos, a front that he divides with Production and Work, Act, PRO, Citizen Dignity and Renewal Crusade. Eduardo Castro stressed that the party that heads "will not present" any pre-candidate to the provincial president to compete with Orrego and Gustavo Fernandez. Although Cambiemos goes with a single candidate, Uñac's numbers prepare him for re-election. According to the INDEC, the highest unemployment rate was registered in the Santa Rosa-Toay conglomerate in La Pampa, with 13.2%, ahead of Mar del Plata, 11.8%. In contrast, the lowest figure was recorded in San Juan, with only 2%.

In Entre Rios, a similar phenomenon occurs. Gustavo Bordet will seek reelection, but may face the candidacy of Kirchner Sergio Urribarri, a partition of the electoral flow of Peronism that revives the chances of Cambiemos in that province through the radical Atilio Benedetti and macrista Alfredo de Angeli. The Peronism of the Chaco suffers the same karma. Domingo Peppo, also a member of alternative Peronism, must face the torment of Jorge Capitanich, intendant of Resistance who, with the hand of Cristina, will try to return to government next year.

However, let's change also suffers its own internal. In Cordoba, there are many candidates, only one province where there is no STEP. That is why the Interior evaluates the possibility that the radicals Ramon Mestre, Mario Negri and the macrista Héctor Baldassi undergo an open stage that is not obligatory to define the candidate of the unit that will face Schiaretti, one of the closest governors of the House Pink. .

The concrete is that with Buenos Aires and Jujuy, both ruled by Cambiemos, in doubt; Salta, Formosa and the City of Buenos Aires, would next year be the only districts that would unify provincial and national elections.