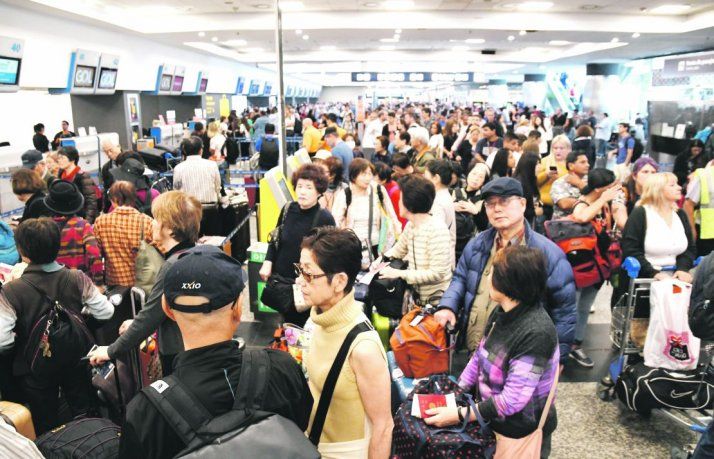 Although the strike originally scheduled for 48 hours from 6 yesterday had only a few hours of execution and had no effect just started a negotiation at the Ministry of Production and Labor, the discord between the administration of Mauricio Macri and the aeronautical unions is far from have overcome. In fact, in recent days a deregulated decree of ramp services that until now lends the state Intercargo, are still undefined in 2018 and 2019 in Aerolíneas Argentinas and Austral, a trade union related to Flybondi was authorized and weighs on the aeronautical technicians (APTA ) the threat of validating a similar revalidation for foreign dispatches that was attempted with the pilots.

Yesterday's crisis, meanwhile, showed an unusual face of government. Two hours after the start of the pilot strike, and during a hearing convened by the Secretary of Labor, Lucas Aparicio, the National Civil Aviation Administration (ANAC) accepted the repeal of resolution 895/18, which relaxed the requirements for hiring workers. foreign pilots. Tomás Insausti, head of ANAC, had to retreat 48 hours after ratifying this regulation in another hearing with the two guilds in dispute, the Association of Pilots (APLA) and the Union of Aviators (UALA, Austral). Recent history has shown that, in measures prejudicial to unions, the government generally preferred to pay the costs of the conflicts and not to back off at the most to leave suspense and the latent threat of resumption.

The strike was firm until yesterday. Even so, Aparicio had dictated on Wednesday night a mandatory reconciliation that the guilds were in charge of ignoring, because they understood that the deadlines for implementing it were already behind schedule. Shortly before this scenario, Dante Sica's number two asked Pablo Biró, the head of APLA, and Cristina Erhardt, his UALA duo, to advance an 8-hour ANAC hearing scheduled for two hours later.

Until then the resolution was almost down, which represented an internal defeat of Insausti, its promoter. The hearing was only a procedure in which the official confirmed his revocation and the unions agreed to lift the measure of force. Aparicio, in his debut as Secretary of Labor at the head of his first negotiation of high sensitivity, ended up capitalizing on the deactivation of the strike. At that time, only Aerolineas Argentinas had informed the cancellation of 21 flights affected by 2,200 passengers, while there were also problems with the services of Avianca, Latam and Andes.

The conflict, however, allowed the growth of an alliance that promises to bear fruit during the election year: that of the aeronautical corporations, in particular the pilots, with the eldest son of Hugo Moyano. The truck driver was one of the first to sympathize with the commanders' demands and did so after taking the position he held last year as the first vice president of the ITF international transport corporation. As this paper has published, Pablo Moyano will try to use this distinction as an eventual key to launching force measures and stoppages outside the legal umbrella that Argentina represents for the CGT. In recent days, the trade unionist has also publicly expressed his solidarity with SOMU maritime protest, which has done work to regulation to demand an agreement on its parity.