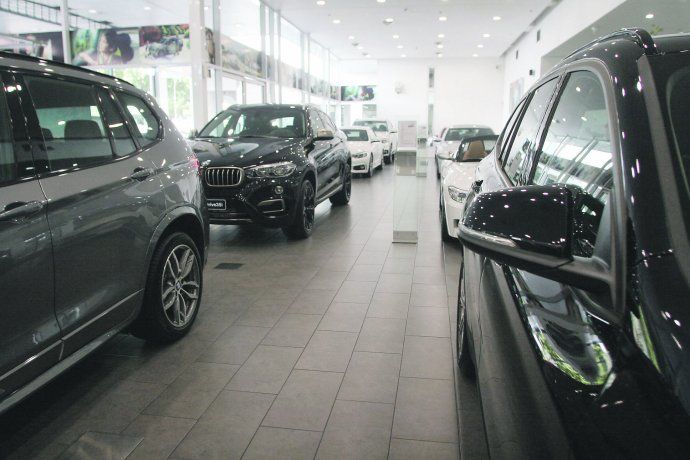 The consequence of this situation is already felt. At ACARA, they estimate that they have closed about 20 agencies (out of a total of 800) and that around 15 thousand jobs are at risk from the 45 thousand that the sector has, that is, more than 30% of the workers. This is due to the fact that entrepreneurs predict a bigger drop in operations until 2019. According to their calculations, next year's patents will be around 600,000 units, 25% less than the volume of the last 12 months.

Due to the abrupt change in demand (the first four months have been a sharp fall record since then), there is an excessive inventory of units that is located at a historic peak. Ambito Financiero reported Tuesday that it is estimated that among the deposits of factories, concessionaires, importers and ports, there are 260 thousand vehicles without a buyer. This covers the needs of the market for the next six months, with the current rate of demand. One fact that explains this calculation is that the tickets – the buying operations that are made – have dropped 50% year on year. "Most concessionaires are losing millions of pesos due to the drop in demand, as well as the high financial cost paid to keep the money after 30 days," said Ricardo Salomé, treasurer of the entity, during a meeting with journalists at the end of the year. The high cost of credit also affected consumption and caused the financing to disappear. The other strong blow was the collapse of savings plans that dropped about 10 points of participation measured in signatures. Although there are price discounts, they are not run for sales by this system which are set based on the total price. The 0 km increased on average 80% in the year, with peaks of 100%, depending on the models. This is what has increased the quota of the plans and that is why there are several lawsuits to mitigate the impact of this increase.

The businessmen complained about the terminals because of the commercial policy. "The terminals are leading us to take more cars because they did not sell the cars that were not sold in Brazil," said Rubén Beato, secretary general of ACARA.

Taking into account the excessive stock of cars and the big bonuses, the businessmen estimated that the 0 km are in low values, measured in dollars. Once the supply-demand flow is balanced, the situation will change. "This is a good time to buy cars because there are many promotions. Next year prices will rise," warned Carlos Movio, general manager of ACARA.