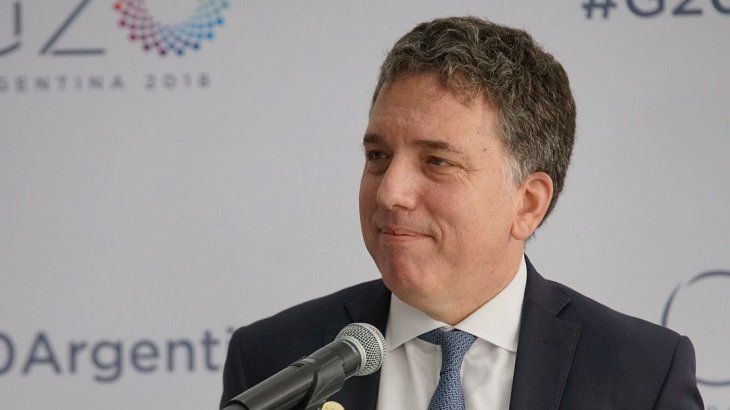 Public bonds, fixed terms, Mutual Funds, Negotiable Obligations and Lets will be reached in 5% if they are in pesos, and in 15% if they are in dollars or indexed by UVA (Purchase Value Unit) or CER (Reference Stabilization Coefficient ). These are incomes in excess of $ 67,000.

In the Federal Administration of Public Revenue (AFIP), they say they are waiting for the measure. But they anticipate that the agency's resolution, which determines how it should be paid, can be published in the early days of next year.

The first part of the controversial tax was launched earlier this year. This is the one that corresponds to the foreign residents. Following its implementation, the first major race of investors against the peso took place at the end of March. Many left their positions in titles and different instruments like the Lebac, not to pay the tribute. The Financial Income Tax was born as a condition of the Renewal Front to the Government to approve the tax reform at the end of 2017.

The contribution that the tax will leave to the treasury chests is considered marginal so that it can be questioned whether its collection efficiency will compensate for the rupture it will cause to investors and savers. It can raise just over $ 8 billion, but stop new investments and finance income.

The only instruments that will not be reached will be the shares of Argentine companies. Thus, the Common Investment Funds (CFI) that have their portfolio integrated in at least 70% of the national private securities will be exempt. Balanz data indicate that FCIs move a total of $ 570 billion per year, of which only $ 20,000 are local stocks whose profitability will not be achieved.

The tax will discourage direct investment in debt securities issued by the government and the provinces. If an investor buys a bonus, he will pay for the interest generated by the coupon, even if the price is low. For example, this year the documents of the Argentine government were severely punished. Due to the climate of mistrust, in 2018 they lost 30% of their value. Therefore, the pledge is expected to generate a move in favor of the FCI. Although the profitability they give to those who subscribe to quotas is taxed, portfolio management compensates for declines in some securities with the increase of others.

The AFIP is expected to determine that banks act as tax retention agents that accumulate fixed-term deposits, which will be the simplest of all. But doubts arise with investors with different positions on different instruments. Some may generate profits and other losses. In these cases, the AFIP may determine that some taxpayers submit annual sworn statements.

Another aspect to consider will be the ADRs, the Argentine stock certificates listed in New York. They will pay the taxes, and will also be achieved the exchange transactions that a holder can make for the corresponding national private documents.