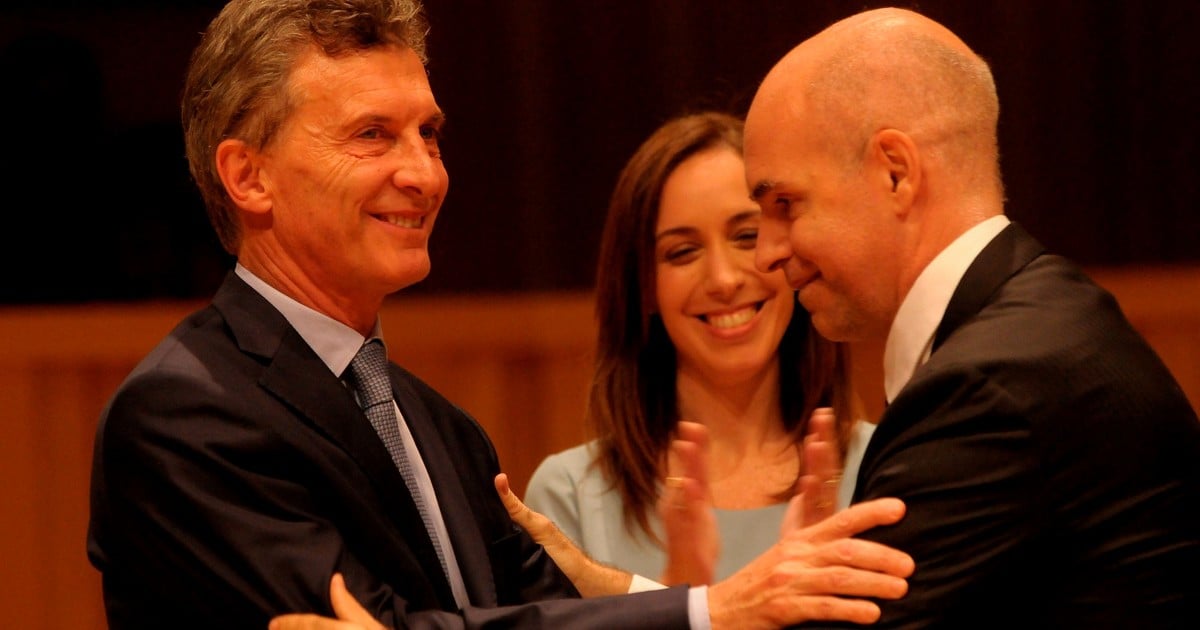 The team that wins is not touched.

That football fan knows her. Jaime Durán Barba, a man of political laboratories, but who has been imbued with the Argentine football jargon in the long years that work for the macrism and the xeneize origin of the leader of that space.

Therefore, the Ecuadorian consultant has argued in recent times that for the 2019 election fight, the formulas should not be touched, since modifying the payroll does not influence the decision of the voters in a gravitational way.

But different political situations, after three years of change management, added elements that the macrista laboratory looks seriously at modifying the formulas in the three main districts: Nation, Province and City of Buenos Aires.

The district review by district may not be accurate as some names are cross-referenced when analyzing the closet by closet.

To accompany Mauricio Macri in the 2019 presidential fight, the first name – bound – is that of Gabriela Michetti, current vice and maximum authority in the Senate of the Nation. But the ambitions of radicalism and some growth in the PRO put the question at issue. The radical pretensions of naming a man of his own – with the governor of Mendoza Alfredo Cornejo at the front – lost strength in the head of President Mauricio Macri himself.

The name of Patricia Bullrich entered this league due to the development of the Minister of Security, today ratified in the axis that Macri took with the theme Security: Taser weapons, expulsion of delinquent aliens and low of the age of imputability. To this it is added that Bullrich did not dislike at all the idea of ​​being in the presidential formula with its unique political head.

Another name that sounded for that closet is that of Carolina Stanley, the minister of Social Development, who received this week's support Elisa Carrió, who in a report with "A dos dos Voes" praised her with force. The national official also has – as Bullrich – the highest consideration of Macri, although Stanley is acting politically for a longer time with the head of the PRO. But one difference is that the owner of development does not aspire to this role. And that name is also played in the city of Buenos Aires.

The possibility of Stanley as vice president of Horacio Rodríguez Larreta came into force in the last days for two reasons: one, because the current deputy Diego Santilli could not renew this role, would be disqualified to compete in 2023 for the eventual succession of Larreta. And the other, because she is a woman and has a very good image in the electorate of Buenos Aires.

Thus, the minister would leave the National Cabinet and compete in the city where she was already Minister of Social Action, where she succeeded her friend Maria Eugenia Vidal. Another name that came up is that of Graciela Ocaña, an ally of Macrismo in the City, well tuned to Larreta but not belonging to the PRO kidney.

In this discussion also emerges the fate of Santilli who, if not renewed as deputy chief, would have destiny for a different role. The head of the Buenos Aires Cabinet or a national ministry appears as potable to those who today have taken over the reins of the Buenos Aires Ministry of Security.

All these questions will happen this weekend in the meetings of Mauricio Macri with Larreta and the governors Alfredo Cornejo and Gerardo Morales in La Angostura. There will be a discussion on possible electoral developments, that is, some provinces governed by Cambiemos separate their election from the national dates that are on August 11 for ODEP (Primary) and the general elections on October 27.

On these dates, the next president of Argentina will be defined and Macri was clear with his intimates in the definition: "We're all going to fight together". Thus, the President will seek his re-election and for this, as Marcos Peña and Jaime Durán Barba desire, he intends that important districts like the province of Buenos Aires and Mendoza do not elect a governor on a different date.

The case of the largest province, Buenos Aires, is the most delicate because its president, Vidal, believes that it is best to give the president a powerful triumph before the general election and thus promote the re-election of Macri. And by the way, deprive Cristina Kirchner of the pressure of the mayors of the Conurbano, who would throw their luck in a meeting other than the national, a fight that does not change their lives if they manage to keep their municipal seats.

When analyzing the formula in the province, Cambiemos's analysis begins with the approval of María Eugenia Vidal for her current deputy Daniel Salvador. The radical leader has been loyal, according to the governor, and made no noise with his sayings and political actions in the three years of vidalist management.

But since this negotiation is linked to the rest of the national discussion of PRO with UCR, the Buenos Aires formula could also be modified and some other exponent of radicalism could be launched there. The name that emerged in the vidalista bunker in the Retiro area, where Vidal herself and her chief of staff Federico Salvai have their offices, is that of Gustavo Posse. The current mayor of San Isidro has influence on the political thread of the Province and already several of the referents of the Legislative Assembly of Buenos Aires know that this name is scrambled for the provincial formula.

In the national negotiation of macrism with radicalism also appears the theme of the Chamber of Deputies. The national deputy Mario Negri is Marcos Peña's favorite for the government's fight in Cordoba, province where the numbers smile for the Peronist Juan Schiaretti by his re-election.

If what all the surveys predict for Cordoba to happen, Negri would head the list of national deputies in October, which would put him ahead to head the House of Representatives. instead of Emilio Monzó, who will retire from this role. But if PRO wants a "cigar" in that place, one option is Cristian Ritondo, now Minister of Security of Vidal, who has already said that he will not continue in that chair in a possible second term of Mrs. de Cambiemos. Ritondo also sounds if the top management of the PRO establishes its own formula in the province and can thus accompany Vidal in the dispute for a new administration of Buenos Aires.

All these definitions will be discussed in the summer and will be answered in March, when the president and his small table – Peña, Vidal, Larreta – define the most relevant issues. The date of a possible division of Buenos Aires is the first element to be solved.

For this, everyone will await the return of the Ecuadorian Durán Barba, estimated for the last week of February.