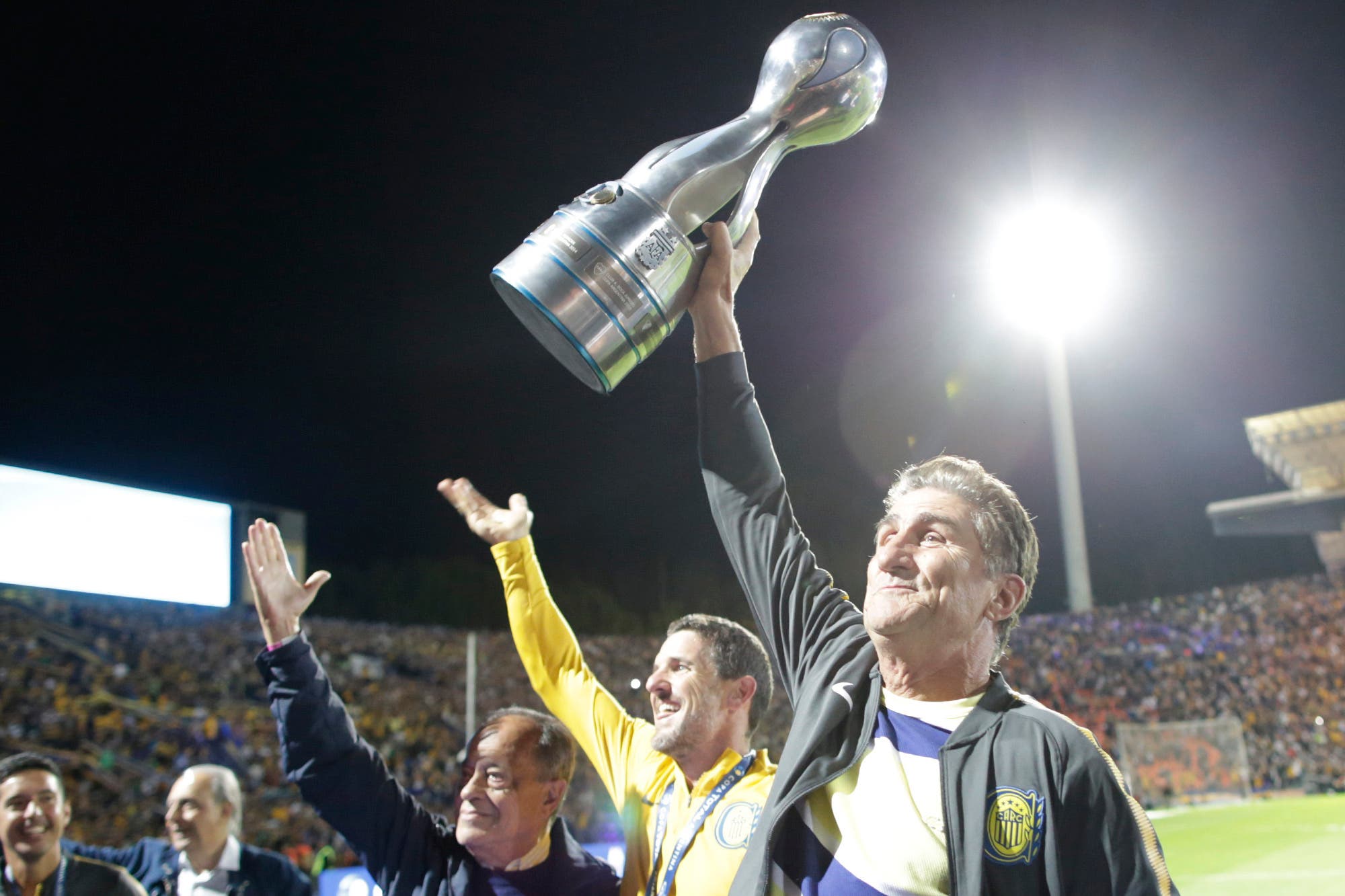 it was his house, his training, his takeoff. There he learned to be a leader, to be a protagonist, to earn his daily bread in football with responsibility and presence. As a player, he had great achievements. This is

Patón, the coach who came home to be champion.

He was part of great teams that were the ones who gave the last joys to the local scoundrel. Two "equipazos", that under the leadership of perhaps the greater hero of Arroyito, "Don" Ángel Tulio Zof, charmed his and others. The Nacional of the 80, winning the final of Racing de Córdoba of Coco Basile, and later the championship 86/87 together with Omar Palma.

As a TD luck was elusive, if that can be measured with that stick. He led a great team in Apertura 98 with Juan Antonio Pizzi as a banner: he scored 43 points as a result of fourteen wins and a draw, and had to settle for second place behind a devastating River run by Ramon Diaz. That same year, he lost the final against Santos, Brazil. It fell in the first match in Brazil and the tie at zero in Gigante did not manage to reverse the situation. In 2001 reached the semifinals of the Libertadores being eliminated by Pachuca, in Mexico. Nearby, Bauza was always close.

Bauza arrived in the Central Rosary in an almost startling way. His last work was stumbling in his career, as if his closure by age had undermined his strength. His time in Argentina in the qualifiers was chaotic and his exit was disorderly. Then they came to Saudi Arabia and the United Arab Emirates. The frustrations were almost the same.

When in Ecuador, where he resides with his wife and daughter, they were waiting for him, love for Central Rosario was over. No money could compete with Bauza's auriazul heart, a historical symbol, though it seems repetitive of the Genoa and Cordioviola club. He came in search of revenge and another piece of glory. He caught them.

The present in the Super League is not one of the best. After a devastating start fell into a football pit, which opposed the rhythm of the Copa Argentina, which officiated as a balm. In this competition, and without playing well, was defeating, by defeating Antoniana Juventude, the penalties against Talleres and Almagro, suffering a lot in both games. Then the resounding win in the classic against Newells playing regularly, the terrible performance against Temperley in the semifinals, where again he was right on the time to break a penalty shootout. And the final … Everyone already knows what happened in the final. Everyone has seen Patón Bauza with the cup in his hands.