Cavallo criticized the monetary plan: "Sandleris will be worse prepared than Sturzenegger to face a currency exchange" 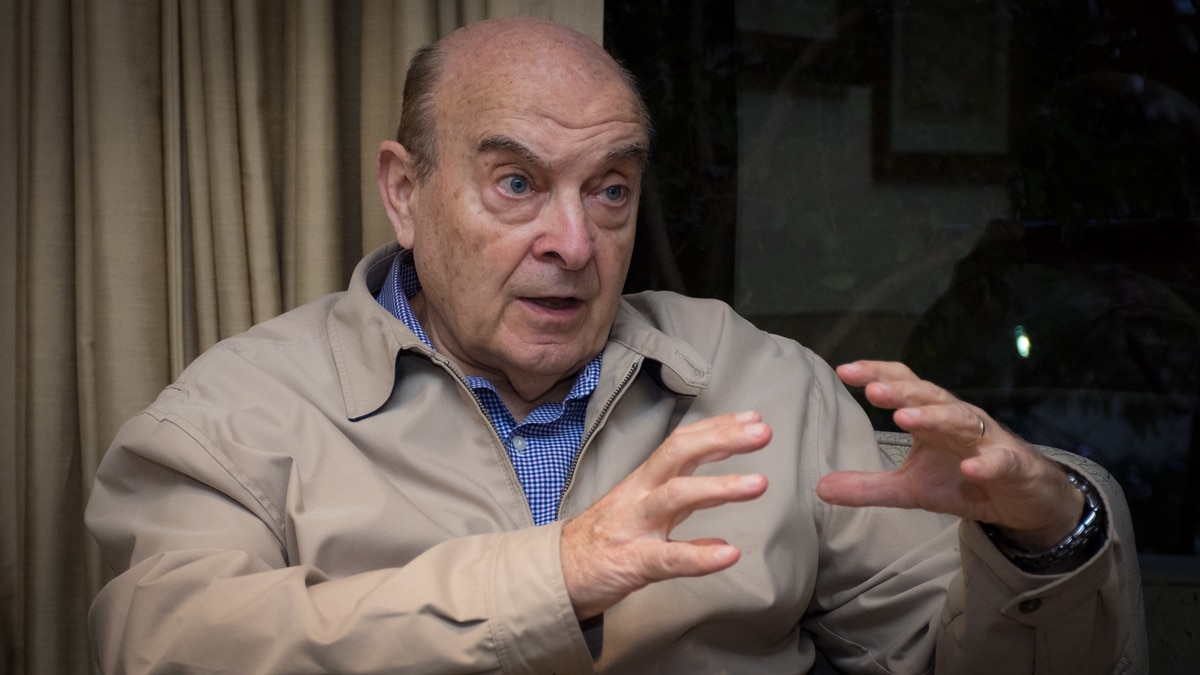 The former Minister of Economy Domingo Cavallo questioned the policy of the Central Bank applied by its current president, Guido Sandlerisand his predecessor in charge Federico Sturzenegger.

In your personal blog, the former president of the Central Bank said that "adhere strictly to the type of monetary management announced, Sandleris will be worse prepared that Sturzenegger to face a exchange rate"

"In both cases, that of Sturzenegger between December 2015 and June 2018, as in Sandleris as of October 1, 2018, the Almost dogmatic adhesion to clean flotation, endorsed in both cases by the IMF, is a source of vulnerability in case of currency crisis, even greater than the fiscal weakness, "he said.

Cavallo emphasized that "in the case of Sandleris, the way you are dealing with exchange intervention since the exchange rate has pierced the floor of the & # 39; no-intervention swap area & # 39;, shows that He prefers to intervene very little., according to the quantitative limits imposed by the IMF, so that, in fact, all this artifice of supposed exchange rates is nothing more than camouflage a clean flotation system"

But the former minister said that "this very limited intervention "in order to avoid the the monetary base "is a very bad signal for the future ", because in his opinion, yes"the exchange rate will pierce the roof the area of ​​non-intervention, the sale of currency of the Central Bank I would be restricted quantitatively, as it seems committed to the IMF. "

"In that case, it would happen to Sandleris what happened to Sturzenegger, who intervene in a puchitos and not define a kind of change as a goalfinished not being able to stop the race would change, "warned Cavallo, who did not rule out a serious political crisis in that economic context." would be placed throughout the Government. I hope it never happens! "He said.

For Cavallo, "the interest rate is a much more powerful tool to counter inflation than quantitative control, "although he believes that"effectiveness That would change a lot if they were combined interest rate and aggregates monetary. "

On the other hand, the economist pointed out that to raise bank reserves is very less expensive for the BCRA to issue LELIQ, and although "normally you can not control both the amount of money and the interest rate"in the Argentine case"Yes, it is possiblebecause there is a third monetary policy instrument that is the banking reserves ".

He criticized that "the Central Bank is willing to pay 4 billion dollars a year to banks so that two tools of monetary policy, the monetary base and the interest rate are allowed. "But in your opinion, do not focus on the exchange rate, The monetary entity commits itself "Crash error" not take into account "the possibility that the people choose between local money and dollars, or between dollars and assets, "which leaves the economy"very vulnerable to a currency exchange"to" more than in Sturzenegger's time. "

"O Monetary base is not the best guide to influence inflation. My goal is to help prevent a monetary crisis before the elections, "said the former head of the Treasury Palace during the presidencies of Carlos Menem and Fernando de la Rua.

"In short, the $ 160 billion economy is likely to be at the expense of the bank's profitability, but considering how much they are suffering from non-bank corporations, large, medium and small, it does not seem very unfair that some sacrifice also makes the banks, "Cavallo added in a personal blog post.

In this regard, he added: "As the central bank (Argentine) Yes, it issues public bonds. (formerly LEBAC, now the LELIQ), the Monetary Base shall include the LEBAC and LELIQ stock, as well as the balance of the transfer transactions with financial entities. "

"The argument that LEBAC and LELIQ are monetary liability paid of the Central Bank and that is why they are excluded, is not valid. Much of the lace of the central bank's banks, they are also paid, in fact, they are remunerated for the cost of capturing deposits of the banks, "he said.

He warned that "this problem with the definition of the Monetary Base is not simply a semantic issue. economic effects on the deficit Supervisor. "