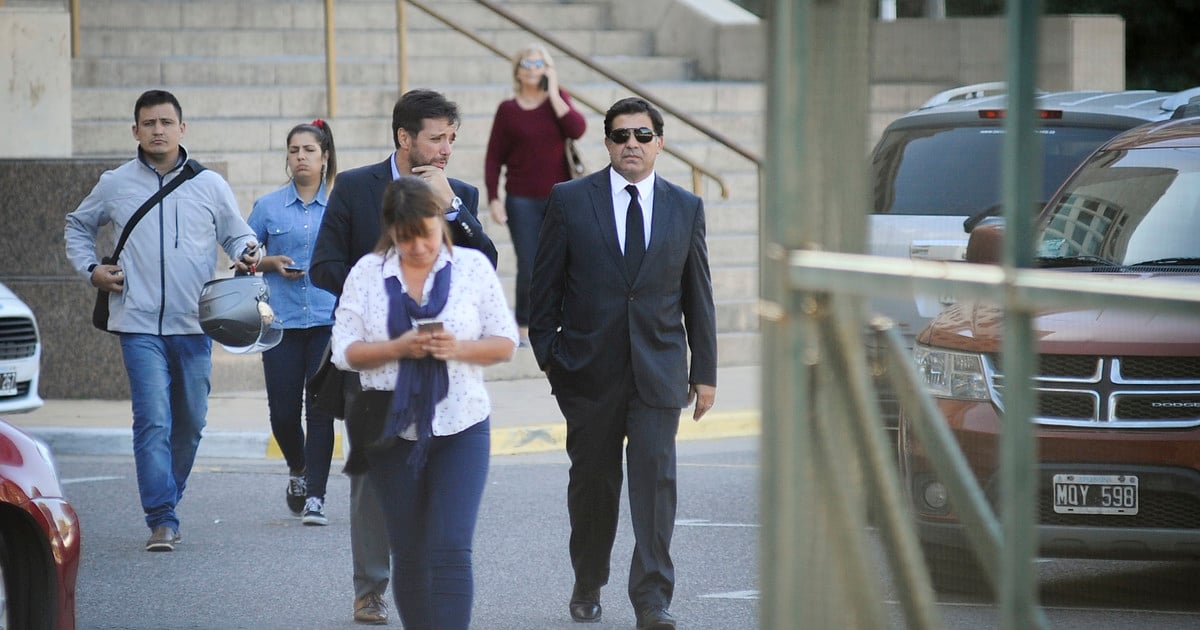 Four months after Amado Boudou and his associates were convicted of buying the old Ciccone print and maneuvering to print the tickets, Judge Ariel Lijo advanced on Friday in the case known as Ciccone II, which investigates the route of money that was used to finance the operation. The magistrate prosecuted for abuse of authority to former head of AFIP Ricardo Echegaraywas accused of covering up fiscal irregularities and financing the maneuver that led the former vice president to prison. For the banker Jorge Brito, for the former director of Banco Macro, for Máximo Lanusse and for the former owner of the Mint, Katya Daura Lijo sued them as Required Participants in Incompatible Negotiations with the civil service.

In the first part of the case, whose oral trial ended in August with a 5-year and 10-month prison sentence for the former vice president, Echegaray's former chief of staff at AFIP, Rafael Resnick Brenner, was also convicted. However, the hearings made it clear that the fiscal maneuvers to benefit Boudou and his friends could not have happened without intervention or at least the knowledge of the owner of the collecting entity.

Judge Lijo said that the former Ciccone passed into the hands of Nuñez Carmona through Vandenbroele, owner of The Old Fund (owner of 70% of the actions of the old chalcography). It was the only company able to print tickets and, to justice, "was in the hands of the former vice president."

The purpose of the operation was to "contract with the state the printing of tickets and official documentation". Not only did he print the ballot papers in 2011, but in April 2012, Cristina's government hired Ciccone to print 160 million hundred-peso bills at a cost of $ 140 million.

To finalize the understanding of the maneuver, this file was started which investigated the course of the money that was applied for the rescue and start-up of the old Calcográfica. The judge fixed three steps: the lifting of bankruptcy; the disembarkation of the funds and the management of the signature and contracting of the Ex Ciccone by the State.

The cause gained speed after the upset that occurred a year ago with the declaration as "repentant" of who was the ideologue of the armed company of companies linked to the former vice, Alexander Paul Vandenbroele. The judge gave the truth to his sayings. He analyzed the documentation and corroborated the circuit of resources applied to the acquisition of the old environment.

The court confirmed the previous negotiations that allowed an "illegal agreement" between Boudou and Núñez Carmona "for the lifting of bankruptcy, the granting of a plan for the payment of the debt they held (the press) with the AFIP and the contracting of the National State ".

Next, it was pointed out that Boudou, Nuñez Carmona and Vandenbroele intervened in a business related to the restructuring of the public debt of the province of Formosa. This task was performed by The Old Fund (TOF), later used to buy Ciccone, said Lijo.

In the phase of acquiring the press, Lijo had a specialist opinion where "it was not possible to demonstrate that the financing of the money that came from Raúl Moneta was in fact of Jorge Brito, but at least Jorge Brito's intervention in the phase of management of the company through Pablo Lanusse (former executive of TOF) and Francisco Sguera in what appears to be another contribution of a personal nature to the relationship he had with Amado Boudou rather than to institutional ", Express the resolution.

The operation had as a key link to AFIP. The former head of the AFIP is accused of alleged illegal aid so that Ciccone – already in the hands of TOF – could obtain an exceptional moratorium to pay his million dollar debt to the state. The magistrate ruled that Echegaray was responsible for "having changed his position regarding the granting of the AFIP agreement for the lifting of Ciccone Calcográfica bankruptcy, within two days without justification."

The power of the Federal Administrator to grant conditional or unconditional consent was not discussed, "what Echegaray was not able to do legitimately was to substantially vary the nature of the provided provision, in a short period, without further motivation than a request of the bankrupt company without any kind specification or detail on how you would settle the debt with the collection entity. "

Jorge Enrique Capirone was sued as part of the maneuver; Sergio Martínez; Katya Daura; Francisco Sguera; as participants in the crime of incompatible negotiations.