Carla Soggiu would have been disoriented and drowned 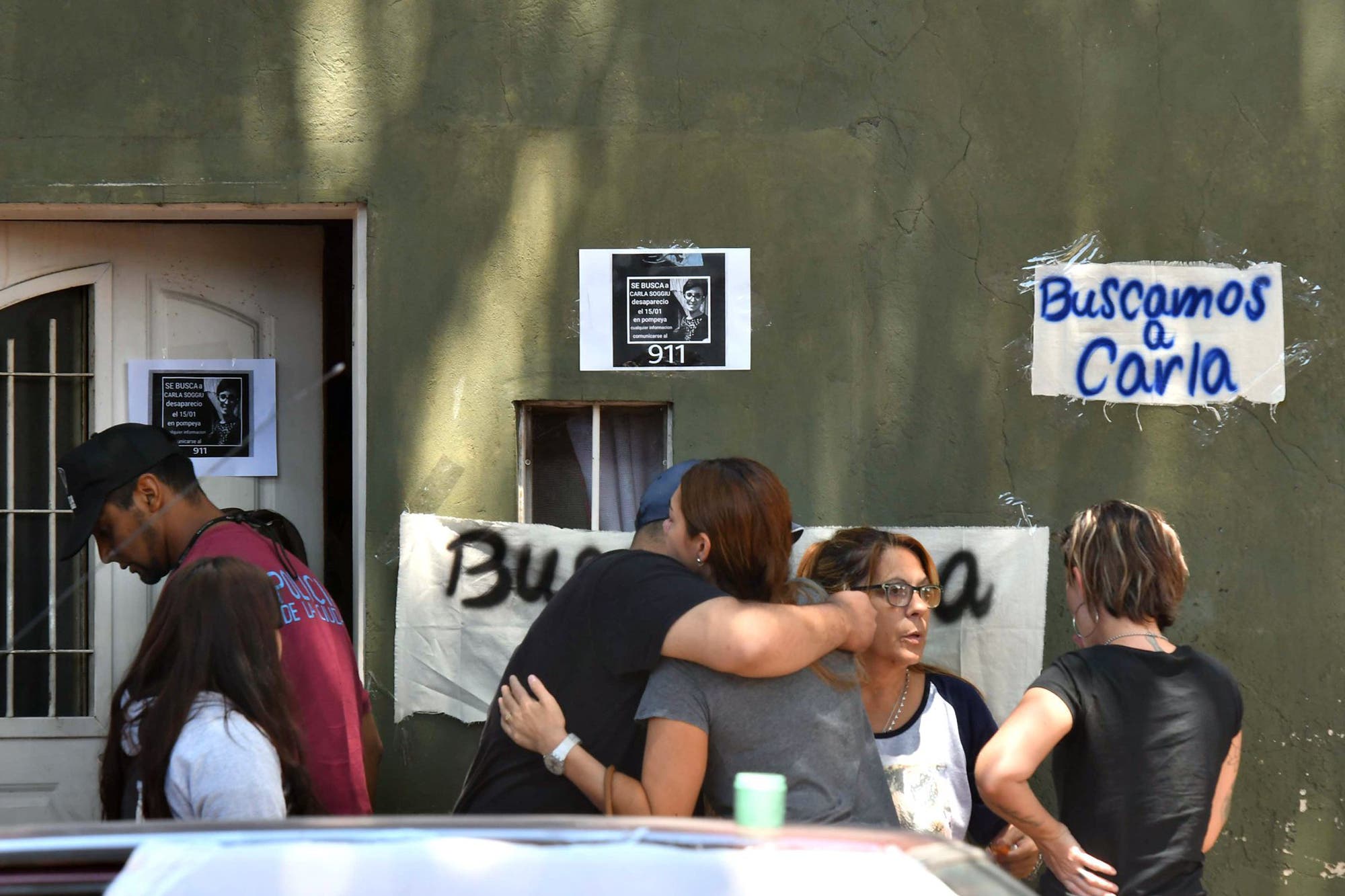 The body of the 28-year-old woman, sought since Tuesday, was found yesterday in Riachuelo

"I have water on my face." It was the last thing I would have told him
Carla Soggiu to the operator of the anti-panic device who helped her. It was 21.14 last Tuesday. Four days later, the 28-year-old woman's body was found
floating in the Riachuelo, downstream, more than four kilometers from the place where this last communication was registered.

During the conversation with the operator, Carla would have said that she did not know where she was, that she felt water on her feet, that there was a lot of mud and the smell of fuel.

Yesterday, minutes after 6:30 a barge operator from the Matanza Riachuelo Basin Authority found the floating body of a woman a few meters from the Bosch Bridge, high in the Barracks and on the coast of Avellaneda.

One of the workers working on the barge that cleans the bed of Riachuelo saw a body floating and upside down. After learning of the search for a 28-year-old woman, who disappeared last Tuesday in Nueva Pompeya, the operator alerted the troops of the detachment of the prefecture installed on the old bridge of Barracas.

According to investigation sources, in the afternoon, the victim's parents recognized their daughter's corpse through pictures they displayed in the prosecutor's office.
A tattoo and a piercing were the elements of the woman's body found in the Riachuelo that, according to her parents, coincided with those of Carla.

However, last night, prior to the autopsy, the specialists took fingerprints from the body to compare them with the fingerprint file of the young woman's document that appears in the Renaper (National Registry of Persons) database.

From the review of the body, experts from the Mobile Criminalistics Unit, would have warned that it showed no signs of violence and was in the water for several days.

While these elements would pay for the presumption that the girl had drowned, supposedly on the very day she disappeared, last night the autopsy was performed to establish precisely how and when she died and whether she was killed or whether it was an accident.

Outraged, Carla's relatives and friends cut off traffic on Ponte Alsina and demanded clarification of the case.

Carla, the mother of two children aged 2 and 4, had had an anti-panic button since December 26 because she had denounced her ex-partner, Sergio Fuentes, for

. Carla's ex-husband is arrested in the Marcos Paz prison. Judge Osvaldo Rappa ordered him to be arrested and tried because he had kidnapped Carla in the house where they lived in Cabred in the year 2100, where he had beaten and raped.

In the first hours of the search, the girl's relatives reported that her parents and the eldest sister had harassed her because they blamed her for sending the ex-husband to jail.

The investigators did not rule out that the aggression suffered and the rape to which he was subjected would have aggravated the effects of the hydrocephalus that he suffered. As a result of this pathology, Carla was operated on and an intracranial valve was placed. As it sometimes fell into periods of disorientation, the researchers also reviewed the hospitals during the first few days of the research.

According to research sources, one of Carla's latest live images was recorded by a security camera installed in Sáenz at 500, moments after she got off the bus line 32, between 18 and 18:30.

On 20.07, Carla activated the anti-panic device, which not only serves to alert a dangerous situation, but also allows a dialogue between an operator and the victim. According to sources in the investigation, he told the operator that he was disoriented. An hour later, at 9:14 PM, the woman pressed the panic button again.

Due to the fact that City Police technicians were able to determine the location of the last cellular signal, near Riachuelo, prosecutor César Troncoso ordered them to look at both banks in the face of the possibility that the girl had fallen in the water.