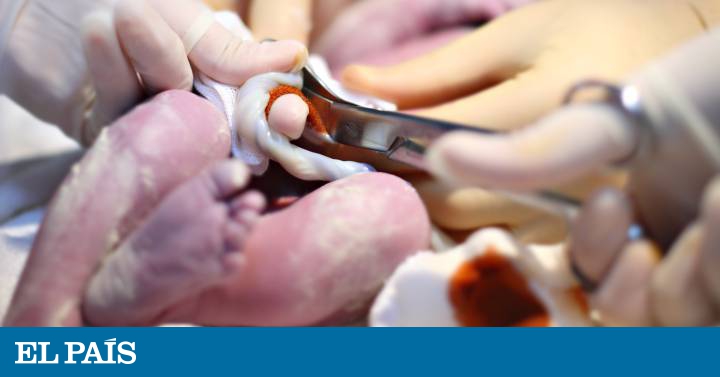 For a few years, consumption of the human placenta (whether raw, cooked, in shakes or capsules) has become a matter of debate and business in different countries. People who advocate this practice – the specific term of which is plague pharyngitis – state that it helps prevent postpartum depression, increases energy levels and stimulates the production of breast milk. In addition, they emphasize that it is very common among different species of mammals. Figures from the entertainment world, from Tom Cruise to Kim Kardashian, recognized the ingestion of this ephemeral organ. There are even cookbooks. Its consumption is also promoted in some circles of alternative medicine.

On November 27, Canada joined the list of countries that warn about the risks of its consumption: "Eating the placenta or consuming it in capsules is a personal decision, but the mother must understand that there are potential risks to her and the baby ". , as well as there is no scientific evidence that their consumption has benefits, "says the Ministry of Health. They also warn that the practice may involve health risks." The most serious are of a bacterial nature (eg group B streptococci) or related to the viral contamination of the placenta (hepatitis, HIV, among others), "the document says.

Canada does not authorize any health products that contain human placenta. With a quick Internet search you can find several Canadian forums recommending the use of this organ as well as different pages (in cities like Toronto, Vancouver and Montreal) that provide support for processing placentas in capsules. The average cost to fetch the organ and convert it is 250 Canadian dollars (about 165 euros). "Many minerals and hormones that the placenta contains help to combat the symptoms of postpartum depression," one such website says, though it does not provide scientific evidence to prove it.

Noémie Vanheuverzwijn, a spokeswoman for the Quebec Ministry of Health and Social Services, told the newspaper that parents could request placenta to be delivered to hospitals but must commit in writing to a series of measures to reduce the risks the health. . For example, wear impervious gloves and make sure the body does not contact people who do not use protection or animals. The placenta can not be sold or ceded to third parties. "In Quebec, these claims are marginal. If they are not claimed, the placentas are treated like the rest of the anatomical garbage," observes Vanheuverzwijn. Johanne Côté, executive director of the Order of Midwives of Quebec, says her institution does not yet have an official position on the matter. In turn, the Ontario Public Health Association has requested that the risks of infection be disseminated more vigorously among the medical staff and residents of this province.

The testimonies expressed in different media about the supposed properties of placentofagia are numerous. However, the scientific community is more inclined to the placebo effect, since the results have not been tested with methodological rigor and because they carry health risks. The American Medical Association does not recommend this practice, citing a study by the Centers for Disease Control and Prevention of that country on bacterial contagion. The British Association of Obstetricians and Gynecologists said its benefits are not known. In Australia, the Medical Devices Division of the Ministry of Health published in January this year a warning about the possible risks of human placenta consumption.

Other investigations, carried out by reputed institutions, point in the same direction. For example, experts at the University of Austria have concluded that no hormone or nutritional substance containing the placenta is potentially beneficial once the capsules are made. In turn, a study conducted by researchers at the University of Nevada concluded that there were no significant differences between a group of women who took pills with human placenta and another who ingested capsules with dehydrated meat. Now it is the Canadian authorities who join these voices to a practice that did not exceed their anecdotal character.