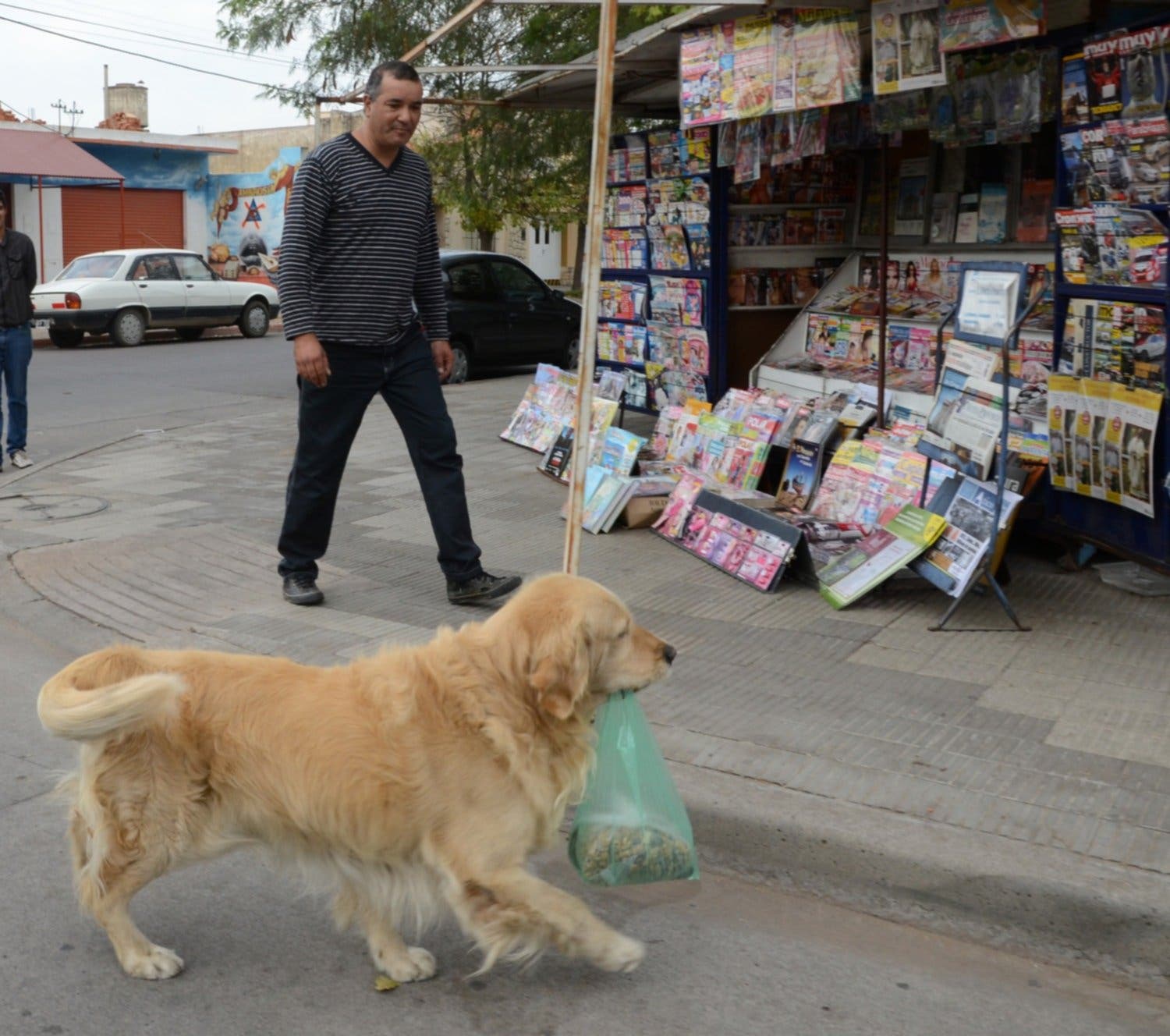 Buddy, the "dog canillita" who distributed the newspapers in Palermo and "bought" his own food, died on Friday and the neighbors, who followed in his footsteps 14 years ago, are in mourning.

Known and cared for by all, she opened and closed doors, but only when her owner authorized her. He became "famous" when he circulated a video that showed him on the way to an animal feed store in his owner's newsstand in Castelli and Charlone. The drivers of the cars crowded to see him in action and the pedestrians harnessed to pet him whenever they could.

"No matter how hard you pushed him through, he did not do it if I did not give him the order," recalls his owner, Alberto, laughing. "He was super smart the day we went to the fodder around the corner to buy his food and I told the girl that he would go alone with his bag and money, he looked at me weirdly."

The dog that buys its own food

"One day an old lady appeared to me, she came by taxi from Aldea Romana, she told me she was waiting to go see Buddy and pet him, and once, a neighbor was shown the video of the puppy in a restaurant where I I was eating with friends in France, people surprised me every day, "says Alberto.

"In fact, it was never in my plans to buy a dog, but my eldest daughter, who was then 10 years old, had seen a movie called
Friend and I wanted the same animal. I explained to him that there were many homeless people on the street to adopt. But for these things in life, they just offered me a puppy, the last of a litter, that had been left behind with his mother. I paid him almost nothing and I do not regret it, everything he gave us in those years is invaluable, "he added.

They say dogs are man's best friends and that's why Alberto felt like a "father" and was thrilled to say that his "partner"'s farewell started two weeks ago when he stopped eating.

"His tests were perfect, he collapsed in a matter of days, he had to help him stop and eat he would wet his food with bread and milk." He did not suffer, he had no pain, the vet told me that a dog of this size does not live more than 10, 12 years old, he reached the age of 14 and he is in good health, it comforts me to know that the fat man rests in peace, "he says.

"He was my friend, my family, I put up resistance in everything, I always listened, I wanted to eat all day, I had a beautiful life, cherished and spoiled by all the people who came to the kiosk."

A neighbor gave up his land to bury "buddy Buddy" in the neighborhood. "I can visit him daily, because he will always be in my heart," Alberto concluded.