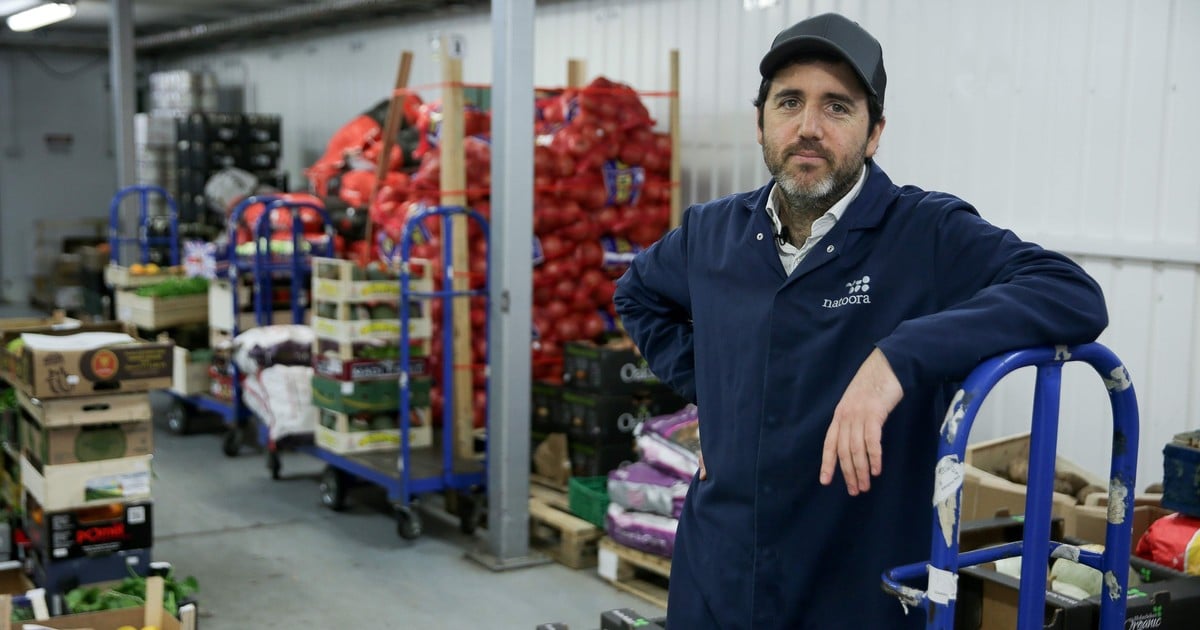 Argentinian Franco Fubini, a fruit and vegetable wholesaler in London, knows perfectly the importance of the merchandise arriving on time and he's worried about the delays Brexit might cause.

In an effort to prepare for the eventuality of a brutal Brexit that imposes customs controls immediately after the United Kingdom left the European Union on March 29, British companies began to make merchandise reserves.

For some industries, such as automotive or non-perishable foods, this is fairly easy. But in the case of the company of Fubini, who is called Natoora and is a wholesaler, but also a producer, storing fresh fruits and vegetables is impossible.

"The freshness of the product is essential," says Fubini, 44, at the company's headquarters, founded 14 years ago.

He adds: "We are a business that relies heavily on the seasons and there are a huge amount of products that do not grow in the UK, especially many fruits. We are required to bring these products from the mainland"

As part of its business, Natoora provides more than 1,000 restaurants in London, New York and Paris with fresh produce from UK, Spanish, French and Italian farms.

"As an average of all regions, it takes between 36 and 48 hours" from harvesting products to business, explains Fubini, who has about 300 employees and an annual volume of $ 38 million.

Fubini, at his company located south of London. (AFP)

Along with the boxes full of lemons and limes imported, and while the brussels sprouts that the English appreciate so much at Christmas are loaded onto trucks, Fubini acknowledges: "Obviously we are concerned about a possible supply chain disruption."

"I hope common sense, especially in something as critical as fresh food, will help us get over this."

Currently Natoora products from continental Europe arrive in England on refrigerated trucks through the tunnel under the English Channel.

"We have 4 deliveries arriving weekly from Milan, 5 from Paris, 2 from Spain … and daily deliveries from our supply chain in the UK," he explains.

And he laments: "There are few things we can do to prepare ourselves: we can not store or accelerate deliveries unless we use a helicopter. We can only wait to see what happens. "

According to Fubini, only a fifth of its sales volume can be stored: cured meats, some cheeses and olive oils.

"Fortunately, we got a new deposit, so we have a lot more capacity," he says.

Other groups, such as British Premier Foods, have already announced plans to store raw ingredients as a precaution against delays in ports.

The biggest distributor in the country, supermarket giant Tesco, predicted that since January could start to accumulate canned food.

Another company, the wine seller Majestic Wines, said it will increase its stock of bottles for a total value of 8 million pounds.

In addition to the food industry, the British automotive and pharmaceutical industries are also exploring the possibility of accumulating reserves, as well as the Rolls-Royce engine manufacturer.

In addition to stocking, Fubini is also concerned about Brexit's broader economic impact on its company and its workers, many of whom come from Eastern Europe.

"Our business is very exposed to the economic impact because we deal with issues very close to consumer sentiment," he says.

Thus, "consumption in restaurants and retail stores, especially when people eat away from home, is very sensitive to people's immediate concerns"