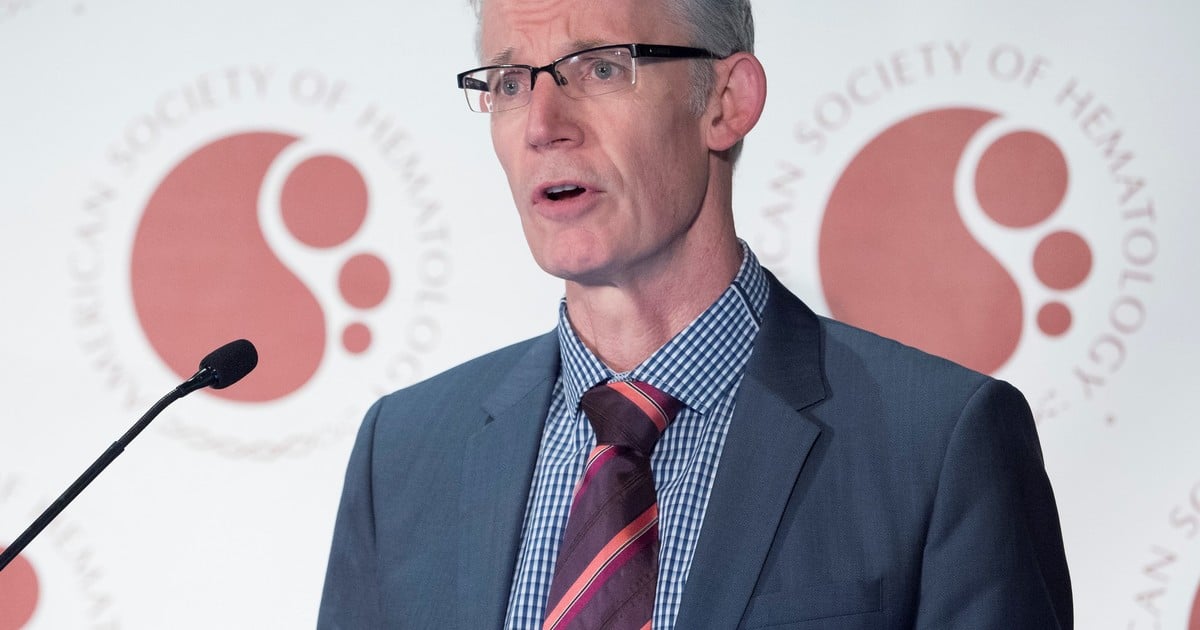 Oncohematology is living a paradigm shift with new therapies that are showing promising results in the treatment of both types of leukemia in adults: chronic lymphocytic leukemia (CLL) and acute myeloid leukemia (AML), which account for 60% of all leukaemias diagnosed in Argentina. These developments were presented this week at the American Society of Hematology (ASH) Congress, which was held in San Diego, United States, where they were able to see the results they are receiving patients receiving Average survival rates never seen before for certain groups of patients.

Regarding CLL during the Congress, we presented the progress of phase 3 of the Murano study, which tests the combination of the drugs venetoclax and rituximab for patients relapsed with this type of leukemia. A universe of 389 patients from 20 countries participates in the work. Of the 130 patients who completed a full course of treatment and then discontinued it, Estimates of remission rates at 6 and 12 months were 92 and 87%, respectively. The overall survival in three years – which are the new results obtained in this phase of the study – was 87.9%, according to a full-room presentation by the study's lead author, John Seymour, director of Oncology Medicine at the Peter MacCallum Center in Australia.

"This is good news for patients and the medical community as there were no new drugs for a long time and the results were limited and with many adverse events. change from intravenous medication to oral medication, which changed the face of the disease because it is also given for a limited time and then is stopped, "he explains. Clarin Alicia Enrico, a physician at the Italian Hospital in La Plata and coordinator of the research area.

This new therapy consists of two years of oral treatment, combined with the other intravenous drug for less time. "Once suspended, patients can be in remission without taking medication and staying. This is absolutely groundbreaking. They have been in follow-up for 36 months and there are 87% of patients with very good results, "adds Enrico.

In Argentina, these two drugs (venetoclax and rituximab) are approved as monotherapies. ANMAT is now in the final stages of evaluation for approval in the coming months for combined use.

CLL is a type of cancer that affects the blood and bone marrow. It is characterized by the accelerated generation of abnormal white blood cells. These cells, when they do their job, are responsible for fighting infections. It accounts for 30% of cases of leukemia in adults. It usually appears in patients over 70 years and is twice as common in men as in women. Of the total of the LLC, it is estimated that 30% of patients diagnosed will need immediate treatment, another 30% will need at some point in life, but initially the patient is followed up until the disease progresses. disease, and then it needs to be treated. And the remaining percentage will never require treatment.

As for acute myeloid leukemia, it is another type of blood cancer, one of the most aggressive because it is developing rapidly and is not controlled. It mainly affects primitive or immature cells, which accumulate in bone marrow and peripheral blood. These cells can not fulfill their functions and the development of the disease is accelerated. In general, patients diagnosed with this type of leukemia are those who worse prognosis and about 40% of them – who are not eligible for chemotherapy because of comorbidities or old age – had poor treatment options, so the survival rate used to be 6 months. It usually occurs in people over 45 years of age and the median age of diagnosis is 68 years.

At the ASH congress, two studies were presented in which venetoclax was combined with two types of drugs, which are those that were used in this group of patients not suitable for intensive chemotherapy: two hypomethylators and cytarabine. The first of these two studies – which used venetoclax with hypomethylating agents – was conducted by researcher Daniel Pollyea of ​​the University of Colorado in Denver, USA. The second, led by Andrew Wei of The Alfred Hospital and Monash University in Melbourne, Australia, combined venetoclax with low doses of cytarabine. In both studies they achieved high reference rates (about 60%) and a median survival of 17 months, which represents an important advance for patients who have not had any effective treatment. These combinations were approved just over a week ago by the FDA, so it is presumably that this new therapy can reach Argentina in a period of approximately one year.

"Patients who may benefit from this new treatment are those who, because of age or comorbidities, can not receive intensive chemotherapy because the same chemotherapy can cause death." For those who had very bad therapeutic options, it was these drugs, hypomethylating agents and cytarabine in low doses, but with a six-month survival, "he explains. Clarin Dr. Hernán Dick, onco-hematologist specialized in AML in the Italian Hospital of La Plata. "These studies, combining each of them with venetoclax, had spectacular results, 70% of complete responses and an average length of 16 or 17 months," added the doctor from the Hospital Gutiérrez de La Plata.

It is estimated that some are diagnosed in Argentina 2,300 new cases of leukemia per year, according to data from the National Cancer Institute.