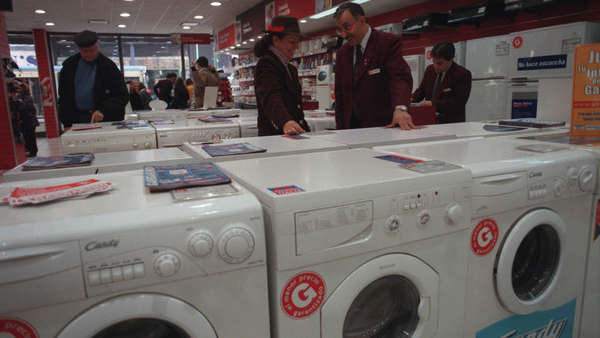 For the second consecutive month in May, the General Index of Economic Expectations (IGEE) was recovered by Kantar's consultant to measure the population's perception of the country's economic and labor situation. Yes well still remains at low levels, increases by five points in relation to the result of April and returns to the position above 70 points.

"After a first quarter with negative changes, April and mainly May show a recovery of IGEE, which returns to position above 70. While this figure is still quite low, shows a change in the trend which indicates a higher level of optimism, anchored in improving expectations for the future, "said Julieta Dejean, commercial director of Kantar.

This index was made since 2004 It recorded a significant drop in mid-2009 when it dropped to 75 points. From there, it rose to reach a peak of 125 points in October 2011, when the re-election of Cristina Kirchner materialized. Then began a new fall that came to 85 points at the beginning of 2014. He recovered with the start of Macri's management. And by the end of 2017 he started a downward path which hit bottom last March when it reached 60 points.

"Improvements in expectations about the general economic situation and employment over the next 6 months may be related a relatively stable month against the dollar and with some positive news, such as lower level of inflation and the announcement of measures to promote consumption, "said Juliet Dejean.

Another indicator that improves in May is the perception that this is a suitable for the purchase of durable goods, which grows 5 points from the last measurement. "This is important because it is an indicator related to domestic consumption. It will be fundamental to monitor its evolution in the coming months to understand if the measures taken to encourage consumption translate into an improvement in the economic climate of Argentines"-Analyzed Dejean.

"The index has had a negative trend since December 2017 and is still at very low historical levels, which is why it is necessary to be cautious before stating that there is a definitive break in the trend. Equally, the remarkable thing is that more than a year and a half have not been recorded for two consecutive months with positive changes"Dejean concluded.