Borré, the double top scorer of Pratto and the leading scorer of Suárez | River Plate 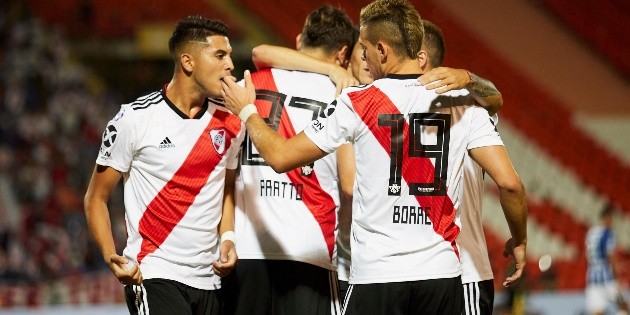 They were 11 minutes from the first half when River scored the first kick of the match against Godoy Cruz. After a poor start from the bottom for Bodeguero, Exequiel Palacios took the ball to go in front of the rival goal and answered Lucas Pratto.

The Bear was located in the left part of the large area when he grabbed the ball, was outlined and he took out a missile in which goalkeeper Ramirez could not do anything.

Then, in the 29th minute, Rafael Borré stretched the score after a penalty Ariel Penel sanctioned and in which there were no discussions after a hand in the area of ​​Godoy Cruz.

Already in the complement, in the first minutes of it, Lucas Pratto scored 3-0 after a good cross by Milton Casco and a better definition of the head by the bear.

About 37 minutes, Matías Suárez controlled the ball in the penalty area and fired the ball into the empty net. to then transform a lot into your presentation.

In this way, River wins his first official match of the year and reaches a positive result after three declines for the segment in the monumental stadium.