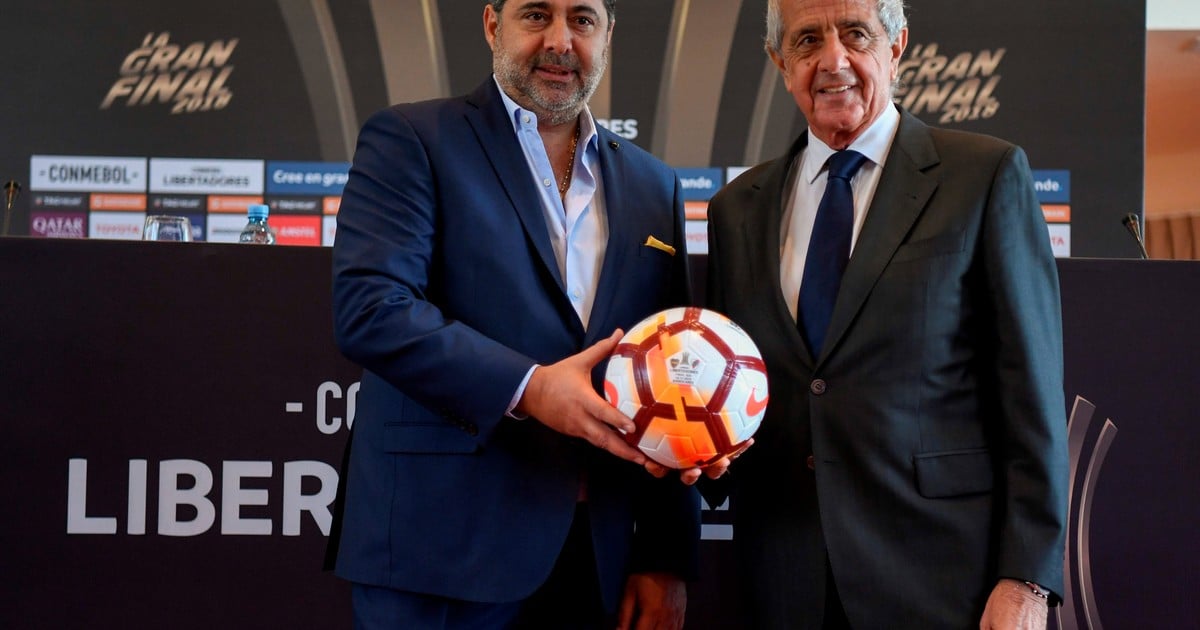 If the war has already been cold, the thaw is already unstoppable and can lead to a definitive break. Rio and Boca, Rodolfo D & # 39; Onofrio and Daniel Angelici, their presidents, left behind the stage of diplomacy.

"It would be one of the greatest betrayals one can make," shot D & # 39; Onofrio; "I did not filter the minutes, and that put the people of Boca in me," replied his colleague Angelici.

The second Superfinal, which is not yet known whether it will be played, seems to contain a paradox: the end of a relationship that was never more than a marriage of convenience. The postponement of the definition of the Copa Libertadores reopened old wounds. That Saturday, 24, after the brutal assault on the micro that led to the establishment of the Mouth to the Monumental stage, there was a meeting of the directors with Alexander Dominguez (president of Conmebol) in which it was decided to attend the party the following day.

That means play. What was then reflected as a covenant of knights had not so chivalrous shadows: a strong earlier discussion between D & # 39; Onofrio and Angelici, with allegations from both sides. In the same way, the three (including Dominguez) signed a letter, committing them to play the next day.

That same night he began to execute the version (later reaffirmed in a formal written complaint) that Boca would go to everything (after the campus rebellion before its president).

In other words: by the disqualification of the River and the Cup won in the table. From Núñez, they immediately spoke of treason.

In the words of D & # 39; Onofrio: "There is no chance of them starting Boca for the table. It would be one of the biggest bets anyone can make," said Riverplatense owner. He added: "We will meet with Angelici in Asuncion and I will ask him what has happened since shaking hands after signing something at Fair Play until he presents this note at Conmebol. We traveled to Paraguay to give us a new date and play in our court and with our audience this final, although I feel a bitterness and a pain for everything. what happened ".

His response was not delayed: "River can say what he wants, but I did not filter the act. On Saturday, an agreement was made, a pact of knights to pledge to be played today (Sunday) at 5:00 p.m., if we were in conditions.And today the minutes were in the media.It bothered me a lot.The people of Boca put me on top. "

The declared war goes to the headquarters of Conmebol in the city of Luque, Paraguay. There on Tuesday Boca goes to the points, with a strategy based on what happened in that Superclass of pepper gas in 2015, when Conmebol punished the place according to article 18 of its regulation. There River will defend the idea of ​​playing the second final, planted in articles 19 and 56, according to which the loss of points requires that two circumstances coincide: a) a serious incident, whose responsibility can be attributed to the club; and (b) that this serious incident determined the outcome of the match.

Rio also sent a written statement of their position, also adding the antecedent of the aggression that received the micro-Independent (uninjured) on their arrival at the Maracanã stadium in Rio de Janeiro to play in the final of the South American Cup of Brazil. last year. This match was played and the red of Ariel Holan was consecrated champion.

Dona Onofrio did not restrain himself: "River can not be held responsible for what happens to a bus that goes to the campus through the city." There were strange things and security did not protect Boca at any moment, alone. " Then he skated: "The Safety of Mouth should have closed the window curtains, as they recommend us when we go as visitors. Maybe there was some gesture of a football player that caused someone to be upset … I do not justify, but you you have to be careful. "

With nothing to hide, Angelici also did not measure his words: "I maintain and I repeat that the fights are won and lost on the court, but I am not the owner of the club, I am the president." The partners wanted to make a claim on Conmebol based on regulation and I have the responsibility as president to uphold the regulation.Everything is within the regulation. "

Long gone were recent joint images, for example, the night of November 4, when they were in the program Debo Tell, America, to defend the position of both of them to dispute the two finals without visitors, despite the opposite idea of ​​the president Mauricio Macri. . After discussing the impracticability of the presidential suggestion for them, the driver Luis Novaresio pressed them to answer if they would play with the visitors. There the two presidents agreed, "No."

The next day the refusal became official, which, in the light of events, seemed correct.

Or that afternoon of November 9, in which they held a press conference accompanied by the presidents of Conmebol (Alejandro Domínguez) and the AFA (Claudio Chiqui Tapia), to convey a message of peace.

On that day D & # 39; Onofrio said: "What a beautiful thing to be able to enjoy and be part of this final." This is a game in Argentina and South America, we are different from the passion we live in. The winner will be happy and the loser The next day follows everyday life So when I hear it's life or death … It's a game It does not change our lives Let's prove that football can be a bridge. the front is a rival, someone who wants to win. "

And Angelici added: "It's an expected final, not only for all Argentines, but for everyone." Boca fans are proud to have reached this final and all Argentines should be proud. and the loser, with sadness, but the next day must continue working. "

This Tuesday, in Luque, D & # 39; Onofrio and Angelici will be face to face again. And on the way to war.