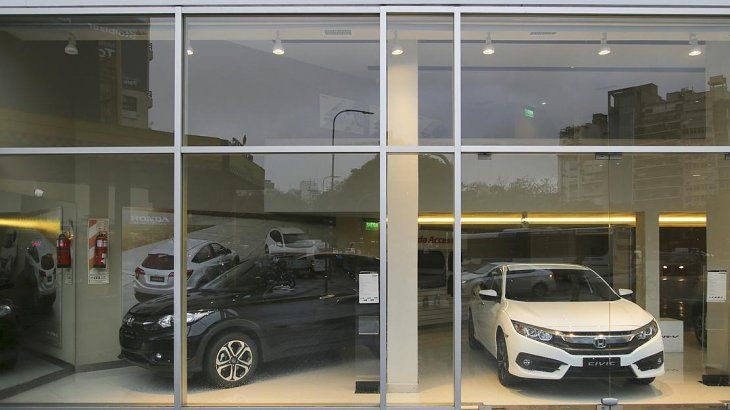 In the concessionaires it is estimated that it will close in the order of 65,000 units. In the first month of 2018, 120,558 were registered. "We've been selling half of the cars for a year," said the manager of a leading brand dealer. Keep in mind that January 2018 was the best start of the year in history, so the comparison is more difficult, but beyond that condition, current demand is among the lowest levels in recent years. Except for the 57,771 patented units that only took over the Government of Maurício Macri in 2016, this will be the worst of January in recent years. At the time, he received an activity almost paralyzed due to the lack of a dollar at the end of the Kirchner government.

The rise in prices during the second half of 2018, as a result of the jump in the dollar since the end of April, is the determining factor for this market collapse. In January, the general brands applied new increases between 2% and 6%. To this must be added the increase in interest rates and the general economic uncertainty that discourages indebtedness. Half of the car purchases are made through quotas, either through traditional financing or through previous savings plans. In this context, there are no buyers at the points of sale, so the number of tickets (current sales made by the dealerships, the patents made last month) is very low.

In the sector, they estimate that after March or April there may be an improvement in demand and the year partially reverses their bad moment. But that's a guess. Today, the numbers are worrying. If the activity is projected from January to every year, the market hardly reaches 600,000 units. This is seasonally the best month of the year for the number of operations that are delayed in December to patent the model with the date of the following year. That's why January is the strongest month.

At dealerships they continue to offer substantial bonuses to acquire a 0km before collapsing sales. Recall that the estimated stock of cars was 260,000 units in December. At the current level of demand, it covers practically until the middle of the year. At the discounts offered by the factories, those made by each concessionaire are aggregated according to their needs. That is why there is a lot of price disparity. Discounts may reach 25% or more of the list's value. In an imported brand dealership, they acknowledged yesterday that models that hit the list value of $ 22,000 can be bought for $ 16,000 if the deal is made in cash.

Added to this are the price changes in many models, due to the modification of internal taxes. Many fell. For example, Mercedes-Benz, BMW and MINI have launched lists priced up to $ 7,000 lower than at the end of 2018 in several of their vehicles. Others increased due to the increase in the taxable base of this tax that passed to $ 2 million. The Toyota SW4 case was the first, as this paper published on Monday. This mark was followed by others. Citroën raised the Grand C4 Spacetourer from $ 1,360,000 to $ 1,490,000, an increase of 9.5%. In addition, it re-marketed the Spacetourer utility, now at $ 1,500,000. Meanwhile, Renault has updated Koleos's values ​​from $ 1,033,600 to $ 1,571,551 in its initial version and from $ 1,295,000 to $ 1,969,000 in total. In addition to these increases, the fall in premium vehicle prices will put a ceiling on the adjustments that can be made to the high range of general brands, which in turn will limit increases in the middle range.