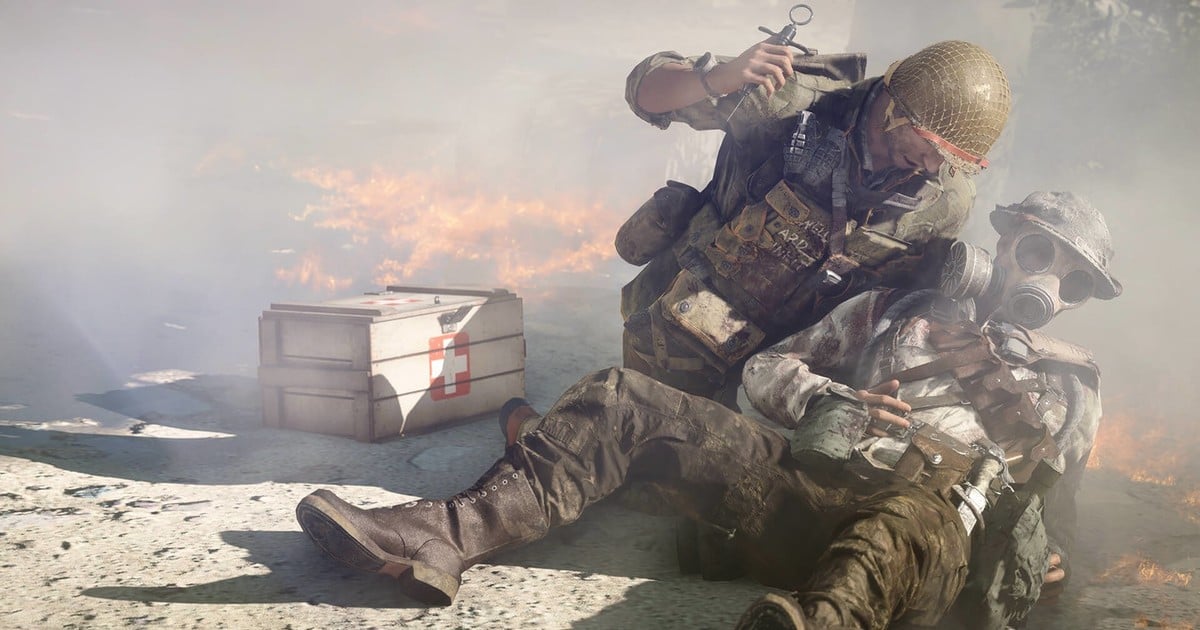 O first person action games they once again had a year of great competition, but only a few can boast of offering a realistic simulation of an armed conflict. With 13 titles in its curriculum, the series Battle field Electronic Arts has been looking for years and its last installment based on World War II is a great step in this direction, without appealing to the repeated recourse of the landings of Normandy or the Battle of Stalingrad.

After having tried his luck with World War I, the Swedish developer DICE takes up one of the war scenarios that have been used most often in this class of video games and in which the series was born in 2002. At that time, his vision of World War II – the same historic period that its main rival, Call of Duty, chose last year – remains faithful to the will to represent the harshness of war, without neglecting any of its nuances.

From the outset, Battlefield V is committed to clarifying the harshness of this war that confronted the great powers and left millions of victims. Throughout a succession of various scenarios, the player makes contact with the mechanics of the game, their weapons and vehicles through soldiers on both sides (English and German) by land and air.

Always with the epic as a flag, but without neglecting the sober character that characterizes the whole game, the campaign mode called "Stories of War" is a good way to get started in Battlefield V. These are three independent stories in scenarios many different. rarely portrayed of World War II.

In this case, we will meet with resistance heroes, as in "Nordlys", which faced the Nazis in Norway in 1943, the soldiers who fought in France, the RAF pilots or the men who faced the Afrikakorps in the desert.

Finally, "The Last Tiger," released as free downloadable content on December 5, puts the player in the shoes of Peter Müller, commander of a Tiger I tank during the last weeks of the war, and the experiences of his crew. Here is a sample of the German army, emphasized between ideological fanaticism, patriotic duty, and the vicissitudes of war.

In addition to the return of various classic modes, such as "Domination" or "Conquest", Battlefield V decided to increase the bet with the "Operations" game mode that was already present in the previous edition. The new "Great Operations" is a multi-scenario campaign that lasts four days and puts the player in the shoes of an Allied or Axis soldier. Falling into enemy territory, moving forward and trying to survive on a last day with limited resources is the most exciting mode of the game.

One point to highlight Battlefield V is that this varies greatly depending on whether you have a group of friends to play with. Teamwork and good communication are key when it comes to succeeding in different modes, not to mention online multiplayer, and it is also how the game is most appreciated.

And if we add to everything the visual and sound show, which is taken for granted in any production of the Swedish team, Battlefield V also does not disappoint in these aspects. The Frostbite 3 graphics engine again offers a recreation that highlights the details of large-scale scenarios and an immersive sound that accompanies the vertigo of unrestrained action. Every shot, every blast feels like and where it has to feel; And if you add to that the possibility of destroying homes and buildings, breaking walls and even blowing up vehicles, the gaming experience becomes complete.

The "Battle Royale" mode, popularized worldwide by Fortnite and PUBG, also reached this chapter of the Battlefield franchise. While the so-called Fire Storm will not arrive until the early months of 2019, rumors suggest it promises to host up to 64 players on the "biggest map in the saga's history." Obviously, the idea behind this delay programmed by DICE and Electronic Arts is to extend the interests of the actors as much as possible along with other free content.

With ambitious multiplayer mode as a standard and despite the odd error, Battlefield V is a first-person shooter that re-emerges in general and marvels at all viewpoints, even those who are not fans of the saga. .