November 23, 2018 – 18:38
It's so similar to the sun that scientists say it's not just your sister, but your twin sister. An international team of astronomers has detected a star that looks like a stroke of the king of stars. They called it HD186302 and are 184 light-years away.

It's so similar to the sun that scientists say it's not just your sister, but your twin sister. An international team of astronomers has detected a star that looks like a stroke of the king of stars.

It has the same temperature and luminosity, a chemical composition very similar and almost of the same age, about 4,500 million years.

The twin star, called HD 186302, is 184 light-years away and will allow scientists to investigate the Sun's birthplace, which remains a mystery.

"As there is not much information about the Sun's past, studying these sister stars can help us understand where in the galaxy and under what conditions the Sun has formed," said Vardan Adibekyan, an astronomer at the Institute of Astrophysics and Sciences, in a statement. of Espaço de Portugal, who led the research.

Astronomers have been searching for sisters of the Sun for a long time, that is, stars that formed in the same cloud of gas and dust as ours. So far, very few candidates to be solar sisters have been identified. 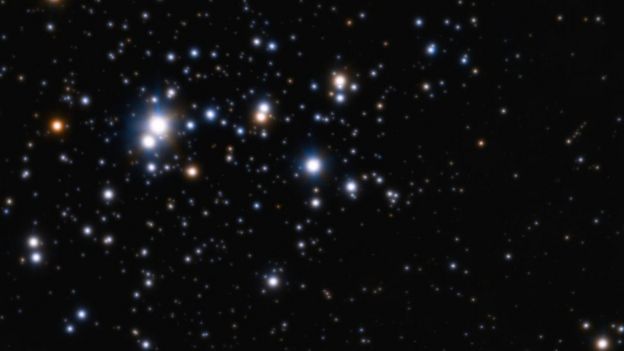 In this cluster of stars there may be many Sisters of the Sun, but it has been very difficult to detect them.

It is known that thousands of stars formed in these cradles or nurseries stellar, but with the passage of time dispersed in the Milky Way, so it is very difficult to find them.

Adibekyan and his colleagues used a sophisticated method in their research.

The scientists also used this spectral data in a very large sample of stars obtained thanks to the European satellite Gaia.

One of the big questions that astronomers will try to answer is whether a planet around the HD 186302 could harbor life.

"Some theoretical calculations show that there is an undeniable probability that life could have extended from Earth to other planets or exoplanetary systems during the period of the last heavy bombardment," Adibekyan said. The intense bombardment was a period of about 4,000 million years ago, when the bodies of the Solar System were hit by large asteroids.

The possibility of detecting signs of life in a solar twin exoplanet enthuses Adibekyan.

"If we are lucky and our solar sister has a planet and the planet is rocky, it is in the habitable zone and finally, if that planet has been contaminated by the seeds of life on Earth, then we have what we can dream of: a Terra 2.0, orbiting a Sun 2.0 ".