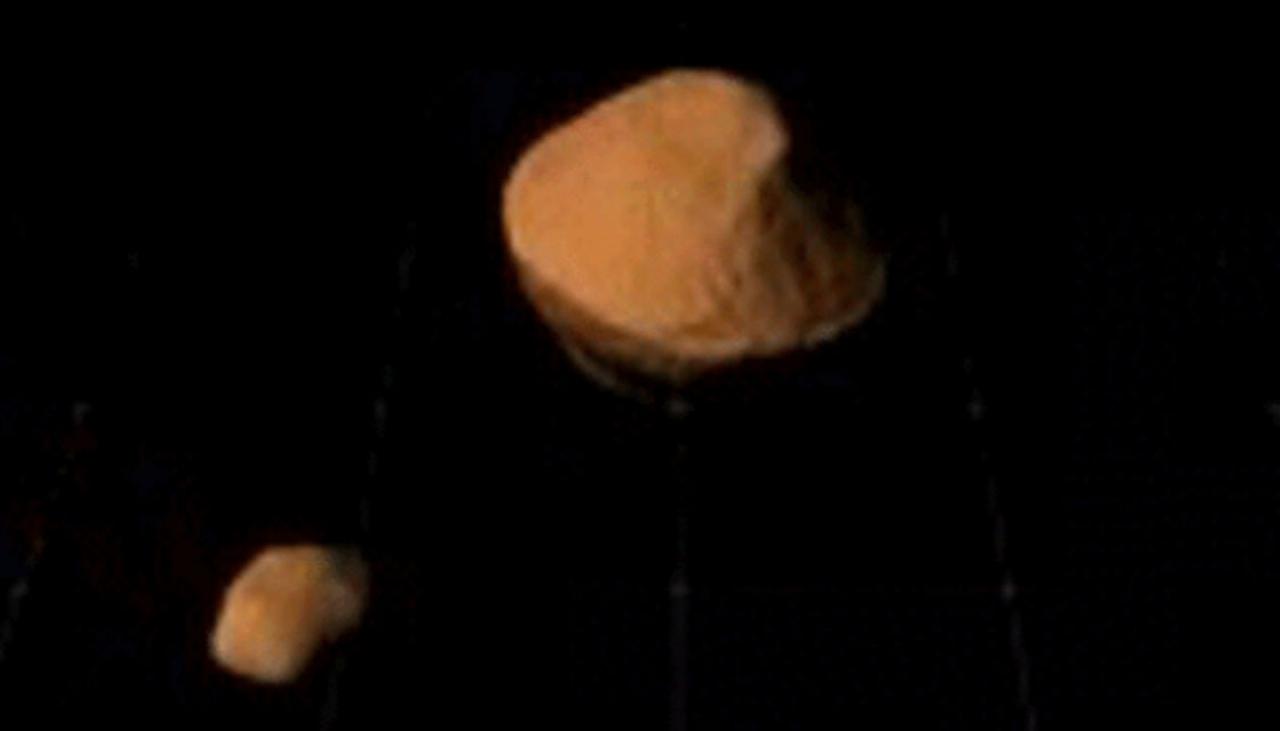 An asteroid that invades Earth this weekend is so big that it has its own moon.

Asteroid (66391) 1999 KW4 is a binary system – two asteroids orbiting one another. The largest is 1.5 km in diameter and resembles a top or a muffin, and the smaller ones measure 500m.

Due to its size, the 1999 KW4 is classified as potentially dangerous by the Minor Planet Center. But it poses no threat to Earth this time, and will fly just over 5 million miles away – close to an interplanetary scale, but far enough away we do not have to worry.

"The asteroid will approach the south, and the first day of visibility also coincides with the closest approach," according to NASA.

It will travel about 21.5 km per second through the constellations of Puppis and Antlia. Reports from EarthSky 1999 KW4 may be visible to sky observers with telescopes, particularly in the southern hemisphere.