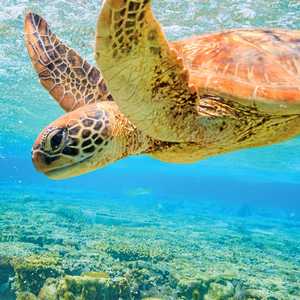 MARCO at 6:30 p.m. on Thursday, Jan. 10 at The J, Noosa to watch a new documentary by a Chernobyl researcher that shows that the Great Barrier Reef is in grave danger due to mismanagement of neighboring lands.

The film, Assassination in Recife, by geochemist Allen Dobrovolsky of the Gold Coast and filmmaker Alex Fitzwater, compares the mismanagement of Australia's Great Barrier Reef with the Chernobyl disaster in 1986.

"Similarly, poor environmental management has led to the environmental disaster at the Gladstone port on the Great Barrier Reef in 2011," said Dobrovolsky.

"Since then, the reef has undergone unprecedented back-to-back bleaching events that have killed half of the corals.

"This is due to the warming of the oceans caused by climate change. The collapse of an entire ecosystem is imminent unless action is taken."

According to Dr. Dobrovolsky, the next imminent disaster of reefs will be on a much larger scale due to the expected global increase in the rate of bleaching events.

With 50% of the Great Barrier Reef Corals already exterminated, a further increase in ocean temperatures will have catastrophic effects.

"I would like people to move away after seeing the documentary understanding that the reef is affected so much that without human intervention, it will die," Dobrovolsky said.

The film reveals a lack of cooperation among government, marine research scientists, activists, politicians, indigenous leaders and the general public as being a central factor in the rapid decline in reef health.

The budget for the Marine Corps Authority of the Great Barrier Reef was hampered by successive governments.