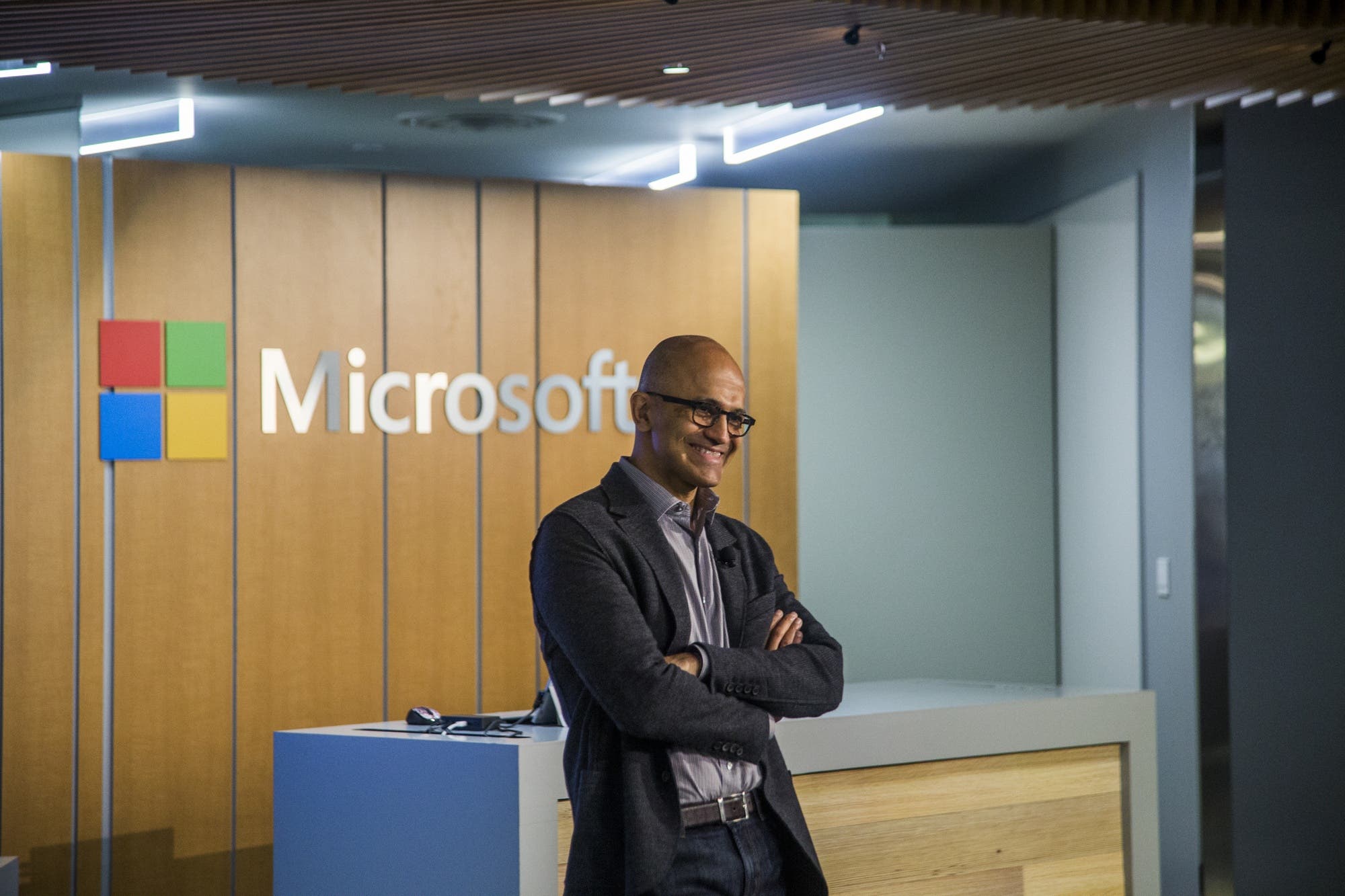 Just a few years ago,

was considered a clumsy company that lived in its
successes of the past in the technology sector.

It was huge and still quite profitable, but the company lost its sparkle, just as it fell behind or went bankrupt in the markets of the future,

, surveys, online advertising, and cloud computing. Its stock price weakened and grew only three percent in the decade ending in 2012.

However, his current story is very different. Microsoft is competing shoulder to shoulder with Apple for the world's most valuable company title, both with more than $ 850 billion, thanks to a stock market listing that has risen 30% over the years. last twelve months.

The company has focused on its strengths

The short-term response, related to stock trading, is that Microsoft has been better than others during the recent stock sale of technology companies. Apple's investors are worried about
drop in iPhone sales.
Facebook and Google face persistent attacks on their role in spreading false news and conspiracy theories; There is also concern from investors that their private policies may scare users and advertisers.

However, the most important and lasting answer is that Microsoft has become a case study on how a previously dominant company can lean on its strengths and avoid being a prisoner of its past. The company completely embraced cloud computing, abandoned an erroneous foray into the smartphone market and returned to its roots, primarily as a technology supplier to corporate customers.

This strategy was underlined by
Satya Nadella shortly after she became
CEO of the company in 2014. Since then, Microsoft's stock price has nearly tripled.

He bet high on the cloud and won

Microsoft's path to cloud computing – the processing, storage, and use of software as an Internet service from a remote data center – has been long and sometimes disrupted.

Its predecessors of cloud computing date back to the 1990s, with Microsoft's MSN Online Service and later,
Bing search engine. In 2010, four years after Amazon entered the cloud market, Microsoft introduced its service. However, it does not have an offer comparable to that of Amazon until 2013, according to analysts.

Even so, Microsoft's cloud service was a minor business. The corporate center of gravity continued to be Windows, its operating system, the axis of wealth and energy of the company during the personal computer era. This changed after Nadella replaced
Steve Ballmer, who had been executive director for fourteen years.

Nadella made cloud service a priority, and the company now ranks second after Amazon. Microsoft has nearly doubled its market share to thirteen percent since the end of 2015, according to the Synergy Research Group. The participation of the Amazon has been constant, with 33% in the same period.

Microsoft has also redesigned its popular Office applications, such as Word, Excel and PowerPoint, into a cloud version,
Office 365. This offer serves people who prefer to use the software as an Internet service and gives Microsoft a competitive advantage over online application providers such as Google.

The financial results of the change came little by little at the beginning, but now everything is accelerating. In the year ending June, Microsoft revenue rose 15 percent to $ 110 billion, and operating profit rose to $ 35 billion, up 13 percent.

"The essence of what Satya Nadella did was the drastic change of the cloud," said David B. Yoffie, a professor at the Harvard Business School. "This has made Microsoft a high-growth business."

It is the perception that Microsoft is on a high growth trend, which boosted its higher price.

He moves away from unsuccessful bets

When Microsoft
acquired Nokia in 2013, Ballmer praised the decision as "a bold step forward" with

. Two years later, Nadella turned away from that future; took up $ 7600 million, almost the entire amount of the purchase, and laid off 7,800 workers.

Microsoft would not compete with the leaders of smartphones, Apple, Google and Samsung. Instead, it would focus on developing applications and other types of software for enterprise customers.

The company has a successful consumer franchise thanks to its

. However, it is a separate unit, and while it generates revenue of $ 10 billion, it accounts for less than ten percent of the company's total sales.

He opened his technology and culture

it will no longer be your center of gravity or your anchor. Microsoft applications will not only work on Apple's Macintosh software but also on other operating systems. Free and open source software, once the anathema of Microsoft, has been adopted as a vital tool of modern software development.

Nadella preached a mentality that seems exterior. "We need to be insatiable in our desire to learn from the outside and take that learning to Microsoft," he wrote in his book "Hit Refresh," published last year.

The company's financial performance – and stock price – has suggested that Nadella's formula is working.

"The old Windows as an anchor scenario slowed down innovation," said Michael A. Cusumano, a professor at the Sloan School of Management at the Massachusetts Institute of Technology. "The company has changed culturally, Microsoft is again an exciting workplace."