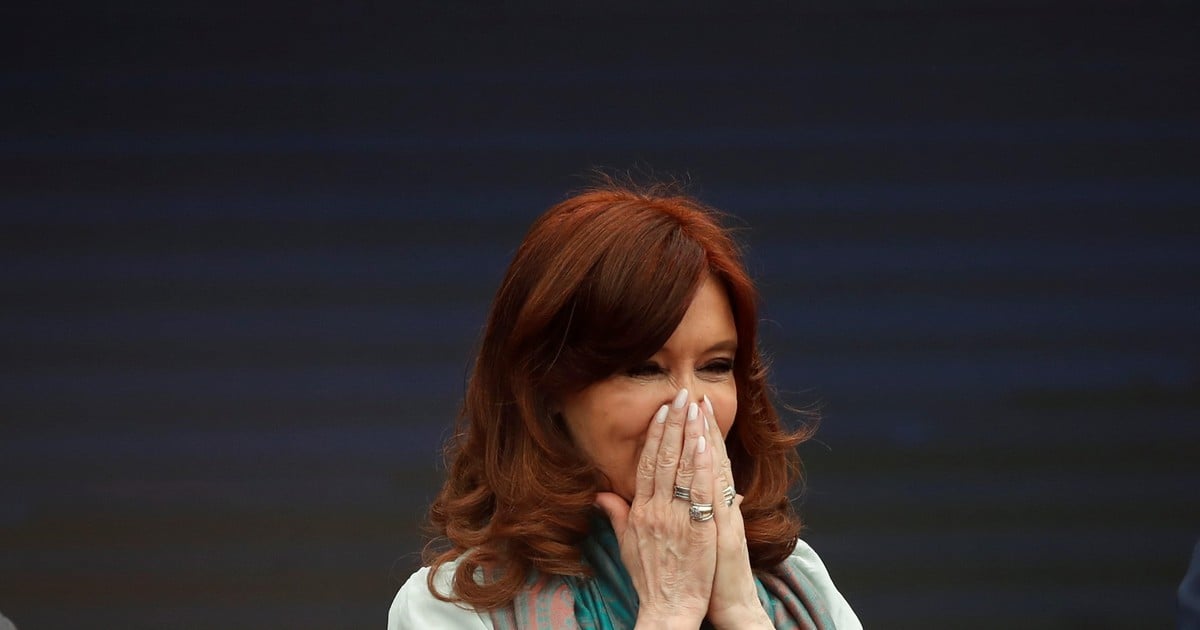 Mid-March: whether or not it takes 90 days to order the national map. Before the end of February, because it takes time to set up the campaign and the space of May, almost at the right time because it is your style.

Behind the question of whether Cristina Kirchner will be a candidate for the presidency, another enigma floats: When, in what step of the 150 days that are missing for the closing of the lists, the ex-president will give yes or no?

Just as he celebrated the Peronist mega-unit that Sergio Uñac and José Luis Gioja sealed in San Juan, during these hours he celebrated Manzur's speech in favor of a Peronist unit that includes him. Regardless of what this interest assumes, it still does not provide clear clues.

"Everyone who talks to her says what she plays: who she wants to be, who saw her determined to be, who prefers not, who noticed that she wanted to be a grandmother", graphic, between irony and malice, an operator.

In the first Cristinista ring they give a clue: according to how the provincial grid is mounted. In the next 50 days, there are closed lists in ten provinces, including important districts like Cordoba, Santa Fe and Entre Ríos.

For March, in addition to these three provinces, the Peronist armed group will be defined in San Juan; Tierra del Fuego, Chubut, Neuquén, Rio Negro, La Rioja, San Luis and, perhaps, Tucumán. The range and depth of the unit can be measured.

But on the vast continent of the PJ, at the table that Gioja coordinates, they want the doubt to be clarified sooner. The Sanjuanino concentrated on accommodating the electoral apparatus to a primary. Circle, sui generis, the name "Patriotic Front".

"If she is going to be, she has to make clear in February the order of the campaign and the political assembly: now anyone says what they want and does what they want," says a leader who visited her at the end of the year. "Chaos does not win elections"synthesize

It is a political, but also a logistical look: there must be leadership and the axis of the campaign, consultant, big data. In the PJ is generally underestimated that the gear, but, after two swords change in 2015 and 2017, pay more attention.

Another important reference interprets in March or early AprilCristina must show her letter: to be or not to be. "Structuring the whole country, lists of deputies and senators, territory, campaign and prosecutors take 90 days, and it is not the same with her or without her," he explains. Clarin.

"Its lack of definition is a brake on important campaign decisions," adds another leader. A Colombian risks that if he will not compete in person, Cristina will announce with some anticipation that it will not be in the battle to help the PJ be ordered.

Talk about "Hadad effect", in reference to the candidate muletto, about the hour, which Lula da Silva supported in Brazil and that could not magnetize Lula's vote.

There is a difference about the term, but they are nurtured by the same perception: the system and "militancy" they need certainties and it is not a minor uncertainty that it is not clear whether Cristina will be in the ballot box or not.

In a campaign command of a K candidate, it is stated that on tours, fans and local leaders ask to know which candidate they will have to leave to support the campaign. "They are paralyzed," explains a shipowner.

So far, for official Pan-Persianism they move Felipe Solá and Agustín Rossi, returned to the ring with stumbling Daniel Scioli and zigzags, between his re-election plan and a hypothetical national adventure, Alberto Rodríguez Saá.

With the launching act and vice-candidate, Guillermo Moreno was added. Axel Kicillof is the "national" leader, but in the sandbox K his name appears in the chapter of Buenos Aires as a potential gubernatorial candidate.

"She is worried that someone will recover", says a Claron Peronist and understands that, if not noted, Cristina must "choose a candidate". "But if in March he did not say he will not be a candidate, let's assume he will be," guess.

Point there: in December, before leaving for the south, the former president accumulated several conversations with social leaders, mayors, legislators and candidates and hammered with the prediction of a pronounced deterioration of the government of Mauricio Macri.

This reading requires a subtitle in the dialect K: worse Macri, better Cristina.