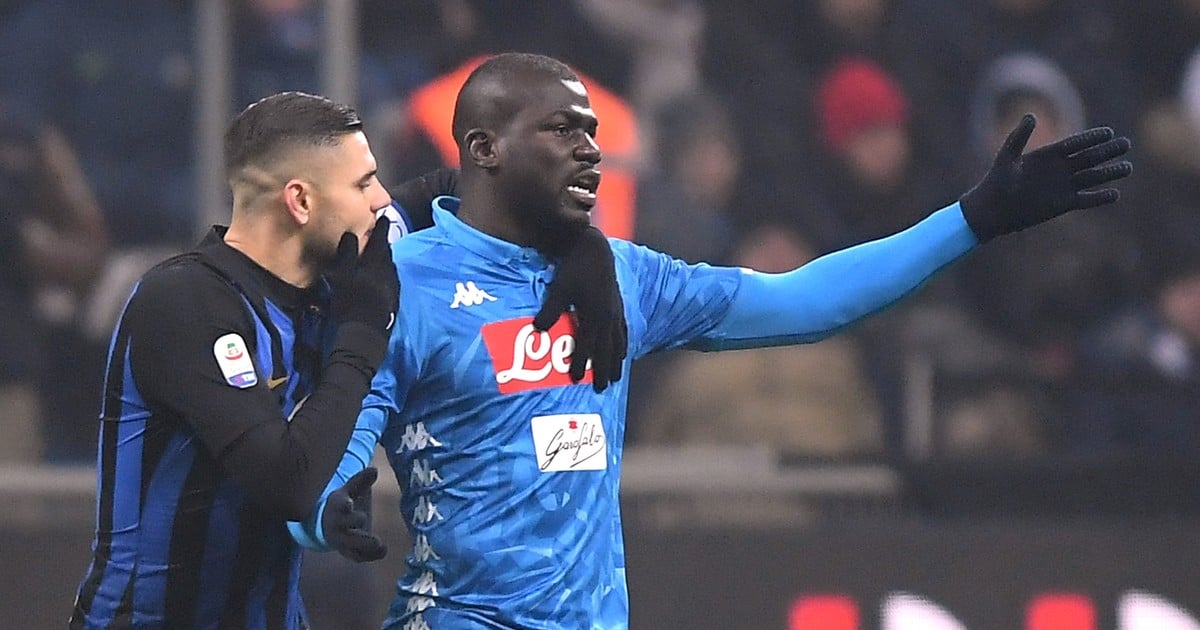 Napoli coach Carlo Ancelotti revealed that during the match against Inter they were asked three times to suspend the match due to the constant racist cries of the local fans against defender Kalidou Koulibaly, who was expelled.

"We asked three times for the suspension of the match and there were three announcements, but the match continued," Ancelotti told Sky.

On several occasions, Koulibaly – a Senegalese born in France – was shouted by Inter fans, who mimicked the howling of a monkey to attack him.

"The player was nervous, his mood was not the best. He is a very correct and very professional player. It's not like him, but he had those screams all the way ", explained Ancelotti in relation to the expulsion of the defender of the Napoli.

Although the stadium's voice asked three times for the fans to end with the racist screams, the referee of the party, Paolo Silvio Mazzoleni decided not to interrupt the game.

Koulibaly was sent off with 15 minutes remaining for a double yellow card.

His first alert was for an infraction to Matteo Politano and the second to have applauded the referee.

At the close of the match came the goal of the Argentine Lautaro Martinez for the 1-0 victory of Inter in one of the matches of the 8th round of Serie A.

"That sounds like an excuse, but the player was agitated, nervous, this is not good for us or for Italian football, there is a solution. You have to stop the game. You just need to know how many ads. And if you do not know, next time it will be us that will stop him, "said the former coach of Real Madrid and Bayern Munich.

After the game, Napoli's defender was injured by defeat and mourned for his reaction despite having inflated his chest against racist acts. "I am proud of the quality of my skin, of being French, Senegalese, Neapolitan: man."

This is not the first time a case of this kind has been experienced. In April 2017, an extreme case was experienced when the Ghanaian player Sulley Muntari of Pescara decided to leave in the middle of the Serie A match against Cagliari after hearing racist chants from the podium of the rival team. The referee, who did not hear the podium attack, warned the player of his angry complaint.

Muntari once told the meeting that it was a boy who started with the racist insults against the 32-year-old who tried to set the example by giving him the shirt. But in the second stage the songs continued. And although the player approached the podium to ask them to stop, the answer was no.

Ghana said what bothered him most was the attitude of the referee who, according to his version of events, chastised him by "raising his voice" and telling him not to interact with the audience.

Four fans of Napoli were stabbed in the vicinity of Giuseppe Meazza in the pre-match against Inter after a confrontation between supporters, according to the Italian newspaper La Repubblica.

One of the four wounded had to be hospitalized: he is a 43-year-old man who suffered a knife wound in his stomach, although his life is not in danger.

The other three suffered minor cuts and, after being treated by medical personnel in the area, were able to enter the stadium and watch the game.