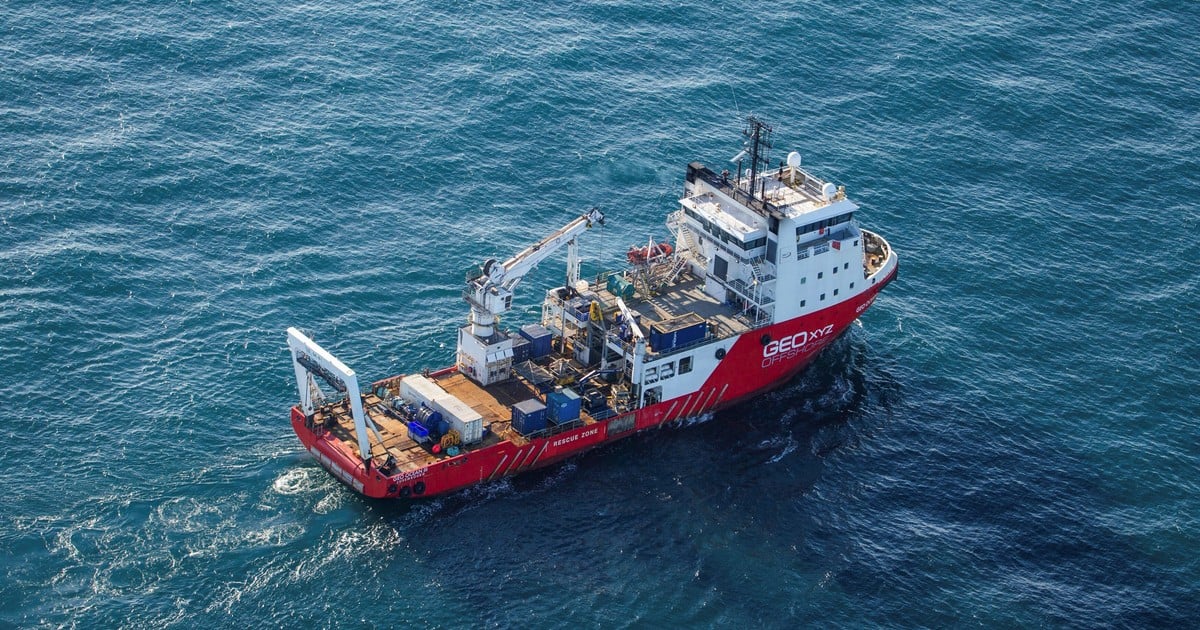 A new attempt to recover the body among the remains of the plane that was carrying Argentine footballer Emiliano Sala is underway at the moment. A spokesman for the British Accident Investigation Agency (AAIB) has confirmed Clarin the operation and explained that it is "a continuous rescue attempt".

The agency decided to renew the "charted" of the ship Geo Ocean III, whose contract with the British Ministry of Defense expired yesterday, to continue the search with robots of vehicles that are in the ship in the Channel.

One of the boats (orange) that participated in the search efforts of Emiliano Sala remains moored Wednesday in the port of Guernsey in the English Channel. (Photo: EFE / Manuel Sánchez)

The AAIB has its investigators on the ship. So far, the underwater images have not found the second body. Only one, which appeared in the underwater video of when the plane Piper Malibu was found.

Emiliano Sala (28) and British pilot David Ibbotson, 58, were traveling in the single-engine vehicle and asked to descend from 5,000 to 2,300 feet in their last contact with the tower on Jersey. This was the last communication on January 21 at night. Then it was lost on radar until it was found on the seabed, 24 miles from the island of Guernsey, last Sunday.

The AAIB agency believes that it is not necessary to use divers, which could easily reach the 63 meters of depth where the aircraft is located. Because of the horrible weather conditions in the English Channel, windows of opportunities to operate robotic vehicles favor this possibility and not human action.

If they recover the body, the second step will be to rescue the plane. The ship has the elements to perform this operation immediately, as explained Clarin the AAIB spokesman.

The operation is delayed because you can only work during the period known as "Slack Water", when low tide and high tide change. The operating time lasts just over an hour and is repeated twice a day.

"Due to strong tides, we can only use the vehicle operated remotely for limited periods and this means the process will be slow", Warned the AAIB agency.

Once the body is recovered, it will be transferred to Great Britain and will remain in the hands of the British coroner for an autopsy to initiate legal process. The ship has no plans to return to Guernsey.

The Sala family continues in Nantes. The brothers of Emiliano, Romina and Darío, their mother Mercedes, and their five friends remain in the hotel, but They plan to move to London in the next few days. The club has put in a translator and they are a group as painful as closed to the demands of the press. They are angry with the transcendents that have been published. They live in a hotel supported by the Nantes club, the friends of Emiliano and the players of the French team.

They have an obsession: to identify the body, to know if it is Emiliano's and that there are no immediate difficulties to transfer it to Progreso, his city of Santa Fe, Argentina.

David Mearns, the oceanographer for the Blue Water Recoveries who was hired by the family and found the remains, assured that "time is short."

Nala, Emiliano's dog will be transferred to Argentina.

Nala, Emiliano's black labrador who accompanied him in his solitary life in Nantes, will return with the Sala family to Argentina. All official documentation has been completed so you can travel. A photo of her published by Romina on social networks thrilled everyone. "Nala is waiting for you too," wrote her sister, with a photograph of the dog waiting outside her door.