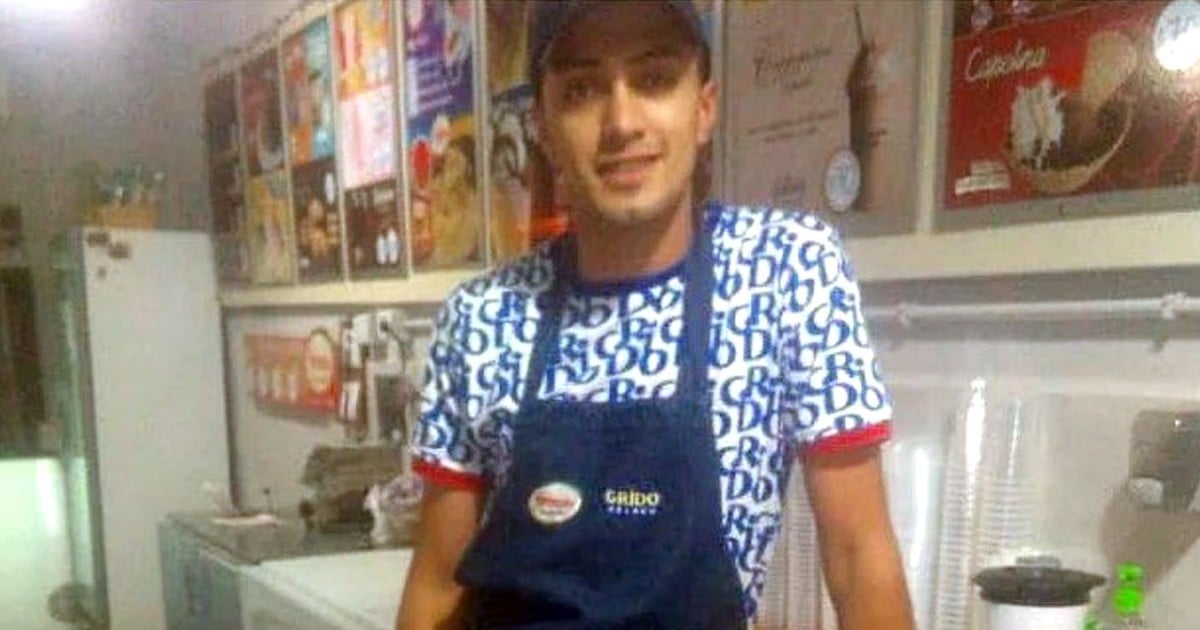 Rogelio Escudero is a young ice-cream man of 22 years, who has a daughter of one year and nine months who works in the branch of La Paz, Mendoza, of the ice cream shop Grido. On Thursday, January 3, he found a client's wallet on one of the store's desks. No hesitation, of course, he kept.

Lili Arancibia, a neighbor of the region, traveled everywhere she had gone, without being sure where the wallet had been forgotten. Inside, the woman I was carrying 20 thousand pesos. When he approached the ice cream shop, not remembering if he had forgotten the values ​​there, the ice cream man told him that he had saved her.

The young man is 22 years old and works at Grido Ice Cream Parlor.

The very lively woman decided to tell the story on Facebook, which quickly became viral.

"Today I lost my wallet with $ 20,200 and after two hours I realized I did not have it.I started looking for her at home like crazy with my husband and I did not find her.Then I remembered where I had gone. The truth is that we only remember two places: first we went to the bank, where we received the amount of money I am telling you, and then went to an ice cream shop. When I arrived very desperate in the ice cream shop, the boy who was participating told me a smile on his face (in a joking tone): "Here nothing was forgotten". And my heart exploded with happiness. I had forgotten my wallet at the Grido ice cream shop.… "

"His name is Rogelio Escudero, he returned my wallet intact, I want to thank him publicly for what he did and ask God to bless him for being such a good person." I also want to thank Rogelio's parents for raising their son with great values ​​and a huge heart … I only have words of thanks. "

The curious thing is that the same day, January 3, Ramiro Núñez, another young man from La Paz, Mendoza, found a portfolio of $ 2,000 in the GNC Parador, where he works.

Ramiro went to clean the table where the visitor was and saw the wallet containing the money. Without hesitation, the 20-year-old, along with his colleagues, began a search on Facebook, aided by the data from the man's cards.

Finally they found Estanislao, a neighbor of San Luis who had this money to start a family microenterprise that without Ramiro's honesty would have been tarnished