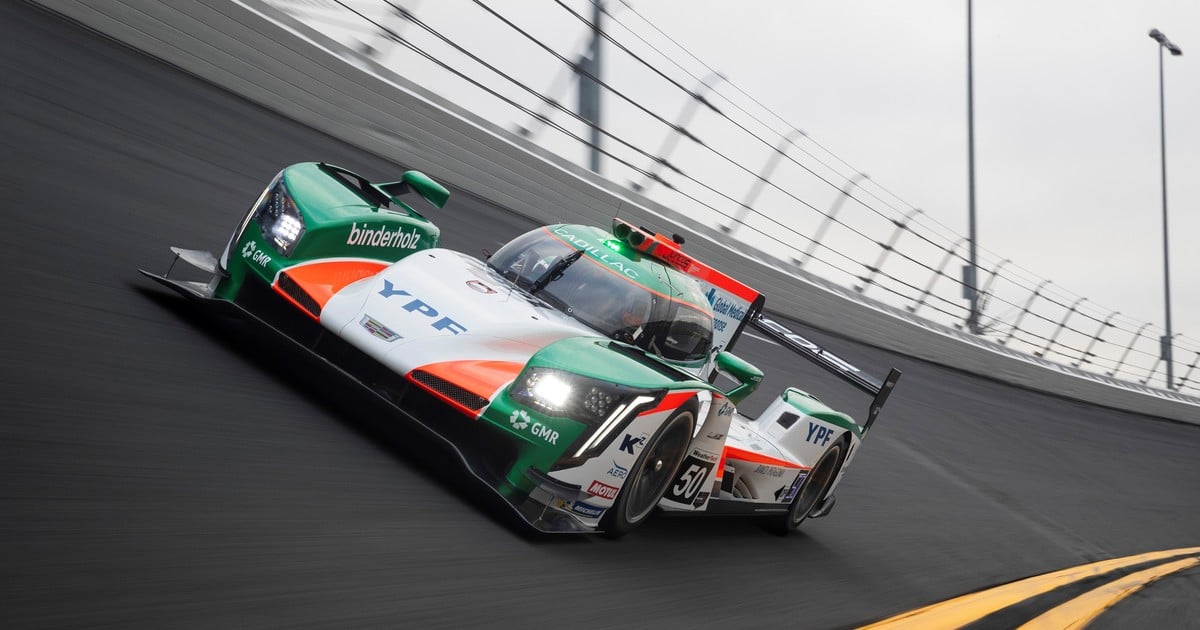 In the state of Florida, just under an hour from Disneyland, on Interstate 4, Agustín Canapino builds his own paradise of dreams. There are no Mickey Mouse ears or Jack Sparrow boats, but for him it should be pretty much the same. The best.

There, in Daytona Beach, the Argentinean must feel like a good part of the 70 million tourists Orlando receives every year thanks to the world's most famous parks. And we should avoid awakening after the performance he had over the training weekend. "It's impressive and totally unexpected.We're in everyone's mouth in the American paddock and nothing is a coincidence," said the reef, after finishing in eighth the classification for the choice of boxes, with a performance that sometimes equaled the best of the category DPi (Daytona International Prototype).

The 24 hours of Daytona in which Canapino will participate this weekend had the first practices, which were closed with the classification for the order of the boxes. Nothing that defines anything in the face of the race on the 26th of this month, but a good platform to know where Juncos Racing, the team of Argentine Ricardo Juncos, was standing.

Canapino at the wheel of the 50th Cadillac (Photo: Juncos Racing)

In the mythical race of the Daytona International Speedway, on Friday Agustin was 4th, surprised more than one (including himself) and began to establish himself as the main face of a team that has two other newcomers in the quartet that complete the premises Will Owen and Kyle Kaiser and the Austrian Rene Binder.

Saturday was the fastest Cadillac in the average of five laps and Sunday, post-workout, made the lap of qualifying, which reached a time of 1'34s796 and finished in 8th. Canapino who is a newcomer to this type of competition was, for example, just three-tenths of former Colombian Formula One driver Juan Pablo Montoya (three-time winner of the test) and Jordan Taylor, who got the race in 2017 and He was the owner of pole position in 2018.

Juncos Racing has arrived with humble purposes as one of the four private cars (whose drivers provide sponsors) that theoretically start with less chance than the seven official team cars, owners of the own budget and pilots specifically hired to represent them . . And yet, Canapino and company were not only the best among the private: they also got very close to the authorities in the fast laps.

"We know the car and we show that our strength is not the fast lap, but the pace of the race, which is very important for a 24-hour race. "Juncos Racing is impressive, everyone was surprised," said Canapino, who is living his own version of Disney and does not want to wake up from that dream that promises more chapters.

More than one, even, is encouraged to dream of a chance in Indy Car, the most important category in the US. But we'll have to go step by step …